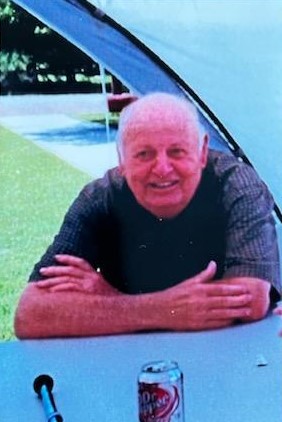 As a fourth generation Hill, he lived his early years at the family ranch at Cascade and attended the country school at Cascade. He transferred to public schools in Hot Springs from grade 7 to graduation. Richard was athletic and played football, basketball and held several records for high school. His discus record stood for 15 years.

Richard served a four-year apprenticeship in sheet metal. He loved sheet metal and made several sculptures throughout the early years and displayed his work in art galleries. We have some of his art at home to remember him by. As a testimony of his skills, he was never out of work in the Seattle area. Richard lived mostly in the Seattle area for 30+ years before his retirement and returning to South Dakota. He designed and built their retirement home near Pringle, SD.

Richard married Beverly Chase in 1956, and they lived in Hot Springs until they moved to the Seattle area and then back to South Dakota in 2020. They have two children, Don and Cari Hill. They both live nearby in the Hot Springs/Pringle area.

He is survived by his wife, Bev; son, Don (Alice); daughter, Cari; two grandchildren, Ann (Dennis) Fleck, and Alyssa (Phillip) Inouye; sister-in-law, Arlene Mitchard and her son Alan and wife Neva; cousin, Calvin and Julie Hill and their family; stepbrothers, Garry, Jerry and Ted Underwood and their families, and many nieces and nephews.