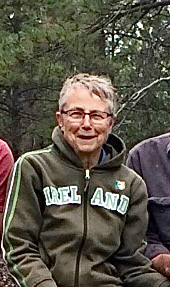 After high school, Carn went to Black Hills State University in Spearfish and graduated with a teaching degree. They first lived in both Rapid City and Belle Fourche, S.D. where their 3 sons were born. She did substitute teaching for a time, until she accepted her first full time teaching position in Hot Springs in 1970.

Carn was loved and respected by her students, peers and many people in the community. She was very driven and eventually obtained her Master’s Degree in education in 1984. She spent her later years working as the school counselor and helping many of her students through difficult times with her caring, kindness and understanding. Connecting with and protecting her students and helping them to realize their worth and potential was her superpower!

Terry and Carn were married for nearly 60 years. They loved spending time together driving through the Black Hills and enjoying nature. They were avid golfers and spent many years golfing together at the Southern Hills course. They also took many trips to Alaska to spend time with family and go fishing.

Carlton was preceded in death by her young son, Steven (Stevie); her parents, Wilber and Violet, and Brother-in-Law, Gary Holman (Kay).

Private family services will be held in Redfield.

Arrangements have been placed in the care of Chamberlain McColley’s Funeral Home in Hot Springs, S.D. Condolences may be left at www.chamberlainmccolleys.com