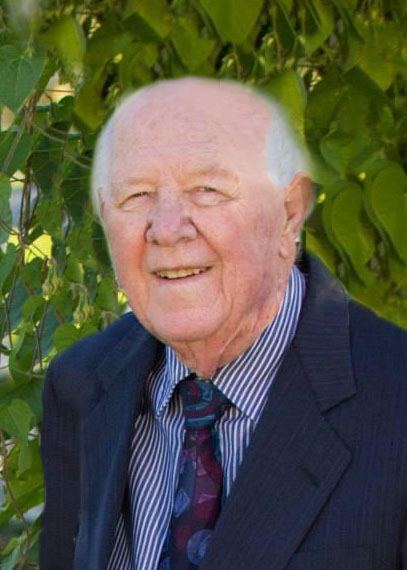 Cornelius M. Boekhout, 95, of Rapid City, S.D., passed away into the Lord’s arms surrounded by family on Tuesday January 4, 2022, at his daughter’s home.

Corney was born December 11, 1926, in Mobridge, S.D. to Cornelius and Thea (Hollingstad) Boekhout. He spent his early years in Philip, S.D. and graduated from Hot Springs High School in 1945. After high school Corney worked for several years in Hot Springs before being drafted into the Armed Forces in 1950. Also, before joining the Army Corney met and married the love of his life Maxine (Mickey) Bettleyoun. In the Army Corney served overseas in Korea during the Korean Conflict. After returning from Korea Mickey and Corney welcomed their first of seven daughters and one son. After working his way up to Manager in the Red Owl Grocery chain he was recruited to work for Farmers Insurance Group. While with Farmers he became one of the Top District Managers in the US. In his 40+ years with Farmers, Corney achieved membership in the Elite group of “Presidents Council” members 20 plus times, along with many other sales and leadership awards. Corney loved his company and the people he recruited and mentored along the way. He, a man of strong faith, was also very active in his Church. He served as Church President many times and in various other capacities along the way. Also, he gave his Church another gift, his lifelong love for music, by serving as Choir Director for many, many years and singing whenever he got the chance. In remembering Corney many people would probably agree that his greatest contribution to society was that of being a great husband, wonderful father, and grandfather. Along the way, and in retirement Corney loved flying his airplane whenever he got the chance. Also, Corney and Mickey loved to travel and go camping, whether it was just them or if they had the grandkids with them, they loved to camp with family, relatives, and friends.

In lieu of flowers the family has asked that all memorials be directed to Peace Lutheran Church in Rapid City, or to a charity of the Donor’s choice.