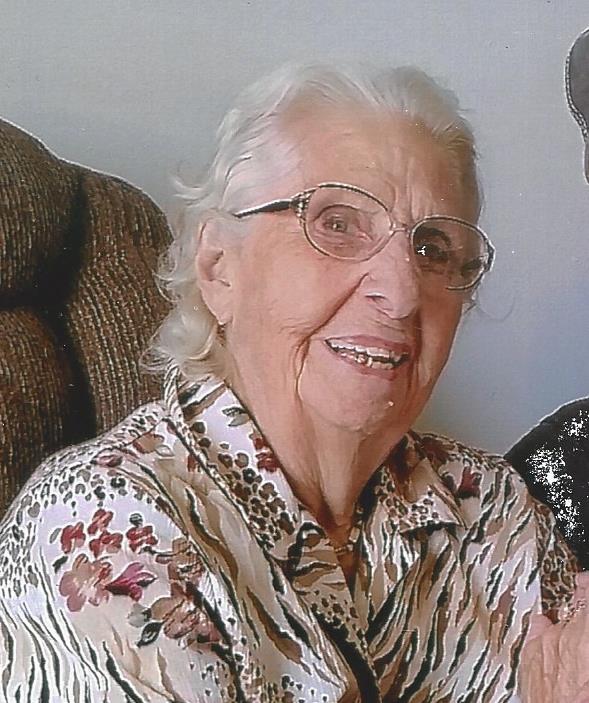 Marjorie Lucy LaPlante Williams was born the third child of Lewis and Lucy Arpan LaPlante on December 1, 1921, in Timber Lake, S.D. She joined her mother, Lucy, in the family along with sister, Mable and brother, George, since her father had passed away during the summer before Marjorie was born. She spent a lot of her growing up years on the Rosebud Reservation attending boarding school and thus her family moved there to be near their children.

In her early adult years she married Barney Peoples and to this union three children were born. They lived in the eastern part of South Dakota to be near their daughter who was a resident of a special needs school.

In the early 1960’s, Marjorie married Clifford Singsaas and they moved to Oregon, spending many years in that area.

In 2010, she became friends with a widower from the Veterans Home, A.J. Williams, and they were married in 2011. Through the remainder of their lives they remained residents at the Home. A.J. passed away on November 12, 2020.

Marjorie was a blessing to all who knew her and she was a very talented lady. She was a lovely artist who taught herself to oil paint after the age of 70 while living on the west coast.  She loved to sing and spoke fluent Lakota. She was blessed to enjoy her 100th birthday party hosted by the State Home on December 1, 2021. Shortly thereafter, on December 12, 2021, she left this earthly home to a heavenly home God had prepared for her.

Left to mourn her passing are one son, Bernard Peoples of Virginia and three stepchildren, Waymon Williams; Carolyn Fouts and Tim Williams, plus their families and a host of other relatives and friends.