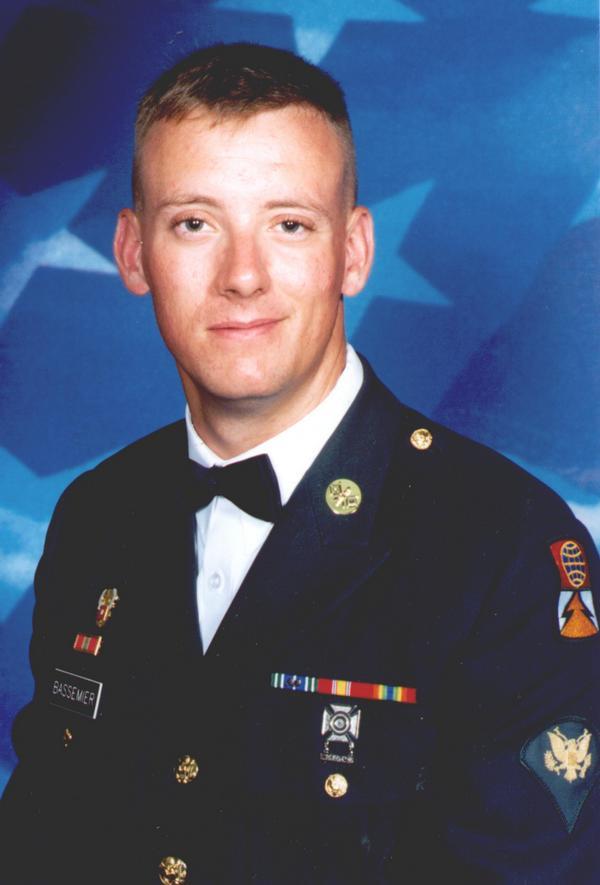 Carl David Bassemier, Jr., 46, a proud veteran of the U.S. Army, passed away on November 6, 2021. Bass, as he was known to many of his family and friends, was born August 18, 1975 to Carl and Mary Bassemier (née Schatz) in Wiesbaden, Germany. He grew up in Custer, S.D. and graduated from Custer High School before enlisting in the U.S. Army in 1994.

As a Staff Sergeant and Airborne Trooper for the Army, Carl saw action in Iraq and the Persian Gulf, often telling many “colorful” and intriguing stories of his time there, commonly referred to as “War Stories with Uncle Bass.” Some of his favorite pastimes included romping the Black Hills in his woodland camo and ghillie suit, while toting his favorite weapons, honing in on his survival skills, and practicing his marksmanship.

The U.S. Army recognized Carl for his honorable service with an Army Commendation Medal, an Army Achievement Medal, the Army Expert Shooting Badge with Rifle Marksman Qualification, and a dozen other awards for his superior service. Incredibly humble about his service impact, Carl didn’t speak much about these accolades or much about his time in the Army, but he was an exemplary soldier and lifelong patriot, through and through. Those who knew him, know he lived the values of the Army in all he did; putting others before himself, being a loyal friend and confidant, all while making others laugh at his self-deprecating humor and his blunt and honest outlook on life.

After his time on active duty, Carl transitioned to the Nebraska Army National Guard in 1998 and went to college at Chadron State College, graduating Summa Cum Laude with a BA in Criminal Justice in 2002. He returned to “Hillbilly Hooverville” (Custer) and became a Drill Instructor, eventually becoming a Youth Treatment Supervisor, for the Department of Corrections STAR Academy until it’s closure in 2016. Carl honorably retired from the Nebraska Army National Guard in 2014. He then began working as a Homemaker for the Michael J. Fitzmaurice State Veterans Home in Hot Springs. He was proud of becoming a CNA in “Vetstown” and cherished serving veterans by providing care and companionship to the residents.

A memorial service to honor Carl’s life and military service will be held at the Black Hills National Cemetery in Sturgis, S.D. on December 3, 2021 at 2:00 p.m. Following the services, we will be gathering at the VFW Post 1273 in Rapid City, S.D. to celebrate his life. His family requests that remembrances be made in the form of contributions to the Gary Sinise Foundation in Carl’s name.