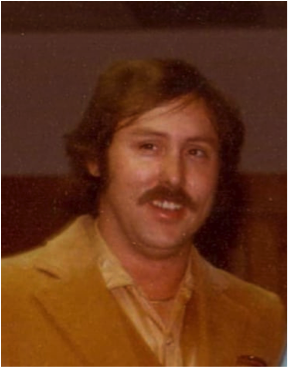 Mike attended Edgemont Schools until his graduation in 1973. He attended motorcycle school in Arizona and this is where he met the love of his life, Christmas. They were united in marriage June 21, 1991 and Mike became an instant dad to Sam, Joe, Natalie and Annabelle. Natalie’s daughter Destiny quickly became Mike’s shadow and he enjoyed building her playground equipment and showing her how to pan for gold and other important skills she needed to learn.

As time went on many other grandchildren were added to their family, thus “Papa” became his new moniker. Mike was a skilled artist who carved benches, bears, eagles, etc. with a chainsaw, painted pictures and grew gardens. He was able to repair cars, motorcycles and anything with a motor. He loved going to auctions and found value in items that others would overlook.

In 2016 Mike and Chris moved back to McAlister, Okla. to be closer to family. Michael loved dogs and had many throughout his life. The family thanks Hospice for all of their help.