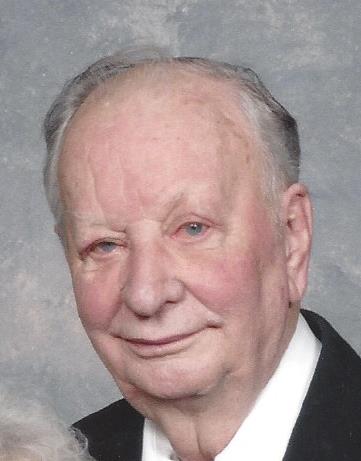 Skip was born to Frances and Rueben Heimark in Rapid City. Orphaned at one, he moved to a ranch north of Box Elder and was eventually adopted by Orin Howard, a bachelor rancher.

At seventeen he graduated from Rapid City Central a semester early to join the U.S. Navy at the end of WWII. After marrying Alice M. (Carlson) Howard and starting a family, he was recalled to the U.S. Navy and sent to the Korean War.

Upon return, the family lived several places in South Dakota, staying longest in Pierre where he was a very active community member: President of the JayCees, head of the Boys Club, involved in politics and the church.

He and his wife retired to the Wyoming side of the Black Hills in the early 90’s to build their dream home of their own design.  They then moved to Hot Springs, at first to escape the winters and then full time, the last few years at Pine Hills Retirement Center.

Skip was preceded in death by his wife, Alice; his sister, Colleen Schoenfield and his grandson, Billy Kliche.

A memorial has been designated to the Hot Springs Food Pantry.