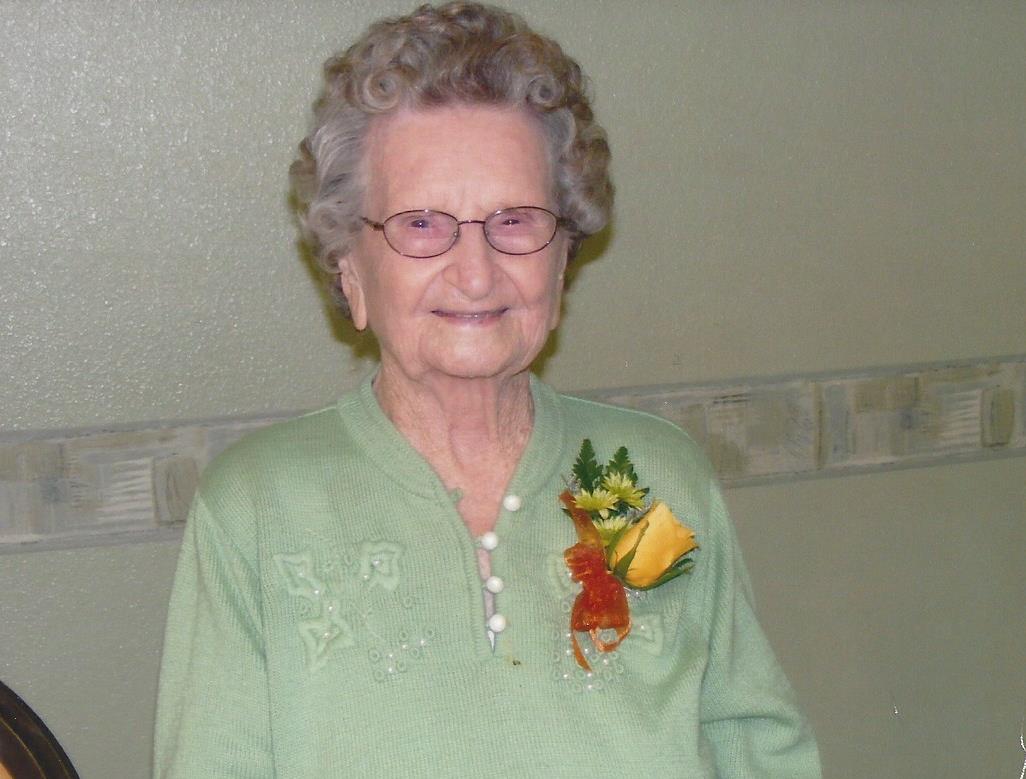 Caroline was the second of seven children. She grew up and attended two schools in Red Canyon. She completed her education attending the Edgemont High School.

After high school, she worked at the Tom Colgan Home and also for the Curls. It was there she met Barney Curl and on April 1, 1934 they were married. To this union two children were born, John and Mary.  Barney and Caroline began their married life first living at Wind Cave and later moved to Edgemont.

Caroline’s interests were many; sewing, knitting, and crocheting to name a few. She sewed many hours for her family and others. She was the church treasurer at the Assembly of God for many years. She worked at the Rainbow Motel, Southern Hills Elevator and Edgemont Lumber Co.  She also volunteered many hours at the museum in Edgemont.

After retiring she cared for Barney until his death in 1992.  During these years she had a large part in the Edgemont Centennial Book and wrote Red Canyon Echoes.

Visitation and funeral services were held Saturday, October 23, 2021, at the Edgemont Assembly of God Church in Edgemont. Committal services followed at Edgemont Cemetery in Edgemont.

Arrangements have been placed in the care of Chamberlain McColley’s Funeral Home in Hot Springs, South Dakota.