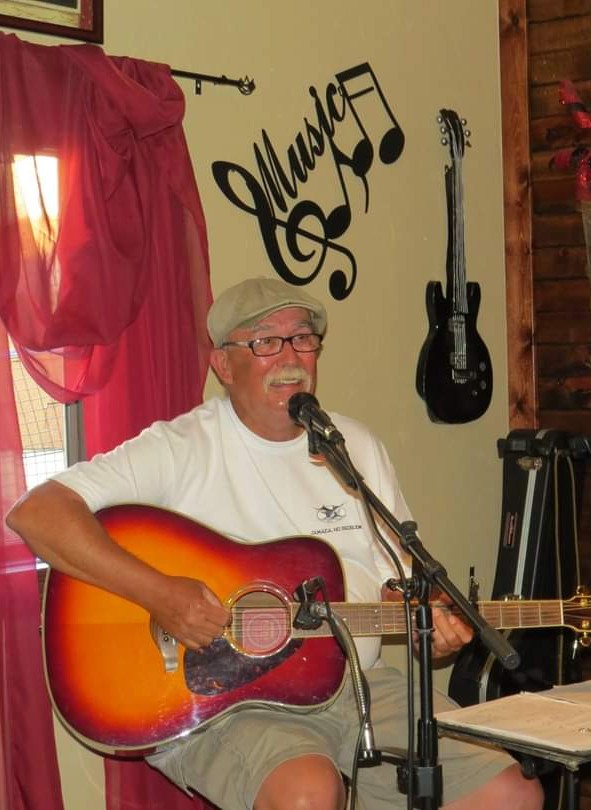 Dan was born on July 20, 1949, in Lenox, Massachusetts, to Daniel Healey and Harriet (Peaslee) Healey. As a young man, Dan moved west and married Gwen Anderson on September 15, 1978 in Spearfish, S.D. After starting their family in the northern Black Hills, Dan and Gwen eventually settled in Hot Springs where they raised their two children, Dale Patrick and Kara Shannon, and spent countless hours meeting new friends and sharing their love of music at numerous open mics, jam sessions, and festivals. Dan was a skilled vocalist and guitarist, and he knew his way around a harmonica. He never passed up the opportunity to share his passion for music with those around him.

He was preceded in death by his parents, and two sisters, Virginia “Ginny” Hammerle and Mary Ellen Foley.

Per Dan’s wishes, no services will be held. In lieu of flowers or donations, Dan’s family asks that you please spend quality time creating fond memories with your family and loved ones.

Dan’s children would like to extend their heartfelt thanks and appreciation to Paul and Debbie Nabholz, Frank and Peggy Gregg, Ray Walker, Brad and Bonnie Exton, and John and Dusty Pence for their friendship and assistance to Dan and his family throughout the last few years of his life.