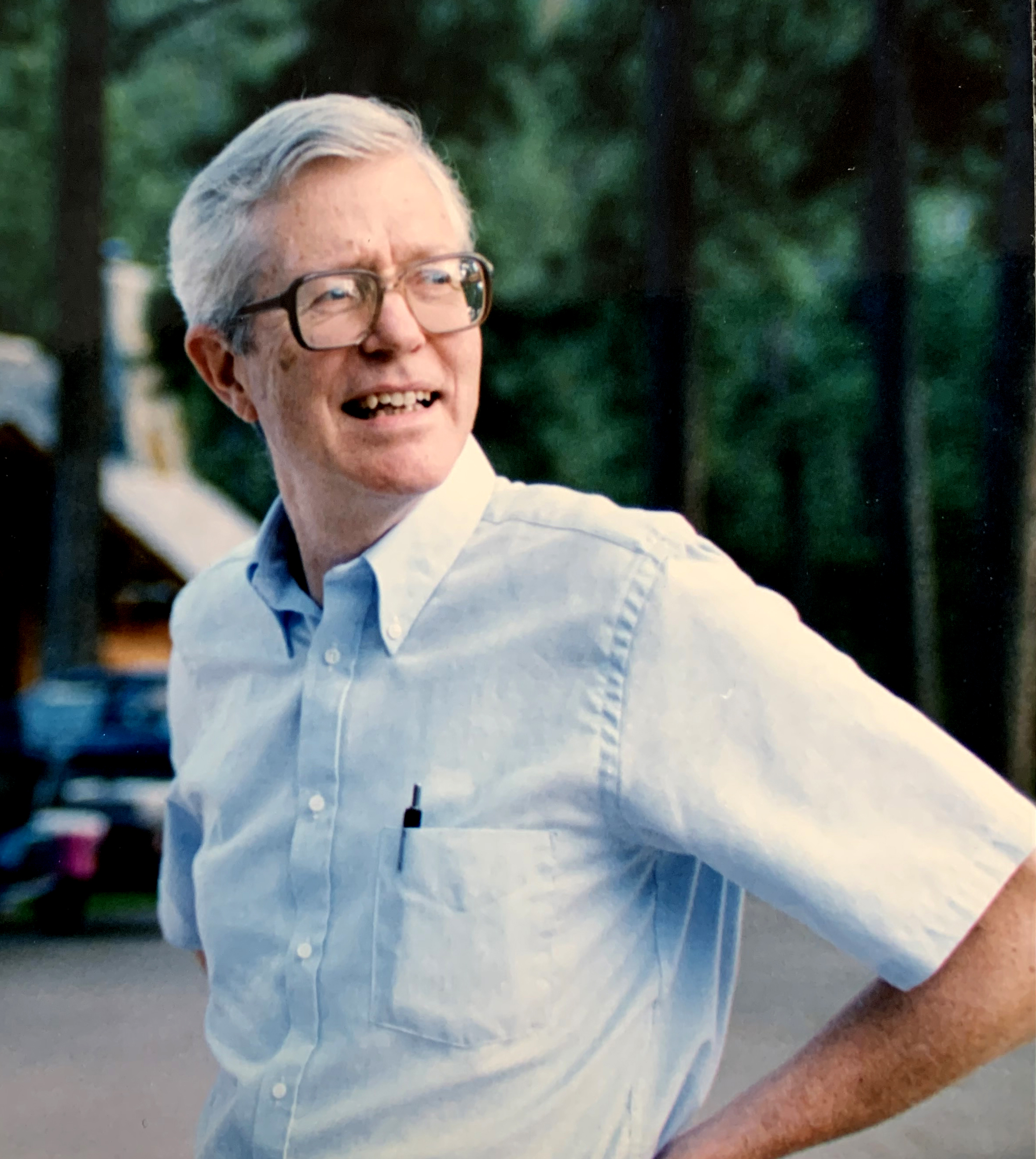 Les Jensen, 90, died August 28, 2021 in his home in Ashland, Oregon, of chronic lung disease. Leslie Ward Jensen was born February 12, 1931 in Aberdeen, S.D., the son of Leslie Jensen, Collector of Internal Revenue for South Dakota, and Elizabeth Ward, the daughter of an Aberdeen hotel man. When his father was elected governor of South Dakota in 1936, he lived for two years in the state capital of Pierre. In 1940, when his father was posted to Ft. Ord on the Monterey Peninsula in California, Les spent a year in the charming little town of Carmel-by-the-Sea. His father, by then Col. Leslie Jensen, spent much of World War II in the South Pacific with South Dakota troops. Les spent the war years with his mother and sisters first in Aberdeen and then in Hot Springs, S.D., where the Jensen family owned and operated a small independent telephone company, the Peoples Telephone & Telegraph Co., founded by Chris Jensen, Les’s grandfather.

When Les started high school, he convinced his father to buy him a complete set of the Encyclopedia Britannica and became an eager student, graduating from Hot Springs High School in three years with the class of 1948. He then attended the University of Chicago where his studies were influenced by the novel educational ideas of university president Robert Hutchins and the Great Books program. He received his A.B. degree in 1950 after two years but continued his coursework there for an additional year. In 1951 Les started work on a law degree at the University of Nebraska College of Law in Lincoln, receiving his J.D. in 1954. A lifelong fascination with philosophy led him to continue his education in 1955 as a graduate student in the philosophy department at Cornell University in Ithaca, New York.

In 1956 Les moved to Colorado Springs, Colo., to begin work at Shepard’s Citations, a publisher of legal reference works. He married Mary Margaret Cook in 1957 and moved to Hot Springs in 1962 to help manage the family telephone company and raise a family. The academic world beckoned again in 1971 when he was appointed to a six-year term on the South Dakota Board of Regents, which governed the seven public universities in the state. In 1978, the Jensen family sold the telephone company and Les became a student again when he enrolled in the Claremont Graduate School in Claremont, Cali., and started work on a master’s thesis on Leslie Stephen, the father of Virginia Woolf. He moved to Ashland, Oregon, in 1988 and began his career as a bookseller in 1990 when he opened Shakespeare & Co., named after the famous bookstore in Paris. Les loved the used book trade and collecting books on Abraham Lincoln and James Joyce. Les sold his store in 1999 and for many years took courses at the Osher Lifelong Learning Institute at Southern Oregon University and taught classes there. Until 2019, he was also a longtime discussion leader for the Ashland Humanism Group sponsored by the Rogue Valley Unitarian Universalist Fellowship.

A burial service will be held at Evergreen Cemetery in Hot Springs on Friday, September 10 at 3 p.m. with arrangements provided by Chamberlain McColley’s Funeral Home of Hot Springs. In lieu of flowers, the family suggests donations to the Friends of the Hot Springs Public Library, P.O. Box 933, Hot Springs, S.D. 57747.