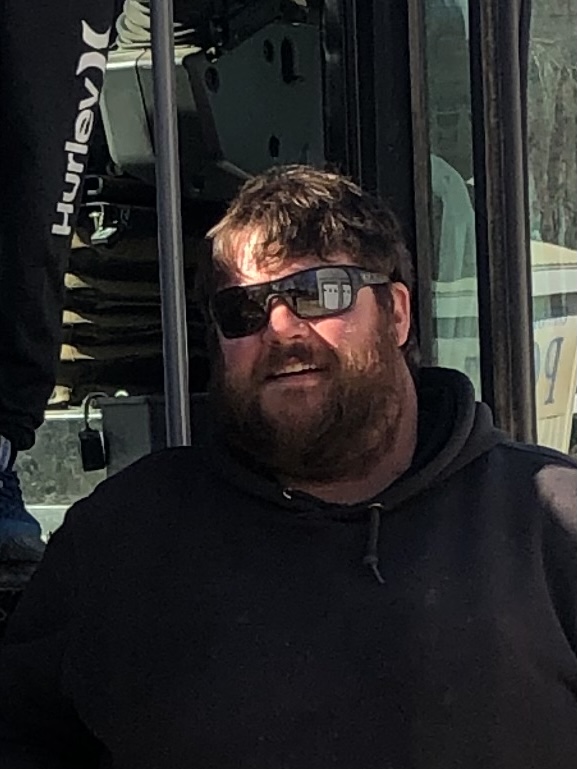 Eric David Shull passed away unexpectedly July 25, 2021, at his home in Edgemont, S.D.

Eric came into this world June 27, 1980, at 7:20 p.m. in Hot Springs, S.D. From the time he was big enough to climb onto his grandfather’s backhoe he was hooked. His first solo operation was at the age of 5, when he drove the backhoe from the back pasture in Custer to the shop where his grandfather was waiting. He loved operating and working on all types of equipment.

The summer Eric turned 14, he went to work on a ranch owned by Gale and Renee Henry, a friend of his stepfather, just south of Edgemont in Nebraska. This was start of a friendship that continues to this day. He spent his high school summers cutting and raking hay and moving bales for the Henrys. After graduation he enrolled in the Diesel Mechanics Program at WDT in Rapid City, S.D.

While at WDT, Eric worked for his uncle Matt Hespen running equipment, Roth Trucking and at the Windmill Truck Stop. He made life-long friends at each step of the way. When he graduated with his Associates Degree he continued working on equipment, making his way to North Dakota during the oil boom and then for BNSF in Alliance, Neb.

Eric eventually moved back to Edgemont with his partner Leslie Wendt. He took a job with Fall River County and she worked for BNSF. They loved hunting, fishing, and shooting together. Eric loved spending time with Leslie’s daughters, Kearstyn and Morgan, and his nieces and nephews, always making time to take them to do the things he loved. When Eric was young he and his father, Gordon “Corky” Shull loved to trap shoot together. Eric was a natural and they spent many hours together at the Edgemont Trap Club. He continued this with his younger brother, Matthew Swanson, and his nephews, Riley and Cian Waite.

Eric is survived by his mother and stepfather, Mary and Erik Swanson of Custer; partner, Leslie Wendt of Edgemont; sisters, Rachel Shull of Custer, and Laura Shull of Edgemont; brothers, Matthew (Lily) Swanson of Rapid City, and Todd (Trina) Shull of Virginia and sister, Tracy Shull of Arizona.

Anyone that knew Eric knows how much he loved spending time with friends and family and always had time for his nieces and nephews; Riley, Cian, and Kellan Waite; Antje Rendon; James and Mary; and Laura Shull-Humen.

Eric was preceded in death by his father, Gordon “Corky” Shull. Eric was also undeniably welcomed by his good friend “Smokey” Claymore Lessert.

Eric was one of those people who brought something special into the lives of anyone who was lucky enough to know him. He was extremely well read and looked forward to exchanging ideas with anyone and everyone. He genuinely liked people and took the time to talk to everyone. From an early age he could look at something, see how it worked, and figure out how to make it work better. He was always available to lend a helping hand.

Try as we might we cannot find the words to convey what a truly good person Eric Shull was.

He will be missed by all who knew him.

Who are we going to call when something isn’t working? — We truly don’t know —

Arrangements have been placed in the care of chamberlain McColley’s Funeral Home in Hot Springs, S.D.