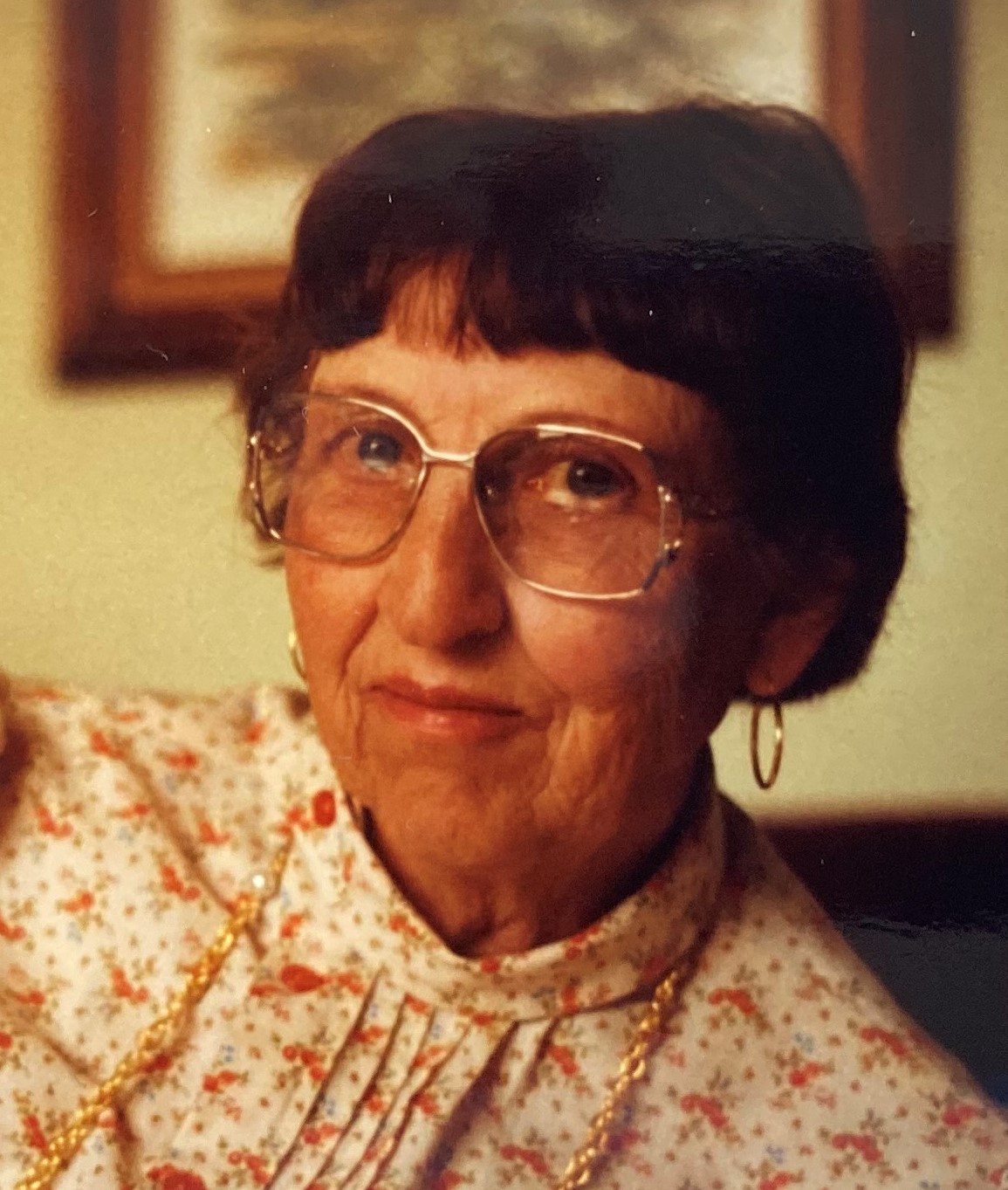 Nancy was born in the family cabin in Red Canyon on May 26, 1923, to Ray and Rosa Fay. She was an only child of a WW1 Army Veteran who started a ranch in Red Canyon, north of Edgemont S.D. after the end of the war, 1918. She attended elementary school through the 8th grade, married a rancher and moved 2.4 miles northwest for the rest of her life. She became her father’s ranch hand at an early age, and a competent horse wrangler, cow puncher, fence fixer and hay pitcher. She could do it all. She was a crack shot and could still hit a coyote at 100 yards when she was 76 years old. She could call coyotes as well and delighted in telling how Ray held his fire until the coyote was within 10 yards just to see how close it would come.

Nancy married George Hey on April 5, 1946, after George returned from WW2. They successfully operated the original Hey Ranch in Craven Canyon area and later added the Ray Fay ranch in Red Canyon. Her children and family were her focus. She was a great Mother, caring for them while being a top ranch hand. She found time to sew and make clothes and other homecrafts for the family while cooking three meals a day, every day and continued to crochet until recently. She loved knick-knacks of all kinds and made some of her own. Second to her family was her devotion to her pets. The dog and cat became part of the team keeping Nancy and George on track well into their 90’s on the ranch. She carried on the tradition of passing history along to others through stories and wrote many stories down. She may not have coined the phrase “Overcoming obstacles by sheer determination” but she lived it to the very end. Nancy taught herself to play the guitar as a young girl and later repeated the effort with a piano and encouraged her children to join in.

Nancy and George moved to Rapid City in July of 2016 due to health concerns, after 70 years on the Ranch.

She was preceded in death by her husband George, her mother and father.

In lieu of flowers, a Memorial in Nancy’s name has been established to fund additional displays of Ranch Homecrafts at the Trails, Trains and Pioneer Museum in Edgemont.