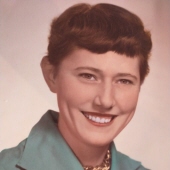 Shirley was born on March 2, 1939 in Hot Springs, S.D., the daughter of John Erwin and Lenora (Lena) Caylor. She was preceded in death by her husband, Charles Albert Simmons II; son, Johnny Norman Simmons; and husband, James Cass Baker.

Shirley was an avid quilter and enjoyed spending time with her friends and family. She especially treasured her role as "Grammy" and loved watching her family grow. If you ever spent 5 or 10 minutes with her I'm sure she knew your entire life story. She was the kind of person that people just told things to and she listened and cared.

Shirley's final wishes were to be cremated and have her ashes, along with part of second husband Jim's ashes, buried next to her first husband Chuck in the Edgemont Cemetery in Edgemont, S.D.

It was Shirley's wish that any memorial tributes be made in the form of charitable donations to the Bull Terrier Rescue of Southern California, PO Box 971, Littlerock, CA 93543 or online at www.btrescue.us.