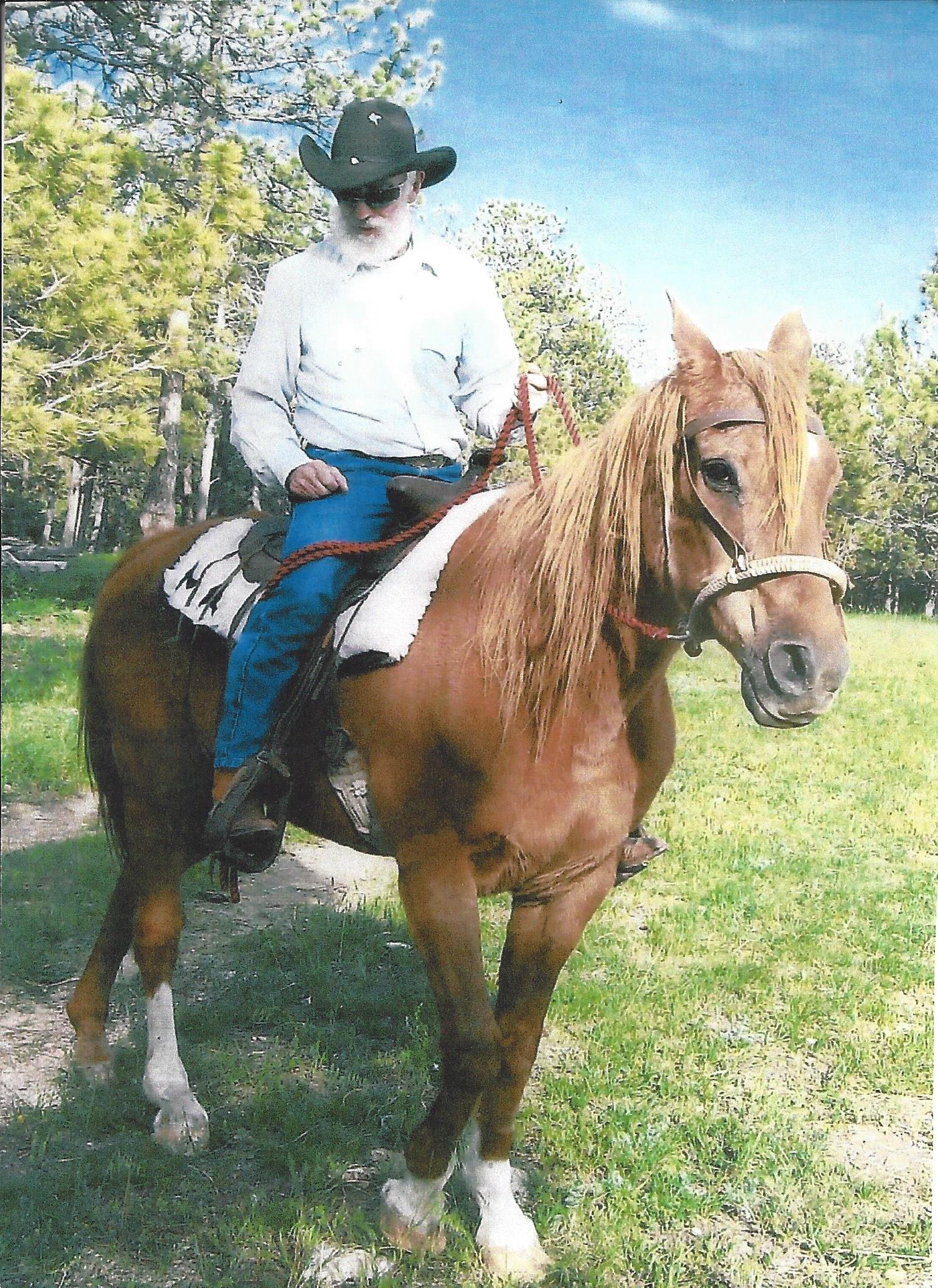 George A. Davis was born to Roy and Florence (Linton) Davis on March 6, 1931, in Deadwood, S.D. He was the youngest in his family and joined a brother, Sam and three sisters, Nellie (Parsons); Inez (Sharp) and Margaret (Kollmar). He grew up in Deadwood, Millboro, Igloo and Custer. In 1966, he married the love of his life, Opal Clark. They lived in Custer and eventually bought their own place South of Argyle in Custer County. In addition to raising livestock, he worked on the railroad for many years, starting on the section crew in Custer and worked his way down the line retiring out of Edgemont.

He loved animals and always had some combination of horses, cows, chickens, pigs and lambs as well as dogs, cats, and even a raccoon. He could often be found out walking amongst the cattle, talking to them in his own special way. Some even answered back. He was a true cowboy and loved riding. He had one extra special horse, Wasaka, who he raised from a foal and had for 27 years. He liked to read the history of the country and remembered everything. And if he loved horses, he also loved horse power. The faster the better.

George loved people. He never met a stranger and would strike up a conversation with anyone he met. He and Opal travelled all over the country visiting family and friends and making new ones. They loved to go dancing. He was always up for an adventure and in his 70’s he hiked Black Elk Peak with his niece and her family and travelled to France with a neighbor.

Music was another passion. He learned to play music by ear without any formal instruction.

Memorial services will be held at 10:00 a.m. on Monday, June 7, 2021, at Chamberlain McColley’s Funeral Home in Hot Springs, S.D. Committal services will follow at Custer Cemetery in Custer.

A memorial has been designated to the Argyle Fire Department, 12000 Mountain Lion Lane, Custer, S.D. 57730