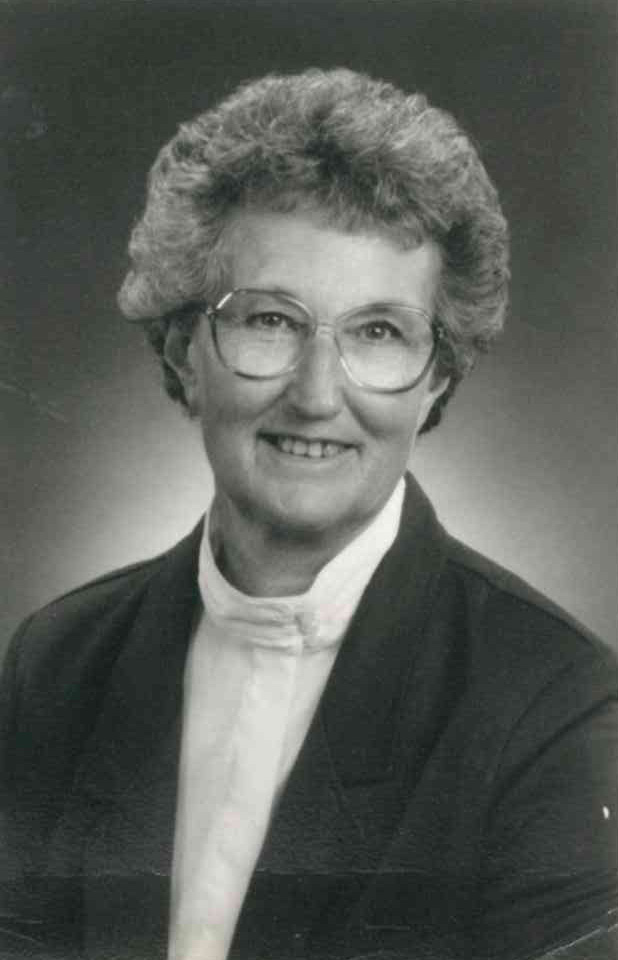 Virginia was born to Arthur and Ellen (Schlaucter) Nystedt on September 3, 1924, on the small farm in Milaca, Minnesota, she being the fourth of five children. As a child she lived along the Rum River and attended rural schools for eight years, ice skating to school on the winter days. She attended and graduated from Milaca High School and furthered her education obtaining a degree in hair dressing from the Minneapolis School of Cosmetology.

During her sophomore year of high school, the Anderson family came to visit the Nystedt family. The Anderson family was being driven by a young Charlie Anderson, and that is when Virginia met her future husband. Virginia and Charlie stayed in touch and corresponded over the years. She traveled to visit him in Wendover Utah, when he was an instructor in the Army Air Corp. At that visit she wanted Charlie to marry her, but he insisted they wait until the war was over, as he didn’t want to leave her a widow.

Virginia returned to Minneapolis and worked for the federal ammunition company making 50 caliber bullets. She used to say, “I made ‘em and Charlie shot ‘em”.   Virginia received only one letter from Charlie during his confinement as a POW in Northern Poland. Upon Charlie’s liberation he was stationed at San Antonio, Texas. It was at that time Virginia traveled to see Charlie and they were married on September 22, 1945, at Kelly Field, San Antonio, Texas, in Chapel 4. After Charlie’s discharge from the military, they moved to the family farm in Nebraska where their 3 sons were born, Les, Craig and Bob. In 1955, they moved on to unit 5 of the Angostura Irrigation District near the Cheyenne River, where they both remained the rest of their lives.

Services will be held in the future with interment following at Black Hills National Cemetery, with her husband, Charlie.