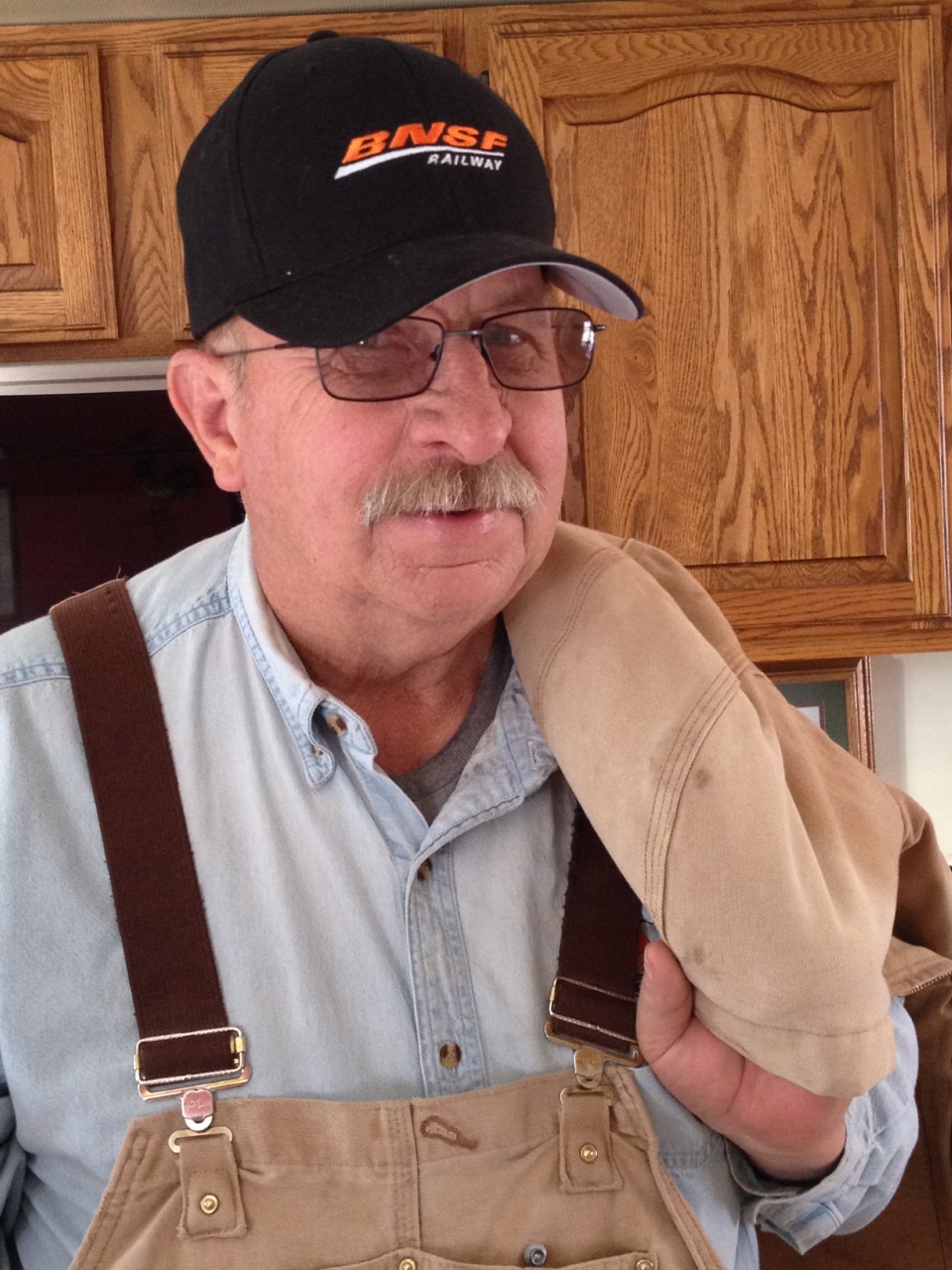 Robert L. (Bob) Rickenbach of Chadron, Neb., passed away peacefully in his home on Tuesday, January 5, 2021.

Bob was born on March 18, 1946, to Max and True (Drake) Rickenbach, joining his brother Rick and sister Anita. Bob graduated from Oelrichs, South Dakota high school in 1965 and Chadron State College in 1969 with degrees in mathematics and chemistry.

Bob married Sharon Redfern in 1966 and they became partners for life. Into this union three sons were born, twins, Rodd and Todd in 1969 and Troy in 1973.

While in college, Bob worked at Henkens Equipment in Chadron. In 1970, Bob and the family moved to Jay EM, Wyoming where Bob managed The Red Cloud Cattle Company. In 1979 Bob and Sharon bought their current farm from Sharon’s Uncle, Clyde Redfern and they began a joint farm and ranch operation with Sharon’s parents, Gordon and Helen Redfern. Bob steadily grew the acreage, eventually operating land previously run by three other farmers. He and his brother Rick also took over the operation of their family ranch near Oelrichs, S.D.

Bob spent a lot of time on the road between Oelrichs and Chadron managing his operations. He was a talented, natural cattleman, managing large herds. He used his love of science in his farming and ranching. Few people could do math in their head faster. Bob was a talented mechanic, creative mechanical engineer, and welder. Bob and his wife Sharon were inducted into the Dawes County Agricultural Hall of Fame in 2017. He also served several terms on the board of directors for the Northwest Nebraska Rural Electric Association.

As part of his Christian faith as a member of the United Methodist Church, Bob valued being a good neighbor. He loved lending a helping hand and sharing farming and ranching duties with his friends. He always made sure his neighbors were taken care of and that their snow was plowed. He loved children and giving rides in the tractor. Bob knew his greatest rewards came from giving and sharing his talents. He got a lot of joy mentoring and helping younger farmer/ranchers. When he wasn’t farming, Bob spent his time at coffee with friends. He had fun playing cards and was an avid sports fan. Many Saturdays were spent running the chains at Chadron State College home football games with his friends and he rarely missed a home basketball game. He loved Chadron High Cardinal games, Nebraska Cornhusker football, and Kansas Jayhawk basketball.

Bob was no stranger to tragedy. He lost his son Troy in 1993 in an auto accident and his son Todd to cancer in 2014. In spite of this, he kept a wicked sense of humor and a positive attitude. He was grateful to live in a community that could give him strength and help out through the hard times. Even after his cancer diagnosis, he always found happiness and kept a smile on his face.

Bob is survived and will be missed by his wife, Sharon of Chadron; son, Rodd of Denver; daughter-in-law, Michele of Chadron; and grandson, Michael Kruse of Lincoln. He is also survived by his brother and sister-in-law, Rick and Marilynne (Redfern) Rickenbach; sister, Anita (Pat) Gilkey; sisters-in-law, JoAnn (Chamberlain) Redfern, and Linda Redfern. Numerous nieces, nephews, cousins, and beloved friends survive him as well. He was preceded in death by his sons, Todd and Troy; parents, Max and True Rickenbach; and father and mother-in-law, Gordon and Helen Redfern.

Memorials have been established for the Todd and Troy Rickenbach Scholarship Fund at the Chadron State Foundation and the Chadron United Methodist Church.