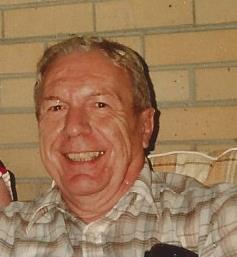 Dean was born May 23, 1923, in Abilene, Kan., to Carl and Minnie (Tudor) Foust. Dean graduated from West High School in Denver, Colo., in 1941 and went on to graduate from Ottawa University, Ottawa, Kan., in 1952 with a Bachelor’s Degree, majoring in English.

Dean and Nancy Kay Talbot married on August 22, 1952, at Calvary Baptist Church in Denver, Colo. He worked in the OU campus bookstore for a year, before moving to Chicago, Ill., to work for the Baptist Book Store for a couple of years. Returning to Denver in 1956, he worked as a bookkeeper for the BKSweeney Grocery company, before taking a position as Food Service Manager for the American Baptist Assembly in Green Lake, Wis., until December, 1963, when the family returned to Denver. As a bookkeeper, he worked for Lakewood Country Club, City Elite Laundry, Baptist Home Association, and returned to Lakewood Country Club until his retirement in 1978.

In retirement, Dean volunteered at his churches, Harvey Park Baptist, Aurora Community Baptist Church and Colorado Springs First Baptist Church. He answered a call from Ottawa University in 1983 to manage the campus bookstore for a year during a transition at the school. After the year was over, Dean and Nancy moved to Colorado Springs, Colo., where they volunteered at First Baptist Church until returning to Denver in the late 1990’s. Upon Nancy’s death in 2017, Dean agreed to move to Hot Springs, to be near his oldest son for the duration of his life.

Dean is predeceased by his wife; parents; a brother and a sister.

Services will be held at a later date in Denver, Colo..