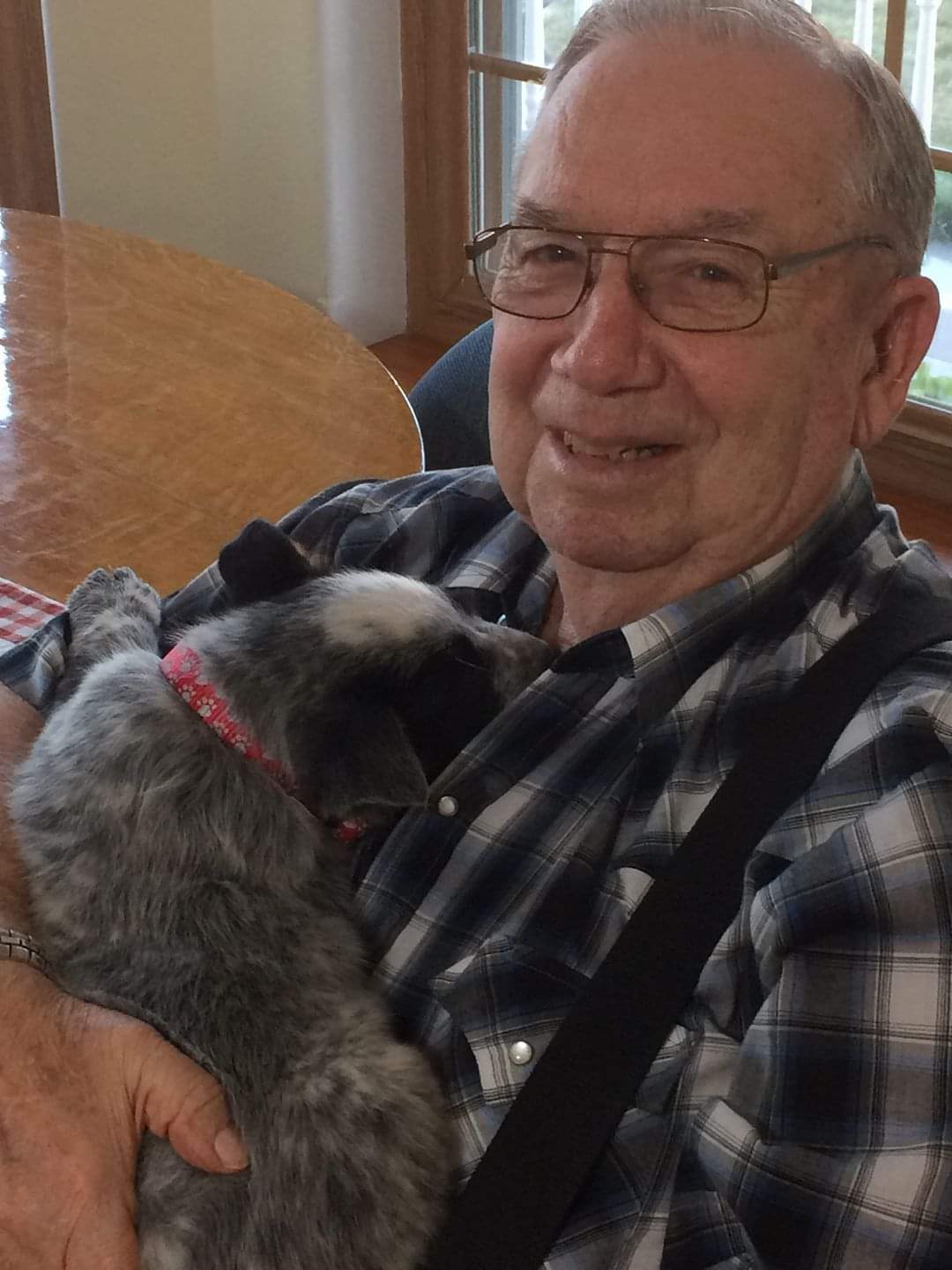 Funeral Services for Robert “Bob” Pinnt of Oelrichs, S.D., will be held on Thursday, October 22, 2020 at 1:30 p.m. at Chamberlain Chapel in Chadron, Neb. with Pastor Paul Smith officiating. A committal service will follow at Greenwood Cemetery. Bob went to touch the face of God on October 7, 2020.

Bob was born April 20, 1939 in Norfolk, Neb. and lived in O’Neill, Neb. before moving to the Pinnt Ranch in 1951 with his family and he attended school in Oelrichs, S.D. He served in the military from 1961-1963 and returned back to the ranch to help his family.

He had the best life with his beautiful wife, Jacquie who said “yes” to him on May 23, 1964 and to their union, their family quickly grew while they all enjoyed the many years living the hard, but incredible South Dakota ranch life they so loved. Bob would never turn down a time to get together with family and friends including a good game of cards or a good home cooked meal. He enjoyed trips to the casino, especially if niece, Janice, went with him and the great talks over coffee with friends.

I am sure he would want you to know that while his work on earth is done, he can again be cattle boss in Heaven while riding high with his son, Owen, and busting out some yodeling and not to mention a bad joke or two. While re-uniting, I expect the Pinnt dinners will include his Mom’s apple pie with coffee and laughs with his nephew, Russ, brother, Duane and sisters, Marian, Alice, and Dot, as well as his parents, John and Leona Pinnt. What a reunion that will be! His days should not end without a dance with his daughter, Karlene. (Bet he now realizes her music choice became “hard rock” and not “old time country”.) Rock on Dad!

We smile as we know that those who preceded him to his eternal home, are reunited, but his visits and smile will be missed terribly on earth. Bob is joining: Owen Pinnt, son; Karlene Pinnt, daughter; parents, John and Leona Pinnt; siblings, Duane, Marian, Alice, and Dot. Nephews, Russ Johnson and Ed Eschliman. Family and friends including the Kroghs, McClellans, Websters, and Edwards, and many many more that he is catching with now.

He leaves behind his loving wife, Jacquie; children and grandkids, Clay and Dawn Pinnt and Marlee and Jenny; Janelle and Shane Cripps and Shelby and Jeremy, who miss him immensely and we can only hope his John Deer Tractor in Heaven stays gumbo free!

A memorial has been established. Donations can be sent to Chamberlain Chapel, PO Box 970, Chadron, NE 69337.

Online condolences can be made at www.chamberlainchapel.com

Chamberlain Chapel of Chadron, Nebraska is in charge of arrangements.