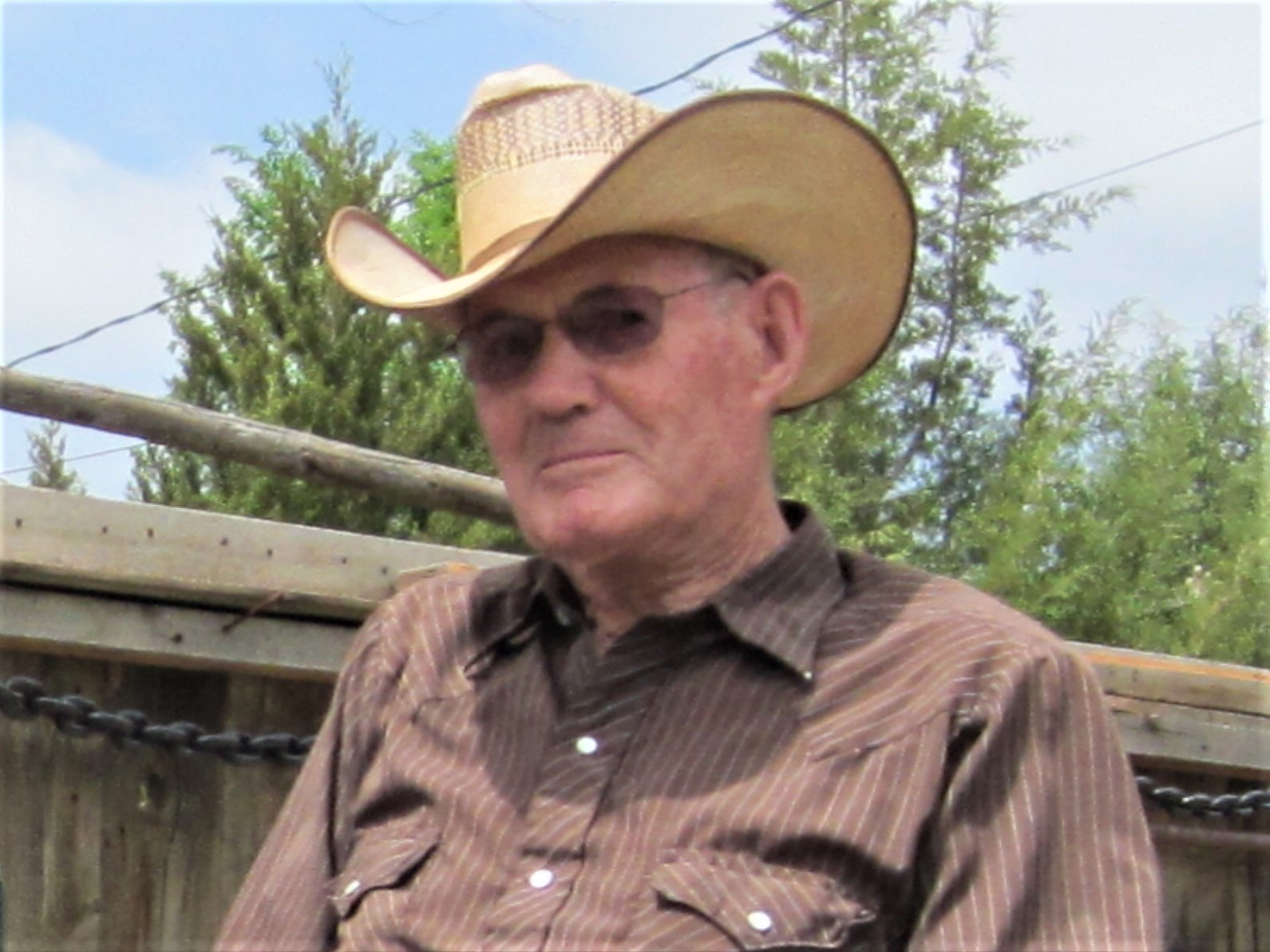 Ralph Andrew Miller was born on the family homestead on October 21, 1923; he joined his parents, Mason Merritt and Carrie Moore Miller, and a brother, Mason. He always enjoyed working and, even as a young boy, helped bring milk, eggs, and firewood to the house in his little wagon.

Ralph bought the family homestead and continued to ranch, while having other jobs. Ralph worked for several ranchers in his early years. The two he talked about the most were the Kane ranch in Wyoming where Joe’s wife, Marie, taught him to dance and the Henderson ranch southeast of Edgemont.

He married Bernice Fleming on June 3, 1951; they remained in Edgemont their entire married life. Four children were born to them. They have nine grandchildren, two step-grandchildren, thirteen great grandchildren and one more coming before Christmas.

He enjoyed working for Oliver (Scoop) Coon operating heavy equipment. Because this dirt work kept him away from home too much, he went to work managing a gas station. Later he worked for the local bakery. When this business closed, Ralph went to work for Swanders (later Metz) Baking Company. He delivered bread in Hot Springs, Edgemont, and Igloo while the Army base was open. After an early retirement from Metz, he worked for Nelson’s Oil and Gas. His final paid job was working for Silver King Mines on the cleanup of uranium tailings.

Although officially retired, he never really stopped working and was rarely idle. Ralph loved restoring furniture and many people are lucky to have one of his pieces to enjoy. The worse shape the piece was in the more he enjoyed the challenge. When this work became too much for him, he found enjoyment in crafting smaller art pieces with mosaic tiles, seashells, paint and wooden models.

Ralph and Bernice both enjoyed music and dancing. They danced together for many years, meeting wonderful people. After Bernice’s long illness and passing, Ralph’s social activities usually involved music. He danced whenever he could for exercise, balance, and meeting new friends.

Ralph cared for Bernice at home until she passed, and we’re grateful he was able to remain at home too; just the way he wanted it to be.

The world changed a lot in his 96 years of life, from going to school in a horse-drawn wagon to video phone calls from a grandchild across the world. He loved his Facetime chats with grandkids and great grandkids.

Ralph was preceded in death by his wife of 59 years, his parents, six half-sisters, his brother and sister in-law, Mason and Helen Miller, a grandson, Morgan Garrett, son-in-law, David Mullaney and ex daughter-in-law, Margie Allen Miller.

We will host a celebration of Ralph’s life next spring, sometime between calving and branding and before it’s time to hay. Everyone will be welcome to come, share memories, tell stories and visit with friends. There will be music. He would like that.

In lieu of flowers, a memorial has been established in Ralph’s name.