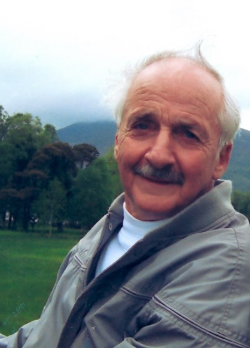 With profound sadness we announce the passing of John Clinton Vorce, Sr., loving father, husband, and friend, on Thursday, August 6, 2020.

John was born in Hot Springs, S.D. and moved to Maryland at a young age with his family. He is predeceased by his parents Clinton H. and Anna G. Vorce; and by his five siblings, sisters - Genevieve Arnett, Mary A. Wilson, Roseanne Redmond, Margaret Stremel, and his identical twin brother James W. Vorce.

John was an electrician by trade and was a member of the International Brotherhood of Electrical Workers, Local Union 26 for over 60 years. John also served in the Naval Reserve from 1951 to 1958.

When John retired he kept himself busy by playing golf, watching the Washington Redskins, fixing things, and by fidgeting around in his yard. He worshipped at St. Pius Catholic Church, in Bowie, Md.

John will be deeply missed by his family and friends and will forever be in our hearts.