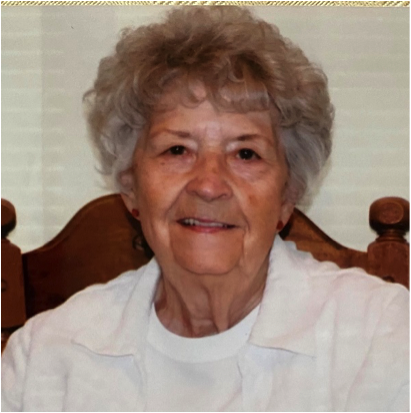 Ida spent her childhood on the family homestead near Morristown with her brother, Roy; sister, Doris; mother, Louise, and beloved father, Saliah Pazie. There, she learned to sew, cook, and to always make do with what one had on hand as the family navigated the great depression. She would later tell her grandchildren of the best gift she received during that time; a dress made from a flour sack that fluttered as it twirled.

Later, her parents separated, and she moved with her mother and siblings to Hot Springs where she spent her teenage years working various jobs at Legion Lake, Larry’s Drug and as a hospital aide at the State Soldiers Home. In her early 20s, she met a strapping young soldier named Eugene Bowker who was bound for the army. He was a local boy from a homestead near Smithwick and was preparing for his first tour of duty in Germany during the Korean War. On their first date, shortly before shipping out, he snuck away to climb a hill to search for her favorite wildflowers; returning sheepishly with a whole bouquet of them. They married in New Underwood in May of 1953. Together the Bowker’s raised six children, spending part of their time living in Lead/Deadwood and later in the front range of Colorado. Upon retiring, the couple returned to their hometown of Hot Springs where they served as the sun and moon around which all family gatherings revolved. The Bowker’s were known far and wide for their hospitality; entertaining friends and family with backyard barbecues and hot coffee every morning with folks just dropping by. Ida always knew how to bring a group together and make lasting memories. Her children and grandchildren will never forget the sweet smell of her kitchen; a casserole always in the oven and a beautiful confection waiting on the table for “whoever” came along.

In 2005, Ida moved to Custer after the death of her husband and then to Evergreen, Colorado. Throughout her life, Ida loved sewing, arts & crafts, going for drives in the beautiful Black Hills and Colorado, and most of all sharing stories, secret family recipes, and laughter with her children and grandchildren. Words cannot describe how deeply she is missed.

Ida will be buried at Black Hills National Cemetery in Sturgis, S.D. alongside her husband. A celebration of Life will be held on July 21st from 11 a.m. to 2 p.m. at Living Outreach Church - Camp Outreach, 12230 Aviation Way in Custer, S.D.