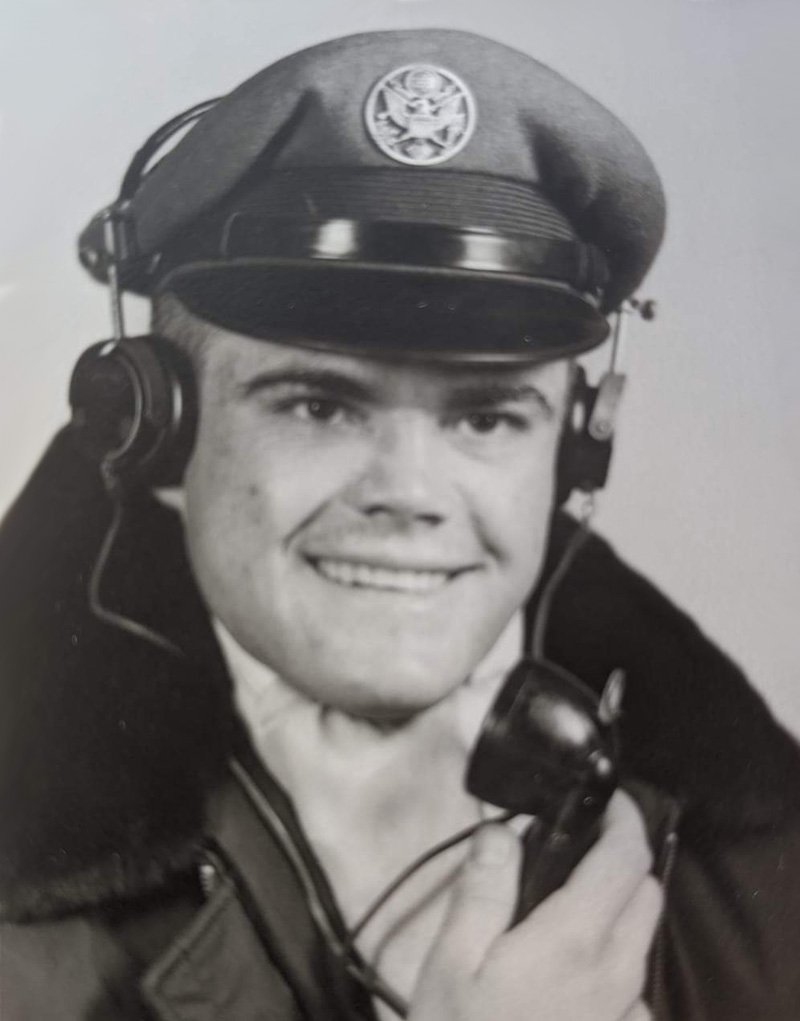 Bob was born May 7, 1937, in Hot Springs, to W. Allan Coates and Leota (Clement) Coates. Bob grew up in Edgemont, where he attended all years of school. His father had a trucking company, and when Bob was big enough to reach the pedals, he helped as a driver. Later, his father became Fall River County Sheriff and he assisted on many emergency responses. During his formative years driving trucks, making deliveries, Bob would meet WWII veterans who had been pilots. Most regaled him with war stories, but some owned airplanes and continued to fly. Occasionally, they would take Bob flying, and this was the true impetus for his passion for flying. As he approached his high school graduation, Bob was looking beyond the horizons of Edgemont. His best friend had joined the U.S. Navy, but it was the newly formed United States Air Force he heard calling. Upon graduation, much to his parents’ chagrin, he informed them he had enlisted and would be soon leaving.

Bob enlisted in 1955, and embarked on a 24-year journey as an Air Traffic Controller. His basic training was held at Parks AFB, Cali., and his technical school was in Keesler AFB, Miss. Bob’s first assignment was not far from home…Ellsworth AFB, S.D., just outside Rapid City. While stationed there, he kept up with his high school sweetheart, Toby Ludwig, and was married on April 9, 1957. A few months later, Bob was informed he was to be a father. However, he was also informed he was selected for an overseas assignment to Anderson AFB, Guam. Regrettably, due to the USAF’s bureaucracy, his wife could not join him until she gave birth, and then not until the child was six months old. Subsequently, Bob was away when they were blessed with the birth of their son, Roburt. Bob returned from Guam to his family and proceeded to his next assignment at Tinker AFB, Okla. His subsequent assignments took him to Van Nuys, Calif., Fairchild/Geiger AFB, Wash., where their daughter, Lisa, was born, then to Luke AFB, Ariz. It was in Arizona that Bob took a break from active duty and did time in the A.F. Reserves. He was still doing the same job, however not full time. In order to make ends meet and provide for his family, Bob became a police officer in the Phoenix, Ariz., Police Department. He thoroughly enjoyed his time on the PD, however a near fatal accident ended his time as a law enforcement officer. He returned to active duty and was promptly assigned to Offutt AFB, Neb. His time there was short as he received orders to report to Pleiku AB, RVN. Bob performed a one-year tour of duty. For his actions during the TET Offensive, he was awarded the Bronze Star medal. Upon return, he was assigned to Lowry AFB (Buckley ANGB), Colo. Bob’s next assignment was another unaccompanied one-year tour to Sonderstrom AB, Greenland. This assignment was cut short due to Toby’s sudden illness, sadly discovering the onset of Multiple Sclerosis. A humanitarian posting was arranged and, once again, Bob was stationed at Ellsworth AFB, S.D. With Toby’s health stabilizing, he received orders to Griffiss AFB, N.Y., and finally back to Lowry/Buckley AFB, Colo. After 24 years, Bob was selected for promotion to Chief Master Sergeant but declined and retired from the Air Force. Acceptance of the promotion would have meant another unaccompanied overseas posting. Bob then embarked on a civil service career in flight test range control at Hill AFB, Utah, Utah Test Range & Edwards AFB, Calif., Ridley Mission Control Flight Test Center.

Bob was a loving husband, father, grandfather, and a good & genuine man. To those who knew him best…he was a HERO!  He will be tremendously missed!

Committal services, with military honors, will be 11:00 a.m. on August 3, 2020, at Black Hills National Cemetery near Sturgis, S.D.