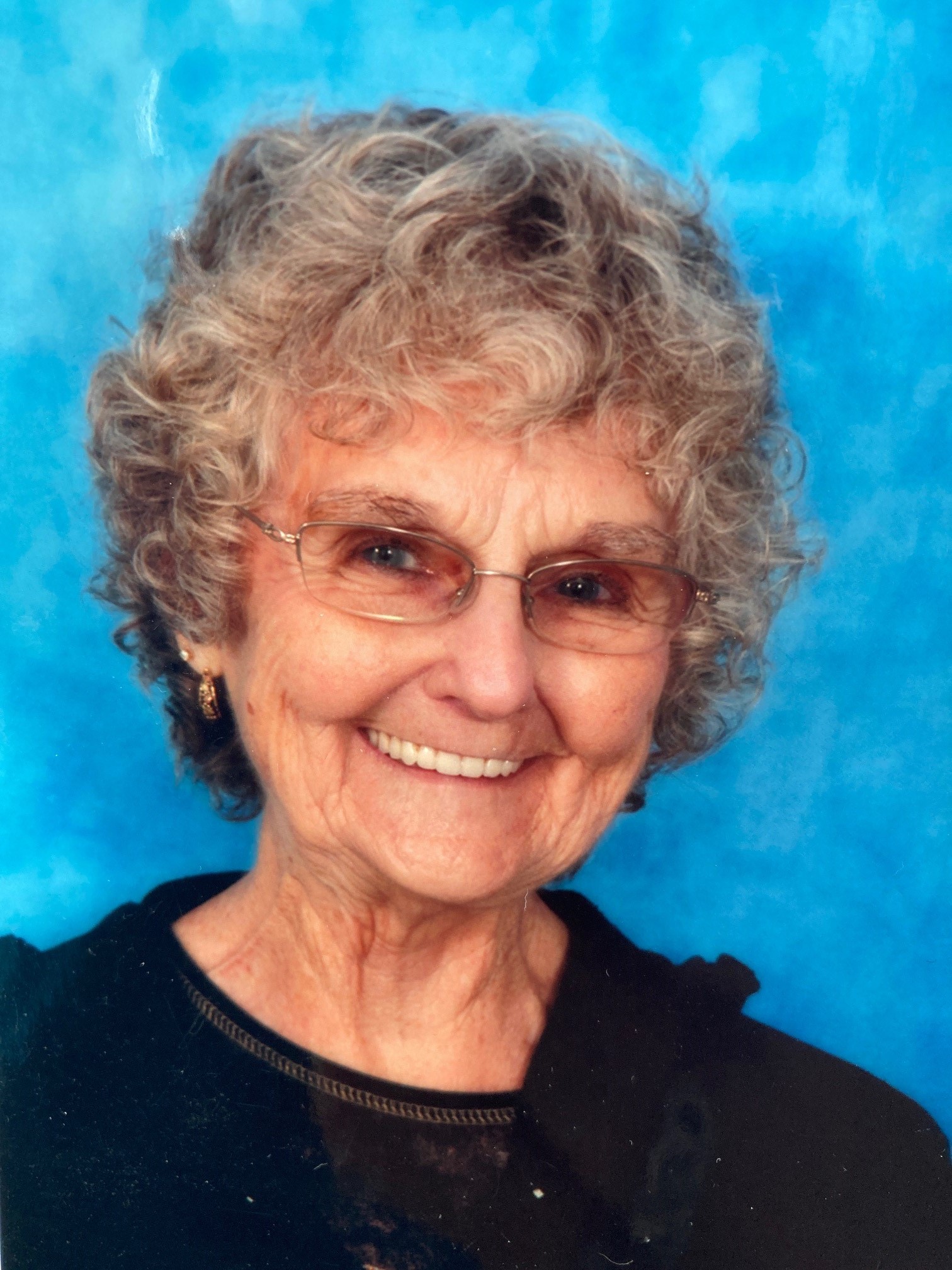 A beautiful smile, a kind and gentle spirit, and a sweet genuine love for others is how many would describe Bonnie Jo Hoy Cohee. After a two-month battle with stage IV gallbladder cancer, Bonnie listened to her daily devotion and then went home to the Lord peacefully on June 22, 2020 in Newcastle, Wyoming. She will be laid to rest next to her beloved husband of 37 years, Daniel “Lon” Cohee.

Bonnie was born in Huron, S.D. on October 16, 1935, to Steven Hoy and Judy Morris. She was raised alongside her younger brother of nine years, Steven Hoy. They enjoyed spending time with their cousins from both Custer, S.D. and at the Morris family farm near Hitchcock, S.D. Bonnie’s cousin, Mikki Matheson, was like a sister to Bonnie, and the two spent every Memorial Day together up until 2019. Her best childhood memories are of her school years in Custer, where the whole family participated in the Pageant of Paha Sapa. Bonnie recalled being a part of the Sunflower Brigade, where her lifelong love of sunflowers began.

After moving to Hot Springs, S.D., where she graduated high school as a part of the class of 1953, her love of Custer always remained. From car hop to soda jerk, her ability to learn new skills and help people in any capacity always shone through. She wanted to follow in her mother’s footsteps of becoming a nurse, but she changed career paths…many times. Travelling to Denver, Omaha, Chicago, and more, Bonnie discovered her talent for bookkeeping.

In May of 1961 at the age of 25, Bonnie decided to settle down with the love of her life, Daniel Alonzo Cohee, in Gillette, Wyoming. Here, she wore many hats, even a “Red” hat in later years. Bonnie worked at various businesses around Gillette, including the Ford Garage, Campbell County Treasurer’s Office, and Gillette’s School District. Her secretarial job at Lakeview Elementary School led her to pursue extensive volunteer work. Bonnie was an early member of Gillette’s Mothers of Twins Club, an advocate for Cub Scouts, and a strong supporter of the local 4-H Clubs. She created lasting friendships within her Bingo and Bunco clubs, and her volunteer work allowed her to touch many lives. Some of the many places she volunteered were the hospital, the library, the soup kitchen, the local schools, Weight Watchers, Meals on Wheels, New Life Wesleyan Church, and the Corn Palace in Mitchell. Her dedication and love were recognized by the Wyoming Library Association as she was presented the Volunteer of the Year award in 2015, and she was named the Cam-Plex Ambassador of the year for her endless contributions to the arts. Bonnie’s legacy lives on with her children: Stephanie Jo and her husband, Craig Wiggins; Walter Steven Cohee and his wife, Diana; Julia Beth and her husband, Geoffrey Gross.

Bonnie’s life was always full of surprises, starting with receiving two blessings instead of one with twins Steph and Walt. After 11 years of twin mischief, their little angel, Julia, was also born as a surprise. Her fierce love was magnified even further with the births of her grandchildren: Tyler Dan Ellis and his wife, Amy; Scottlyn Cie Wiggins; Garrison Lyle Daniel Gross; Jamison Lyle Daniel Gross; Alisha Jo Webber. In the last years of Bonnie’s life, her heart grew even fuller with the birth of her great-granddaughter, Kaiya Theresa Ellis.

Bonnie’s life was one filled with Holland American Cruises, afternoons spent playing Pinochle and Scrabble (and almost always winning), Tootsie Pops and cherry chocolate ice cream, Days of Our Lives¸ Wednesday lunches out with friends, daily walks, shopping and dressing to the nines, and surrounding herself with sunflowers.

The foundations of Bonnie’s life and the lives of everyone who knew her are built on a love of Jesus Christ. Every decision Bonnie made started with her faith. Just like a sunflower will turn to the sun for all its needs, Bonnie turned to the Son for all of hers. She lived with strength, class, and grace. She passed these on to everyone she loved. Bonnie’s legacy is love.

Memorials and condolences may be sent in care of Meridian Mortuary, 111 S. Railroad Ave, Newcastle, Wyo. 82701. Condolences may also be expressed at www.meridianmortuary.com