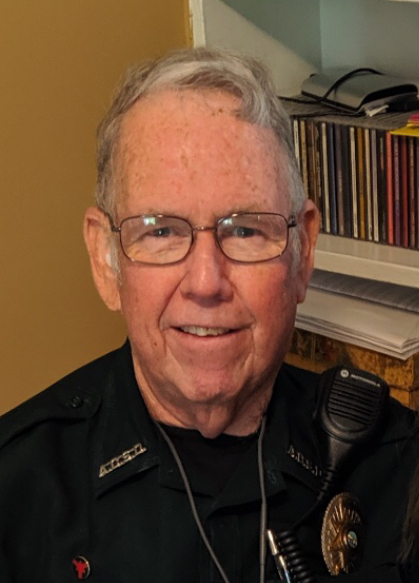 Roger Dell Exum passed from this life, May 13, 2020, at home with his family by his side. He was born June 2, 1945 in Wynne, Arkansas and grew up in Harrisburg, Arkansas.

Roger was a Vietnam Veteran who proudly served his country in the United States Air Force for 21 years. After retiring from the military as Master Sargent, he began his career in law enforcement. Serving as Chief of Police for the city of Hot Springs from 1995-2007 was his most rewarding experience during his years in law enforcement.

Roger and his wife, Peggy, moved to Clinton, Tennessee, in 2007 to enjoy warmer weather with very little snow, and the beautiful Smoky Mountain countryside. While living in Clinton, Roger once again served his community working for the Anderson County Sheriff’s Department, Court Services. He was fond of the many good friends he made during this time and retired in 2020.

Roger enjoyed traveling with his family and was an avid camper. He loved to read and looked forward to daily walks with his wife. Time spent with his grandchildren was especially cherished.

At Roger’s request there will be no funeral services.