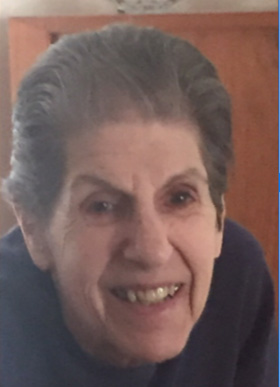 Vivian traveled overseas and worked for the US Federal Government in Japan. On a sightseeing trip to Brussels, Amsterdam, she held an umbrella for a gentleman, Dorlyn Reetz, so he could take a picture in the rain. After a year of letters (before SMS was popular), they became life partners and were there for each other for 58 loving years.

She was devoted to her husband and her children. While her kids were young, she was a stay-at-home mom. She worked afterward to help with family vacations, expanding the children’s world view and experiences.

Vivian loved the outdoors, walking miles of countryside with Dorlyn when they were overseas. She enjoyed gardening, and, whether by choice or necessity, learned to process deer in her home in South Dakota. She tolerated her children’s pets, but was attached to her cats (though one preferred her son’s room to her daughter’s).

Vivian was a truly wonderful woman with a heart of gold. She was kind to everyone and would go out of her way to help those in need - a beautiful person, inside and out.

At Vivian’s request, no services will be held.

Arrangements have been placed in the care of Chamberlain McColley’s Funeral Home in Hot Springs, SD. Written condolences and guestbook entries may be made at www.chamberlainmccolleys.com