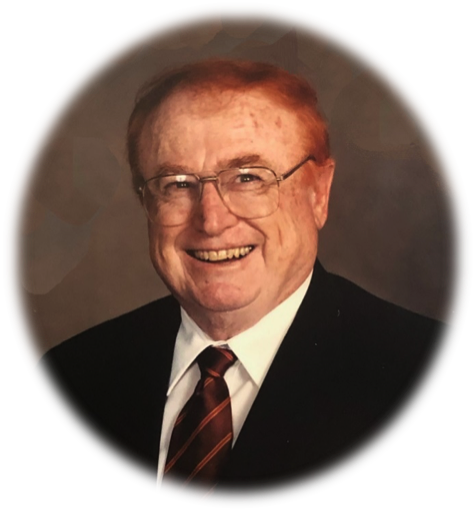 Don was born in 1937 at the home of his parents, Carl and Johanna (Weisser) Lagge on their farm south of Tripp, S.D. He was the third of ten children born to their family. Both of his parents passed on early in their lives, leaving the five younger siblings in his and his sister Hilda’s care/

Don attended Tripp High School and graduated in May 1955. During his growing up years, he worked for different farmers in the Tripp area. Don and the older siblings used to herd cows along the highway with the horses their family had at that time. In his younger years he worked as a shop sweep (at age 9), a pin setter at a bowling alley, and he worked at the Tripp Creamery. During summers, he worked with the youth group at the Pierre Methodist Church as an assistant pastor.

In 1956, Don joined the United States Air Force and was stationed in Lackland Air force base in Lackland, Texas. He was also stationed in Korea, Japan, and finally Offutt Air Force Base in Omaha, Nebraska where he was honorably discharged in 1960.

In the early 60’s, Don attended Southern State Teachers College in Springfield, S.D. and received a degree in teaching. He also was pastor to Gayville and Volin Methodist churches and resided in Gayville, S.D. for some time. He began studies at Iliff Seminary in Denver and accepted a position at the Methodist Church in Eagle, Colo. where he met Sandra Sue Carter, his wife of 34 years (they later divorced in 2001). They were married on May 22, 1967 and they had three children, Candace (Candee) Luanne, Samuel Scott, and Joshua Ryan. Don and family moved to Vail, Colo. where he served as a police officer for the Vail Police Department and he ran the operations for the Lion’s Head Gondola Lift, while he served the Methodist Church there.

In 1973, Don completed his studies and received a bachelor’s degree in science and master’s degree in Theology from Iliff Seminary in Denver, Colo. He then went on to become a Methodist Minister, serving in many communities throughout South Dakota, including White, Aurora, Sterling, Oral, Smithwick, Oelrichs, Buffalo Gap, Belle Fourche, Phillip, Interior, and Stickney. While in Hot Springs, Don was the president of the Ministerial Association and worked as a Chaplain at the VA Hospital doing drug and alcohol counselling. While in White, he was a bus driver during the week, and a preacher on the weekend. An article was written about Don, calling him a “Pioneering Preacher,” and he rode a horse between three different congregations to preach each weekend. The author highlighted how he was known for his flamboyant style, noting that he had once preached a sermon from a rooftop!

When Don retired from the Methodist Church in 2001, he moved back to Colorado, near his two sons. As he always said, “old ministers never retire, they just go out to pastor.” To that effect, Don continued to minister within the community, preaching at three separate retirement communities each Sunday: Golden Ponds, Arvada Estates, and Kipling Meadows, and continued this service until just 9 months ago. He served alongside staff for several years at Hillside Community Church in Golden, Colo., as well, acting as chaplain for the elderly.

Don lived well, enjoying the small and the great things in life. He was very athletic, wrestling in college, breaking horses, and playing football. He had an extraordinarily high tolerance for pain and cold and was known for shoveling snow in shorts and a tee-shirt. He was an avid hunter throughout his life and enjoyed hunting alongside family; and most enjoyed hunting with his brother and best friend, Loren, until he passed away 13 years ago, and brother Ben. He had a green thumb and loved gardening – he had the most beautiful peonies. Those who knew Don remember him as part smart-aleck, part serious theologian.

Most notably, Don loved and was devoted to the Lord Jesus Christ and served him faithfully and unashamedly. He made a point to make the Gospel the center of most all conversations. He would want to be remembered as a faithful servant and loving father.

Don was preceded in death by his parents; three brothers, Allen, Norris and Loren Lagge; sister, Shirley Bourelle; sister-in-law, Diane Justice; and father-in-law, Samuel Fenno Carter (who was like a second father to him).

Don will be missed tremendously by family, friends, and those whom he served.  All who knew Don, knew of his deep commitment to the Lord.  He impacted many lives.