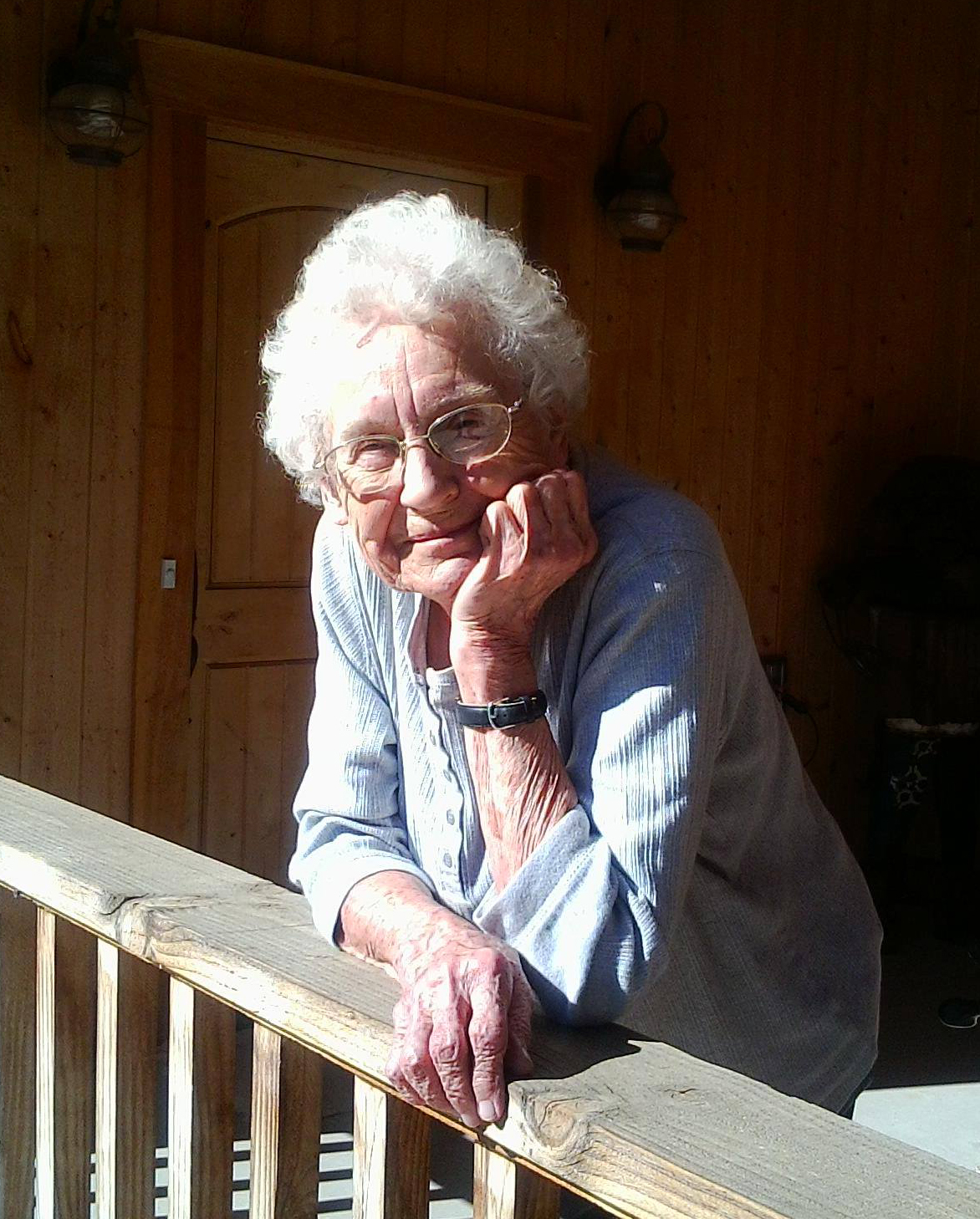 Arleen was born September 18, 1925 to George and Eva (Brandt) Hinrichs in Claremont, South Dakota. She was raised on the family farm and attended schools in Claremont and Amherst where she was an excellent student and participated in many extracurricular activities, including chorus, band, cheerleading and sports. In later years her children were delighted when they could finally win in a foot race against their mother.

She was an excellent singer, and was encouraged by her teachers to pursue a singing career. Instead she sang for weddings, funerals and with a women’s trio at her church.  Her oldest two daughters joined her to sing acapella three-part harmony, with the younger daughters following suit years later.

She met her future husband, Willard Andrews, on her parent’s farm where he was “the best looking guy on the threshing crew.” They married in 1943 and were both active in the music ministry of the Zion Reformed Church in Amherst, South Dakota before moving to Britton where Arleen taught kindergarten Sunday school. She got the little ones playing home-made percussion instruments along with their Sunday-school songs.

Another of Arleen’s great talents was gardening. She raised large vegetable gardens during the years the family farmed and spent many weeks canning and preserving food for the family.

She taught her children to sing and to enjoy music but she also taught them life skills and the joys of nature and growing things while she never tired of learning herself.

During her early married years, she and her husband, Willard, were active in Masons and Eastern Star as well as square dancing, round dancing, ice dancing and roller skating.  But as the glory years of the small family farms faded from the country, the Andrews family also moved on; sold the farm and moved to Aberdeen where Willard went to work for Game Fish and Parks as a park warden.

Moving to town was difficult for Arleen at first, but she adapted and since the older children were already gone from home, she raised the younger children in the new environment. The job then took them from Aberdeen to Hot Springs where Arleen went to work at The First National Bank of the Black Hills. She made many friends both at work and at the United Churches where she again taught Sunday school.

Willard and Arleen made one final move together to Hartford Beach on Bigstone Lake on the Minnesota border, where Willard died of sudden cardiac death.

With this move, Arleen had also transferred jobs to the First National Bank in Milbank. It was at the bank where she met Maynard Linngren, a native of Grant County, S.D.  He convinced her that it was time for her to retire, so they got married and traveled the world. Maynard was close to retirement himself, but his job with International Diamond took them many places she had always wanted to see, including the Holy Land. They made their headquarters in the Bay Area of Northern California with a weekend home in the Danish community of Solvang. Eventually they sold their Solvang home and retired to a small farm in Strandburg, S.D. where they lived together until Maynard’s death from Leukemia.

As Arleen’s health started to decline, she moved to Southern California for ten years with one of her daughters.  Once again she was active in her local church where she met Jan and Mickey, her very special friends.

By this time her eyesight was also failing and she had to give up driving. It was very difficult for her to lose her freedom, but she adjusted as she had to a lifetime of changes.  She said that with each move, the first things she would do would be to find her church and her library. Even with her eyesight failing, she found she could order audio books and there were always friends and family to take her to church.  She didn’t have to give up either one.

Her final move was to an assisted living facility in Rapid City, S.D. near two more of her children. Her final days were spent in the constant care of her son, daughter-in-law, daughter, and dear friends.

Arleen was preceded in death by her parents, sister, and all of her classmates and contemporaries. She said that sometimes it was lonely to live so long when everyone a person grew up with was gone. She was the last of her generation on both sides of the family and will be missed.

Graveside services will be held in Strandburg, South Dakota the summer of 2021.

Her online guestbook is available to sign at www.osheimschmidt.com