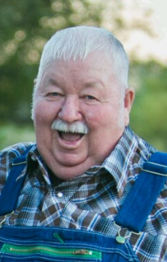 Orlando was born on July 9, 1939, to Melvin and Alma Thompson of Henry, S.D., outside of Watertown S.D. Orlando (”Ole”) was raised on the family farm, a cattle and hog operation, and attended school in Wallace. In High School, he was active in basketball and worked on the family farm. He graduated in 1957. Upon graduation he went to work for Watertown Monument Works, creating and delivering memorial stones. It was at this time that he began driving big trucks, which began a career that would span 60 years as an universally respected and sought after big rig operator.

In the spring of 1959, Ole married Marion Jacobson and had their first child, Mike, later that year. A year later, the little family moved to Rapid City where he began working as a driver for a freight company, and at times drove livestock rigs. It was there in Rapid City where Ole and Marion had their second child, Brenda. Their time in Rapid City was brief. In 1962, Ole moved his family to Hot Springs, where the couple had their last child, Cindy, and where Ole would reside the remainder of his life.

In Hot Springs, Ole went to work as a fuel driver for Hot Springs Refinery. At that time the owner Ted Bonde, had recently purchased a burgeoning truckstop at the intersection of Highways 385 and 79. Bonde named it Maverick Junction.

Ole and Marion divorced in 1970. Ole went on to become the Manager of Maverick Junction, a position he would hold until 1982.

In 1974, Ole married Pat Simmons. He became the stepfather to Donise, Jeff, and Christy Simmons. Pat and Ole were married for 32 years until her death in July of 2006. In 1982, Ole started his own trucking company, running cattle and hay operations, until eventually evolving into nationwide long haul flatbeds until 2015, when he sold his last semi.

Due to medical issues from a brain injury, we lost Ole on March 3, 2020. He was rejoined with Pat, the love of his life, and will be forever missed. Ole cannot comprehend the friends he is leaving behind.

Ole was a lifelong avid hunter, fisherman, and solid mechanic. Ole loved playing poker, and he was pretty good at it. He was part of a local community of poker players who played regular weekly games in the southern hills area and at the Hot Springs Senior Center.

Ole is preceded in death by his parents, Melvin and Alma; sisters, Dorothy and Loraine; and brother, Gerald. Ole’s stepdaughter, Christy, passed in 1983, and infant son, Steven Thompson, passed as an infant.

Orlando Glenn Thompson is survived by his immediate children: Mike Thompson (Mary) of Jerome, Idaho; Brenda Cruz (Rick) of Fargo N.D.; Cindy Schoon (Bill) of Whitewood; and step children, Donise Cyre of Coos Bay, Ore.; and Jeff Simmons (Marsha) of Hot Springs. He is also survived by grandchildren, Chris, Jacob, Cody, Darrel, Danyelle, Jesse, Destiny, Ty, Danny, Lisa, Bryce, Sean, Rheanna, Chris, Aaron and Jay. Further surviving him are many great grandchildren, cousins, nieces, nephews, and a host of friends. Ole was the quintessential Grandfather and Uncle, and was and will always be cherished and missed by his grandchildren, nieces and nephews.