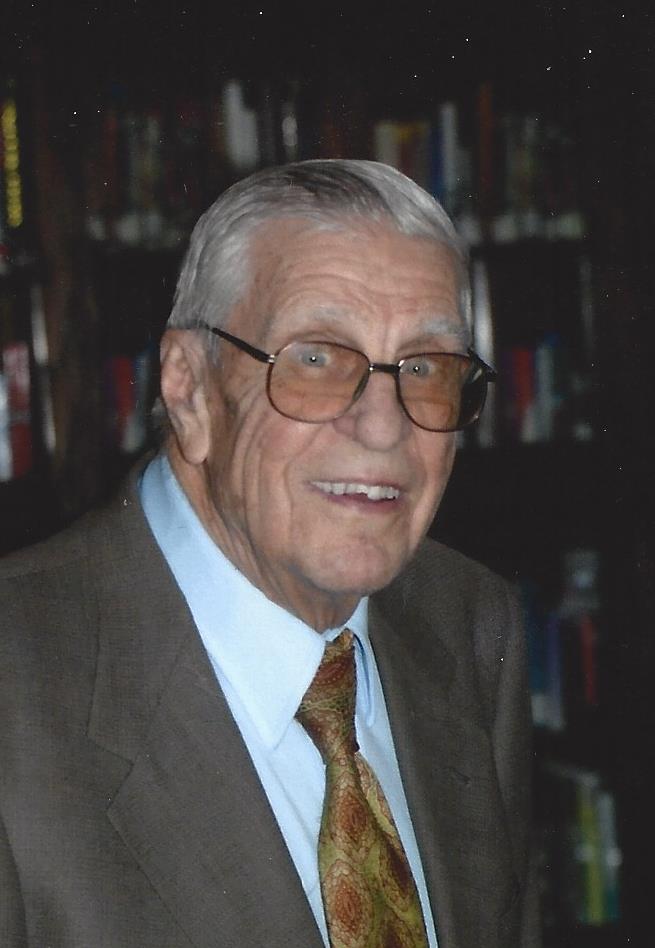 Harlan Louis Niedermyer was born June 19, 1918, to Theodore Niedermyer and Mamie Michael at Pisgah, Iowa.   He graduated from Magnolia High School in Magnolia, Iowa, in 1936. After graduation he worked six years on his parent’s farm until he was drafted into the U.S. Army in 1942 where he served until he was honorably discharged in April, 1946.

He attended Fitzsimmons Hospital Radiology Training and worked for the Veterans Affairs Medical Center in Denver until 1967. This is where he met the love of his life, Mae Dixon and they were married at St. John’s Lutheran Church in Denver on November 24, 1951. In 1967, he and Mae transferred to the Hot Springs Veterans Affairs Medical Center where he retired in 1976. Harlan passed away at his residence at Pine Hills Retirement Center in Hot Springs, S.D. on February 23, 2020 at the age of 101. Harlan was a member of Bethesda Lutheran Church, NARFE, Westerners, Lions Club and American Legion.

He was preceded in death by his parents and sister, Hilda Niedermyer. Harlan is survived by his wife, Mae; nieces and nephews and a host of many friends.

A memorial has been established in Harlan’s name to benefit the Bethesda Lutheran Church in Hot Springs.

Arrangements have been placed in the care of Chamberlain McColley’s Funeral Home in Hot Springs. Condolences may be left at www.chamberlainmccolleys.com