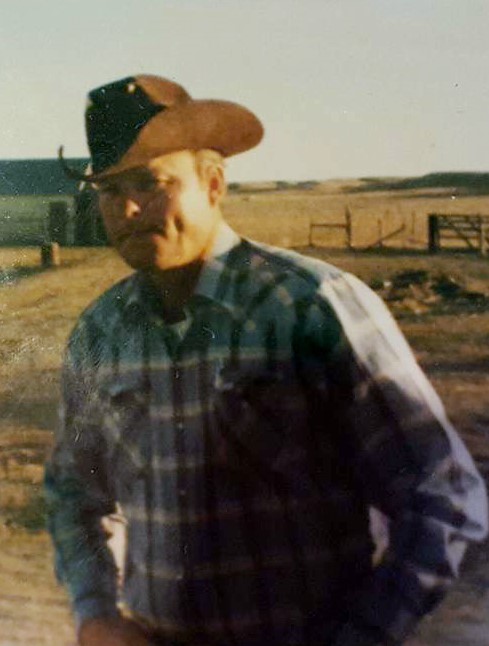 Tony Max Bryan was born August 22, 1940, in Pierre, South Dakota, son of Donald Cramer (Bud) Bryan and Wilhamena Christina (Minnie) Brunson. Tony was number 9 of the 11 kids. Tony’s growing up years were spent as a Cowboy on the family ranch north of White River, South Dakota. While attending school in White River he was involved in sports, playing football and basketball. Tony also spent his high school years saddle bronc riding in the rodeos with some of his brothers.  Tony met his bride to be, Barb when she was teaching school in White River. Tony and Barb married in 1961 in South Dakota. In his early years of their marriage Tony continued rodeoing and Barb was by her saddle bronc riding cowboy’s side. He has several belt buckles from his winnings.

In his young married years, he worked in construction running heavy equipment, building many of the highways across South Dakota. In the down season he spent much of his time staying home with his daughters as a hands-on Dad. Tony spent some time working/operating the family ranch in Oral, South Dakota before buying his own ranch north of Edgemont, South Dakota on the Cheyenne River. Tony was employed by the city of Edgemont for many years while operating his ranch and raising a family of girls famously known as the 5T’s. He often said his girls where a “great bunch of cowhands”. He gave each of his daughters a buckle from his winnings as a treasured keepsake. When Tony had grandchildren, he enjoyed spending lots of time with them. He liked playing cards with the grandkids as he had with his girls. He especially enjoyed taking them riding on his beloved horses that he raised and trained himself.

Funeral service will be held Thursday, December 12, 2019 at 10 a.m. at the Pringle United Methodist Church in Pringle. Interment will follow at Pringle Cemetery.

Condolences can be left at www.dewittfuneral.com.