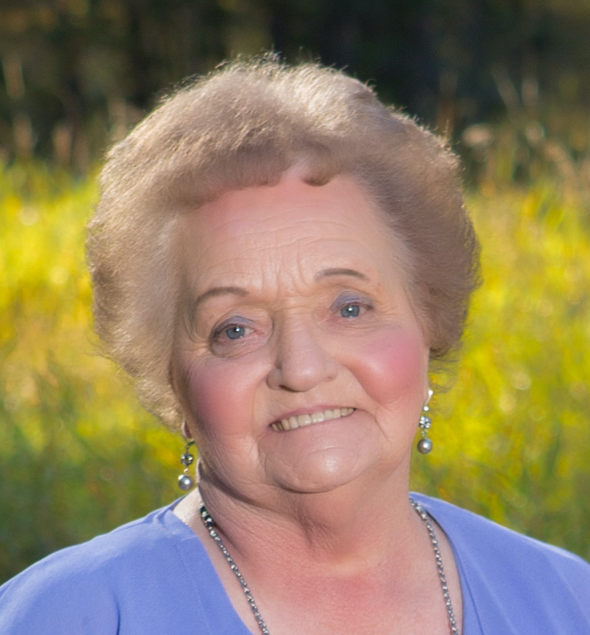 Darlene was born March 4, 1936 in Gregory S.D., the daughter of Martin and Anna Rezac. She attended schools in the Gregory area, and when she wasn’t learning there, she was at home discovering some of the many skills she would need to raise a large family. Darlene was a master in the kitchen and quickly became one of the best cooks this side of the Missouri, and probably the other side too. While in Gregory, Darlene met the new kid in town Floyd Simunek, and the two quickly fell in love. They were married on April 19, 1952, and a short time later started a family. They eventually moved to Colome where they continued to farm and ranch. Darlene and Floyd were blessed with 11 children, many of whom worked alongside them on the family farm.

Darlene was the CEO of the house, making sure everything was running smoothly. She often spoke of her dream of being a business woman, but was so humble she didn’t realize that she was a financier, a master chef, a teacher, a doctor and nurse, a psychiatrist, a hospitality manager, and so much more – far exceeding what many business women do in a routine week.

After 28 years in Colome, the family moved to the Black Hills, settling in the Hot Springs area while maintaining a small ranch and garden near Buffalo Gap. Darlene also helped run a family campground and pawn shop, all while teaching her children and grandchildren her cooking skills and family recipes. There was no better day in the Simunek household than when Darlene was making chicken noodle soup, as everyone got in on the act - both making and devouring the culinary treasure. In addition to cooking, gardening, a cold beer, and the farm life, Darlene enjoyed music and dancing, especially if it was a good polka tune. Her heart was happiest when she had a house full of family. The Holidays were always at Mom’s/Grandma’s and although chaotic and loud, she wouldn’t have it any other way. Darlene will forever be remembered as a kind soul, loving all of her children and their spouses, her grandchildren, great grandchildren, and great-great grandchildren. She was always willing to lend a hand to family and friends. Whether it was a warm bed, a hot meal, or a thoughtful gesture, Darlene opened her home and heart to many. She will be dearly missed by the countless lives she enhanced.

Arrangements have been placed in the care of McColley’s Chapel of the Hills in Hot Springs. Written condolences can be made at www.mccolleyschapels.com.