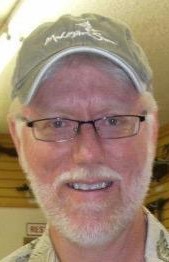 Dean was born September 8, 1961, in Hot Springs, to Norman ‘Red’ and Derelle (Hendrickson) Wynia. After graduating from Hot Springs High School in 1979 he continued his education and obtained degrees in Management Information Systems and Business Administration/Management. Dean was a skilled Lean Sigma Continuous Improvement Expert and well known as a leader in Operational Excellence.

Dean was a man of many hats, he is best described as bright, energetic and compassionate. He was many things to those who were fortunate to know him. Dean was a philosopher in his own right, a movie buff, comic (self-proclaimed) photographer and professional poker player. Collecting was one of his favorite hobbies but antique collecting was his passion. His trivia expertise was unmatched. Dean was a writer, linguist, poet, historian, friend and confidante. A colorful man he was with a big heart and a zest for living a life that inspired many a friend. Dean’s faith led him through his journey,

Predeceasing him in death was his father, Red Wynia and his brother, Dale Wynia.

Services will be held at 1:30 p.m. on Saturday, November 30, 2019, at Chamberlain McColley’s Funeral Home in Hot Springs, with Reverend Dr. David Cook officiating.

In lieu of flowers a memorial has been established in Dean’s memory to benefit Tristyn and Gracyn’s college funds.