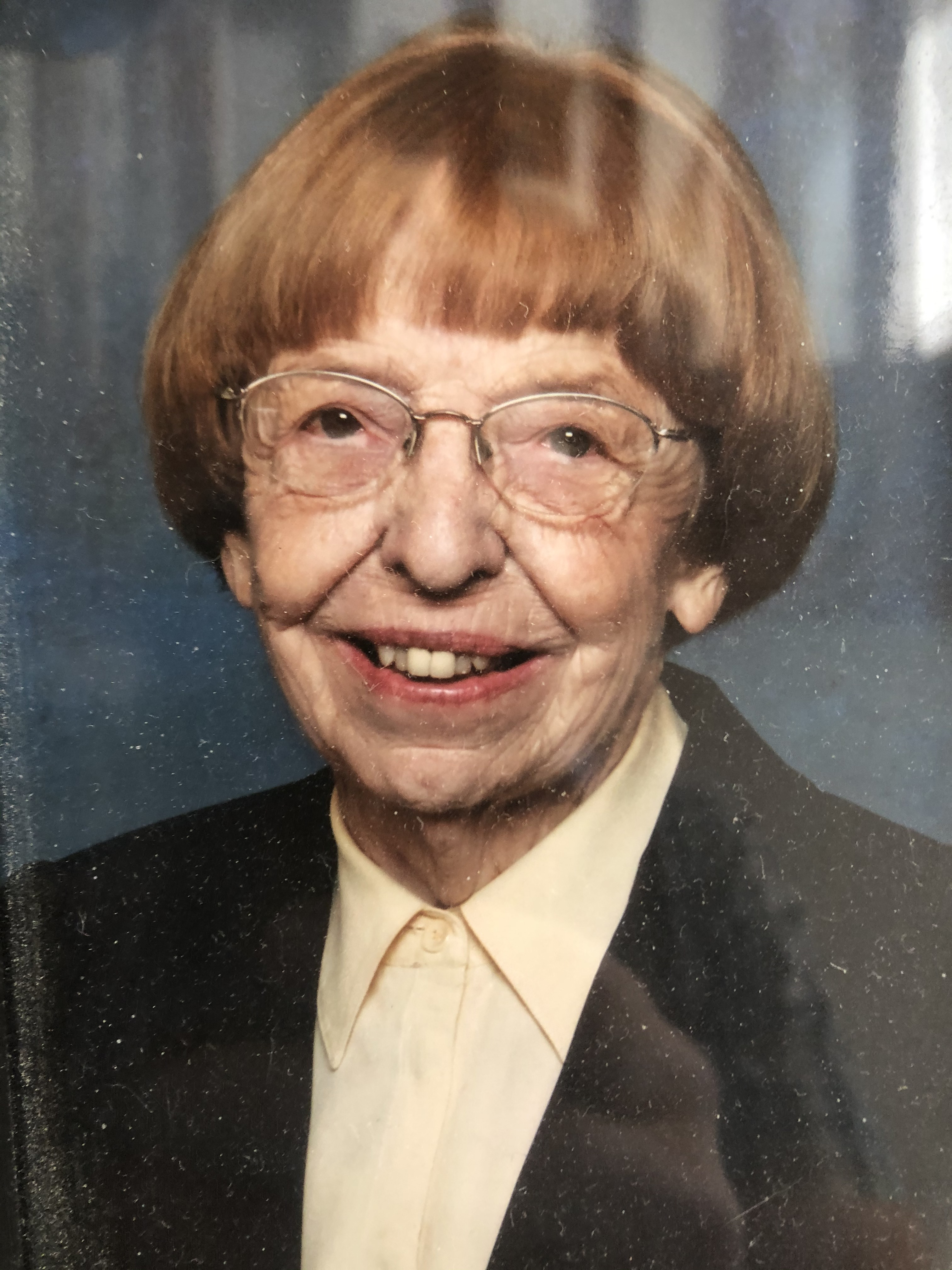 The world lost a treasure when Geraldean L. Fluke passed away October 19, 2019 in her home designed to take in the views of beautiful Blue Mountain in Missoula, Montana. Born January 7, 1926, in Winner, South Dakota, to Grace and Lowell Lynn, she was the middle of their three daughters, between Marion and Barbetta. In 1932, the drought and grasshoppers of the Great Depression drove the Lynns to pack all they owned into one truck and move their family to Deerfield, South Dakota, where Grace had been appointed Postmaster. There they had access to water, wood, gardens, trout, venison and a wonderful neighborhood. As a young child there, Geraldean first experienced fishing for trout, and that would become a passion she retained throughout her life.

The Lynns sent their daughters to Rapid City High School. When Geraldean was 13, she joined Marion, who was 15, and with help from home and by performing hourly labor, they lived independently in housekeeping rooms. Later, Barbetta and Geraldean repeated the process. After graduation from high school, Geraldean taught in a rural school for one year, then she enrolled at the South Dakota School of Mines and Technology. Only the seventh woman to receive a degree from SDSM&T, she graduated in physics in 1948.

Geraldean’s first job was as a Physicist with General Electric at the Hanford Test Site, where the project tested the optimum spacing of nuclear fuel rod elements. In 1952, she married Gordon Fluke, a WWII veteran who had graduated from Oregon State University in chemical engineering. From 1953-1955, they worked for Boeing Aircraft in Seattle, where Geraldean computed aerodynamic heating in aircraft components and conducted analyses. They moved next to Ann Arbor, Michigan, for Gordon’s career, and while there, Geraldean began her graduate program studying nuclear physics at the University of Michigan.

In 1957, the Flukes moved to Sacramento to work for Aerojet General Corporation. Geraldean’s assignments included conducting fluid flow and heat transfer analyses in solid rocket thrust chambers and nuclear radiation effects on rocket components. She authored reports of a classified nature. Geraldean worked at Aerojet until 1968, when they moved to Southern California, and she accepted a position with the U.S. Air Force Rocket Propulsion Lab at Edwards Air Force Base.

In 1970, Geraldean and Gordon decided to leave California to raise their children in South Dakota, believing the quality of life available in the Black Hills would provide more adventures, freedom and fun. She was hired to teach math and physics at Edgemont High School, where she worked until 1982. To this day, students remember Mrs. Fluke with gratitude for her student-focused, exemplary teaching that prepared them with a solid foundation in pre-calculus mathematics. This led them to succeed at very high rates in college math, and they pursued a wide array of degrees leading to professional careers in engineering, medicine, biochemistry, law, and education. Concurrent with her teaching role, Geraldean hearkened back to earlier construction projects she had undertaken with Gordon (a home in Seattle, a cabin in Squaw Valley), and she was particularly industrious and creative in seeing opportunity in “fixer-uppers,” as she called her realty investments. These required the dedicated labor force of her entire family.

In 1982, the Flukes were re-employed by Aerojet General in Sacramento, where Geraldean worked extensively on testing solid rocket engines. She regularly traveled to Southern California to collect data and write performance reports for Aerojet relative to its rocket test-firings outside Indian Wells. Ultimately, in 1992, the Flukes retired from Aerojet and moved to Missoula, Montana, where they had built a home with views of Blue Mountain. A year later, she returned temporarily to Rapid City, South Dakota, to serve as Technical Coordinator for ECO-Chem Network. And while there, she decided to pursue admission to a doctoral program at the South Dakota School of Mines & Technology in their 2 new Atmospheric, Environmental and Water Resources (AEWR) program. In 1997, Geraldean was awarded the first Ph.D. of AEWR. Following completion of her doctorate, she was hired onto the faculty of Aaniih Nakoda College in Montana, where she taught calculus and physics.

With her second “retirement,” the Flukes returned to Missoula permanently, devoting their time to enjoying their two young grandsons growing up there. Geraldean cooked thousands of beautiful meals, taught her grandsons to read, helped them with multiplication tables and calculus, and never missed an activity in which they participated. She decorated her kitchen with floor-to-ceiling framed pictures of them at every high school award event, from speech and debate tournaments to running. Among all grandchildren and most of their friends, she was well-known for her special cookies, which she sent throughout college to everyone. She participated again in PEO, having joined initially in Seattle, and became an avid chess player who had fun playing in small tournaments and continued weekly lessons from Greg “The Octopus” Novak, Missoula’s Grand Master. Summers were spent in the Black Hills on property the Flukes had bought long before, initially as a summertime respite from California. Over the years, Geraldean spearheaded many improvements and additions (i.e. “projects”) on this property, her beloved ranch; she was recognized by the U.S. Forest Service with an award for Reclamation and Conservation in 2016.

Geraldean, an extraordinarily humble woman, would not want it mentioned that she was awarded the Guy E. March Silver Medal for Professional Accomplishments from SDSM&T and was inducted in 2010 into the South Dakota Hall of Fame, based upon her ground-breaking professional successes.

She was preceded in death by her husband Gordon, sister Marion and brother-in-law Ben Tryon, and brother-in-law Robert Sohrt. She is survived by her sister Barbetta Sohrt, children Roberta Evans (with husband Charles Tornabene) and Douglas Fluke (with partner Sherry Julius), along with Gerald Evans, whom she deemed “another son.” Her legacy of humor, honesty, kindness, resilience, and hard work lives on through her grandchildren: Allison Fluke, Daniel Evans, Lowell Fluke, and Michael Evans. She also leaves behind four nieces, Sherry Tryon, Karel Rice, Fran Nichols, and Pam Geurin, as well as one nephew, Vern Sorht, and their families. Special friends have included David Fluck, Elizabeth Bentley, Zach Hitchner, Derek Hitchner, and Susan Hitchner. Two “constant companions” served as her furry best friends: Buddy and Girl.

Family interment in the Black Hills has been planned. If you wish to remember Geraldean, the family requests you let a beautiful rock compel your investigation into its geologic origin or move your music-tapping toe to the dance floor in your kitchen. She loved and mastered both.