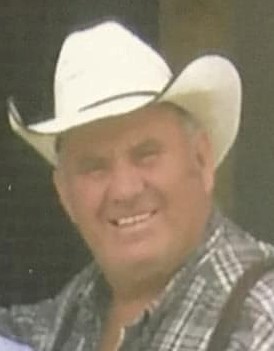 John Henry “Jack” Brunson was born on May 27, 1950 the 9th of 10 children of Charles Vern Brunson and Ada (Swan) Brunson. Jacks early years were spent on the Brunson ranch between Cedar Butte and Belvidere, S.D. A ranch full of kids, cattle and horses they were known for creating their own entertainment. He attended school at Belvidere and a standout basketball player. His teen years were full of fun and excitement as rock and roll entered the sixties. The small towns of Vivian and Draper would hold dances with some big-name bands. As the radio station KOMA would broadcast “be there or be square”; often that meant fist fights and dancing. Jack left South Dakota to go to Flint, Michigan to attend meat cutting school as his Dad wanted him to learn a trade. While in Michigan he received his draft notice and returned to South Dakota. Steve and Bob Kary told him he could work for them to prepare for boot camp. Jack said staying and working with them made boot camp easy! When he reported the officer said you and you come with me and he was sworn into United States Marine Corps on Sept 25,1969. Jack served three tours on the ground as a machine gunner in Vietnam earning The National Defense Service Medal, the Vietnam Service Medal with 1 star, The Good Conduct Medal, and the Pistol Sharpshooter Badge. He also received counter guerilla warfare training in Okinawa. During Jack’s service President Nixon and his wife Pat invited him and a few other Marines to their private Thanksgiving dinner. Jack was honorably discharged on September 24, 1971 continuing to serve for a time in the Marine Corps Reserve leaving as a Lance Corporal. While he served, he completed his GED.

After his discharge from the military Jack operated the Gooding Livestock Auction in Gooding Idaho and worked for a time as a buckaroo in Nevada before returning to South Dakota to begin ranching.

Jack often roped at White River S.D. and one night his future wife came to the roping. As she walked by a local rancher told Jack that was the woman he needed-she was a real cowgirl! Jack thought so too; he married Cindy Kary twice. The first time Jack let the marriage license blow out the window of the pickup and it was never filed so Cindy insisted on another marriage ceremony years later in Elko Nevada and she kept the license. Cindy always told him the only reason she slowed down to look was the nice gray horse he was riding.

Jack and Cindy began ranching on the Brunson place and to get the bills paid he started custom haying. He would get the hay put up at home by July 4th and then leave Cindy to run the ranch and head to the hay meadows of Nebraska to hay. He would not return home to his wife and small children until snow began to fall which was usually late October. They moved to the Edgemont area in 1987. Together with their three children they put together a large ranch in Fall River County that included parts of the Igloo Defense base from World War Two. Jack was an astute businessman and a friend to many people in ranching. He prided himself on his Charolais calves in the fall and having plenty of hay. He was proud of all the many improvements he and his family continually made to the ranch buildings, fences, corrals and the land. He loved buying cattle and machinery and was a frequent visitor at area sale barns buying cattle to run on the ranch.

Cows came to the ranch in all shapes and sizes but were always bred to a Charolais bull. No matter what he brought home Cindy would always tell him how much better they would look with that Charolais calf by its side in the spring. Even while experiencing serious medical issues he was always thinking of the ranch. Once while hospitalized in intensive medical care a sale barn owner called him on the phone asking him if he wanted to bid on some Charolais bred cows he instantly told his wife to shut the door and not allow those nurses in till he had those cows bought.

Grandchildren, Allie Brunson and Emrey Brunson of Edgemont and Cassidy and Briella Brunson of Missouri. He is also survived by a sister, Sue Byrd (Terry) of Belle Fourche and a brother, Jim of North Platte, Neb. Brothers in law, Kenny Finck and “Swede” Larson; mother in law, Susan Kary of Parmelee; brothers in law, Bill (Colleen Abourezk) of Springfield Missouri and Joe Kary of Parmelee. Sisters in law, Kathy (Ed) Chauncey of Mission; Diana (Mark) Melvin of Fort Pierre; Cheryl (Carl) Bartlett and Jackie Kary of Sundance Wyo. Also, many cousins, nephews, and nieces and a host of other family and friends.

Services were held at Chamberlain-McColley’s Funeral Home in Hot Springs on Saturday, October 26 at 1:00 p.m. with visitation two hours prior. Burial was at the Black Hills National Cemetery on Monday, October 28 at 1:00 p.m. Per Jack’s wishes a gathering of all friends and family was held on Saturday after the services at the Hot Springs American Legion. In lieu of flowers memorial gifts will be given in Jacks name to struggling Veterans and their families.

Arrangements have been placed in the care of Chamberlain McColley’s Funeral Home, Hot Springs, S.D.