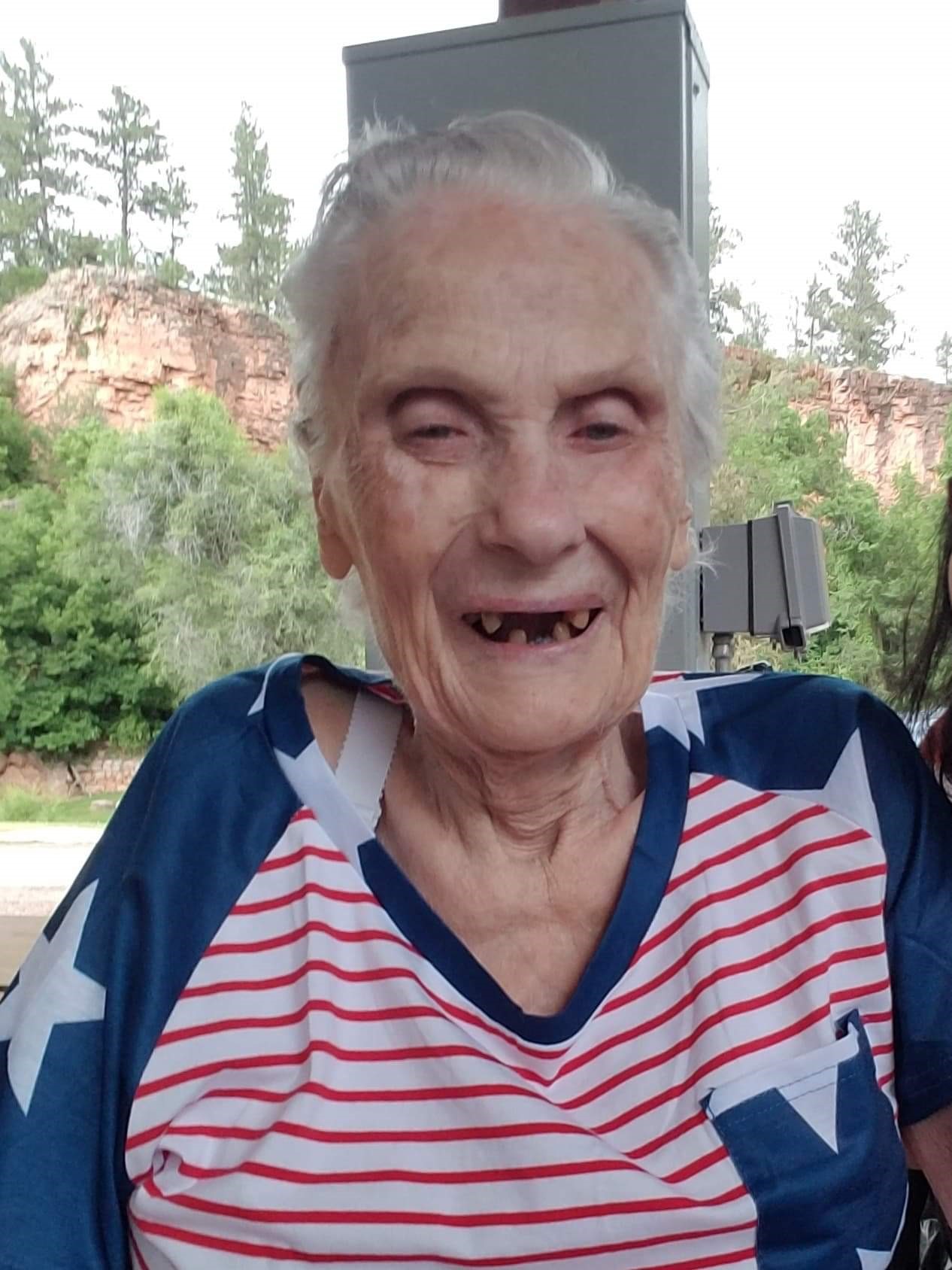 Dessie Evelyn Baxter was born into the union of Raymond and Frieda (Wagner) Baer on January 31, 1932, in Presho.

During her life she lived several places including Oregon, California and Arkansas before finally settling in Hot Springs for the last 60 years. She married Richard Neal Adair on April 19, 1950, and 5 children were born to this union, Stan, Duane, Les, Dixie and Sherry. Unfortunately they divorced in 1968.

Dessie enjoyed many interesting jobs while living in Hot Springs including working as a nurse aid at the VA, working at the school cafeteria, she was a dispatcher for Fall River County and Joe’s Taxi and she was employed at Kustom Kraft. But the most rewarding job for Dessie was working at the local Jack and Jill. She is fondly remembered by many school kids as the staple, so to speak. The store changed hands many times and she continued working there until she retired in 1994.

While working at the VA she met her second husband, Charles Baxter and they married May 5, 1973. That marriage was short lived as Charles died January 9, 1974.

Dessie is preceded in death by her first husband, Richard Adair; her second husband, Charles Baxter; her father and mother, Raymond and Frieda Baer; her brothers, Elmer Baer; Max Baer; and her granddaughter, Nicole Adair.

Visitation will be held 5 to 7 p.m. on Friday, July 19, 2019 at Chamberlain McColley’s Funeral Home in Hot Springs.

A memorial has been established in Dessie’s name to benefit the American Cancer Society.