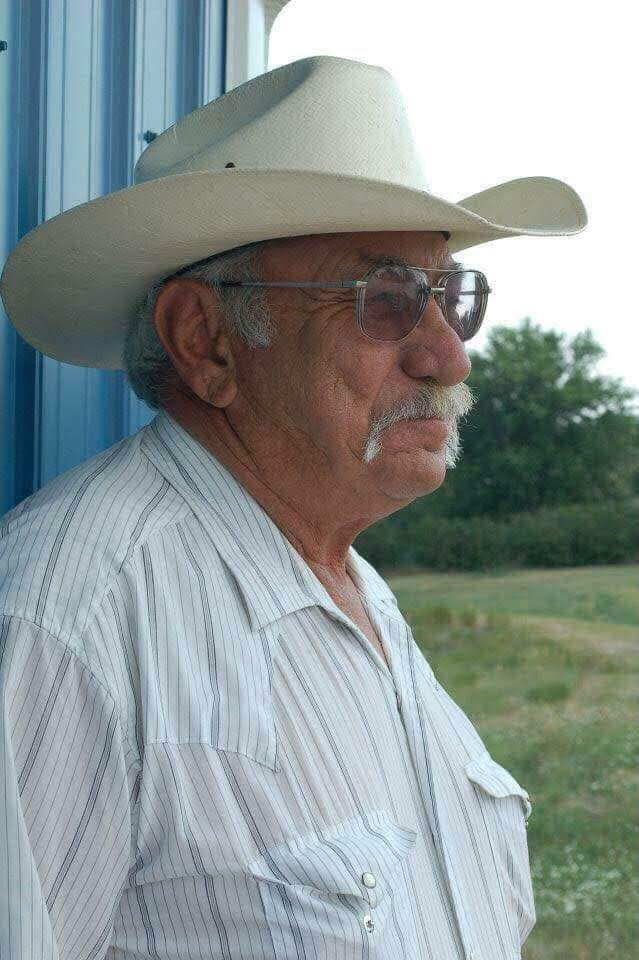 Jumbo was born September 26, 1944, at the Pine Ridge Hospital, to Marion ‘Bud’ and Josephine (Swallow) Hamilton. He weighed over 10 pounds so the nurse said to Bud, “Your little Jumbo”, and the name stuck.

He spent his entire life in this area and on the ranch except for a short time in the Army and at college in Huron. He and Leni (Connell) were married in 1965 and had three sons, Travis, Brett and Bud. He never missed their sporting events or dances that Travis and Brett played, especially The Young Country Band and he never missed one of Bud’s track meets, at Colorado especially.

He lived how he wanted, he was a friend to many and he was good at his word. He never met a stranger and he always hoped to be a good neighbor and family man. Jumbo leaves us broken hearted but memories are abundant, funny and sometimes not.

Predeceasing Jumbo in death are his parents; sister, Charlotte Bowker; grandson, Cody; and many good friends and loved ones.

Funeral services were held at 12:00 noon on Wednesday, June 19, 2019, at the Oelrichs School Gymnasium in Oelrichs.  Committal services followed at the Swallow Family Cemetery.