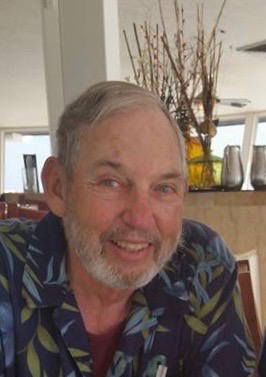 Lee grew up in Indiana where, at the age of 7, he along with his brother Mike were put into an orphanage - they would live there for the next 3 years. His memory tells tails of orphanage meals where he formed his instinctual dislike for cooked raisins and powdered sugar; this sentiment would never change.

After completing the 8th grade at Indianapolis’s St Marks School, Lee moved to Florida to live with his aunt Mary for a year where he attended Boca Ciega in St. Petersburg. Lee returned to his mother and step father, Louis (Sonny) Richards, where he would attend South Port in Indianapolis, Indiana.

In 1957, at the age of 17, Lee joined the United States Air Force. His military career started at Lackland Air Force Base in San Antonio, Texas, where he completed his initial entry training. Upon completion and graduation, Lee was stationed at Kiesler Air Force Base in Biloxi, Mississippi where he was trained as a Radio Operator. It was here that Lee obtained his high school GED.

From Biloxi, Lee served as a Canine Law Enforcement Handler for another 9 years of national peacetime service stationed in various worldwide and continental locations such as Misawa and Wakanow Air Station, Japan, Hahn Air Base, Germany, as well as Malmstrom Air Force Base, Montana.

In 1966, Lee’s life would change forever. He, along with his faithful Canine companion Andy, would leave for Vietnam. He remained there for 1 year.

Following his tour in Vietnam, Lee moved to Ellsworth Air Force Base in Rapid City South Dakota. It was here that he was blessed with 2 daughters; Rhonda and Kimberly.

Lee’s career took his family to Guam following Ellsworth Air Force Base where he was blessed with a third daughter, Kristy. He continued the remainder of his Air Force Service at Air Bases in Grand Forks, North Dakota, Rimini, Italy, and again at Ellsworth, South Dakota. While considering whether or not to retire from a 20 plus year military career a good friend mentioned that the Burlington Northern Railroad was hiring. Lee applied and was hired. He made his first paid trip in May of 1978 and officially retired from the Air Force in June, exactly one month later.

In January of 1980 Lee was quickly promoted into an Engineer position. After a 28 year 2nd career, Lee retired from the Railroad in January of 2006.

While working out of Edgemont, South Dakota, Lee met the love of his life, Rhonda Morrison Clapham. He always said it was love at first sight. They were married in August of 1985 at which time he inherited 3 sons; Paul, Rick and Brian Clapham. He often said this was the best bonus he could have asked for.

Lots of memories were made with this Brady Bunch style family. Boating, camping, motorcycling and four-wheeling made up just a few of the adventures they had. Lee enjoyed being a member of the Masons, Shriners, and the Elks forming forever friendships. Because of this fellowship and through their missions Lee was able to demonstrate his inner most love for helping others. He loved bringing smiles to faces of children and adults alike while working as a carny at the Shriners Circus or driving the go-carts at a Shriners parade.

Riding motorcycles on the “Going to the Sun Highway” in Glacier National Park and family vacations bartering for silver near the Grand Canyon were a few of Lee’s fondest memories.

Those who knew Lee best understood how happy he was on the open highway while riding his Goldwing motorcycle or in the backwoods riding his 4-wheeler amongst the deer and the elk.

It was in 2010 when Lee and Rhonda fell in love with the Florida lifestyle. After several years of snow-birding between Florida and South Dakota they decided to call Florida home. It was during this chapter of Lee’s life he found the enjoyment of picnicking and shelling on the white sandy beaches, biking on the many local trails, spending quality “relaxing” time on his porch with friends and family and attending his Wednesday afternoon Dime Bingo. Of course, Lee’s ultimate passion was his love of reading.

After a long, un triumphant battle with cancer, Lee passed peacefully with his wife by his side on Monday, the 13th of May, 2019. He was 79.

Lee was preceded in death by his parents, his step-father, and his siblings, Chris & Susan Richards.