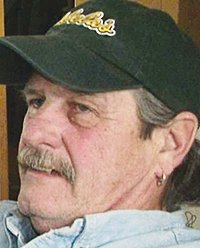 William, son of Boyd and Doris (Proffit) Kirkpatrick was born February 14, 1954 in Creston. He graduated from High School in 1972 and Southwestern Community College in 1979. He worked for Bonanza Buildings before becoming an enginer for BNSF Railway for 20 years.

On December 11, 1993, Bill married Janette Anderson in Hot Springs. After leaving the railroad, he worked five years as a stage and lighting manager for concerts around the country. He retired from South Dakota State Veterans Home in 2017.

Bill was preceded in death by his parents, grandparents, grandson, Meerick Kirkpatrick and brothers-in-law, Mark and John Anderson.

A celebration of life will be held at a later date. Condolences may be left at www.chamberlainmccolleys.com