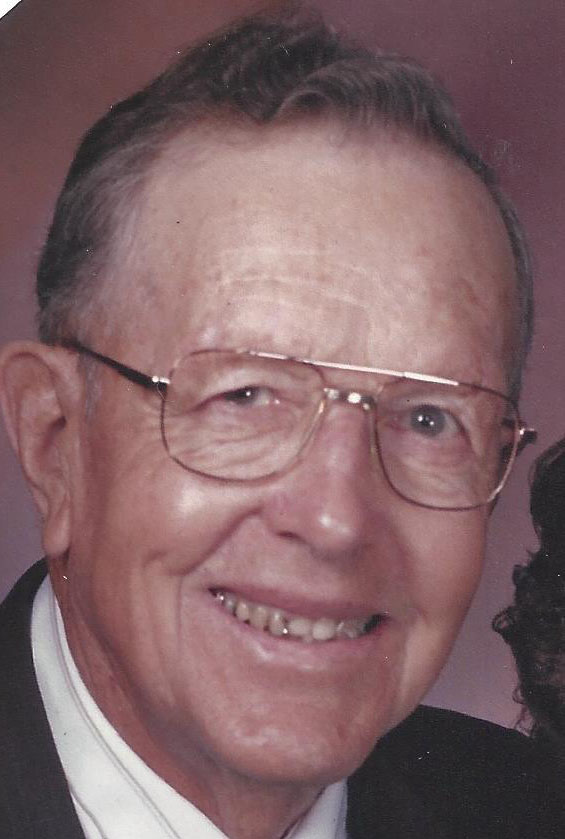 Loren James Caylor passed away on April 4, 2019 at the VA Hospital in Hot Springs.

Loren was born on February 28, 1923, in Ardmore, to William and Goldie Caylor. He spent his childhood on the family ranch west of Ardmore with his five siblings and attended the Eckard School through the 8th grade. On September 28, 1944, he volunteered for the Army. After 13 weeks at Camp Hood, Texas for infantry training, he served with the 96th Infantry Division in Okinawa. He was honorably discharged on November 12, 1945, and was awarded the Bronze Star. He was united in marriage to Betty Rose Hawk on May 31, 1949. They were married 69 years and to this union four children were born, Ladonna; Ronald; Jerry and Terry.

Loren worked at the Black Hills Ordinance Depot in Igloo, SD and later he and betty moved to Omaha, Neb., where he attended Universal Trade School. After living in Omaha for two years they returned to Ardmore area where Loren worked on several ranches until they had the opportunity to purchase land adjoining his parents ranch. He and Betty lived and worked there with his brother and sister in law, Clinton and Myrle Caylor and family, until their retirement in January 1992, when the ranch was sold and they moved to Edgemont, SD. In March of 2015, Loren and Betty moved to Pine Hills Retirement Community in Hot Springs.

A memorial has been designated in Loren’s name to Benefit the United Church in Edgemont.