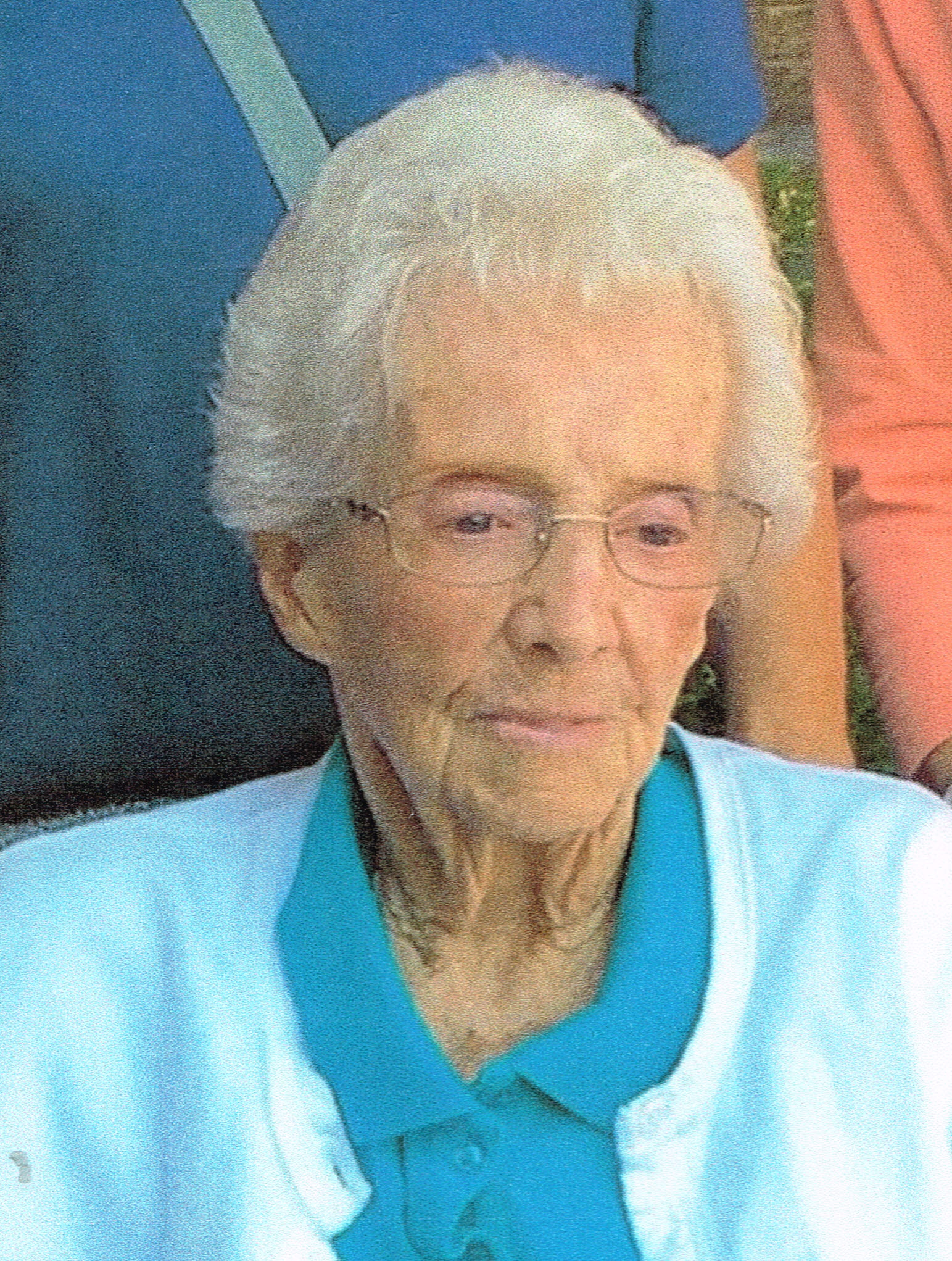 Nellie Kratzer passed with peace and grace on February 11, 2019, just short of her 102nd birthday, with her family by her side.

Nellie was born in Edgemont on April 13, 1917, the only daughter of Fred and Daisy (Walker) Hubbard. She graduated from Edgemont High School in 1935. She then went on to graduate from Nebraska Wesleyan with a two-year degree in education. With that degree she began her teaching career in a one-room school near Mule Creek Junction, Wyo. It was interrupted, however, by World War II, and she began working for the war effort in Igloo. Following the war, she resumed her teaching career in Gillette, and then Jackson Hole, Wyo. She often told about being asked by people in Jackson Hole if she would be “stayin’ in” for the winter. She soon learned that if you hadn’t left before the first snow, you were staying until spring. It was, she said, a “long winter”.

Her career was again interrupted when she married and gave birth to daughters Pat and Margie. After living for five years in North Dakota she divorced and moved with the girls back to Edgemont. Ever resilient and pragmatic, as a single working mom, Nellie completed a four-year degree in education.

Finally, in 1962, Nellie moved her family to Lusk, Wyo., where she happily spent the rest of her career teaching 3rd grade at the Lusk Elementary. She made many friends and touched many lives during her tenure as a teacher, until she retired in 1985.

In retirement Nellie was a member of many community organizations, and particularly enjoyed being a board member of the Niobrara County Carnegie Library. She loved reading and playing bridge, was pianist for the First Baptist Church, and was a member of Eastern Star and P.E.O. She loved fall foliage, beautiful sunsets, and the Black Hills of South Dakota.

Nellie embarked on one more adventure when at 98 years old, she moved to Billings, MT., where she lived at The Vista assisted living community. With her usual grace and sense of humor, she made many friends among the residents and staff. The caring compassion of the staff made her stay happy and peaceful.

Nellie was preceded in death by her parents, Fred E. and Daisy G. Hubbard, and her brother Fred Edson Hubbard.

A service was held at the First Baptist Church in Lusk, Wyo. on Monday, February 25, 2019.

Donations may be made to the Niobrara County Library Foundation in Lusk or to the donor’s choice.

Pier Funeral Home is in charge of arrangements.