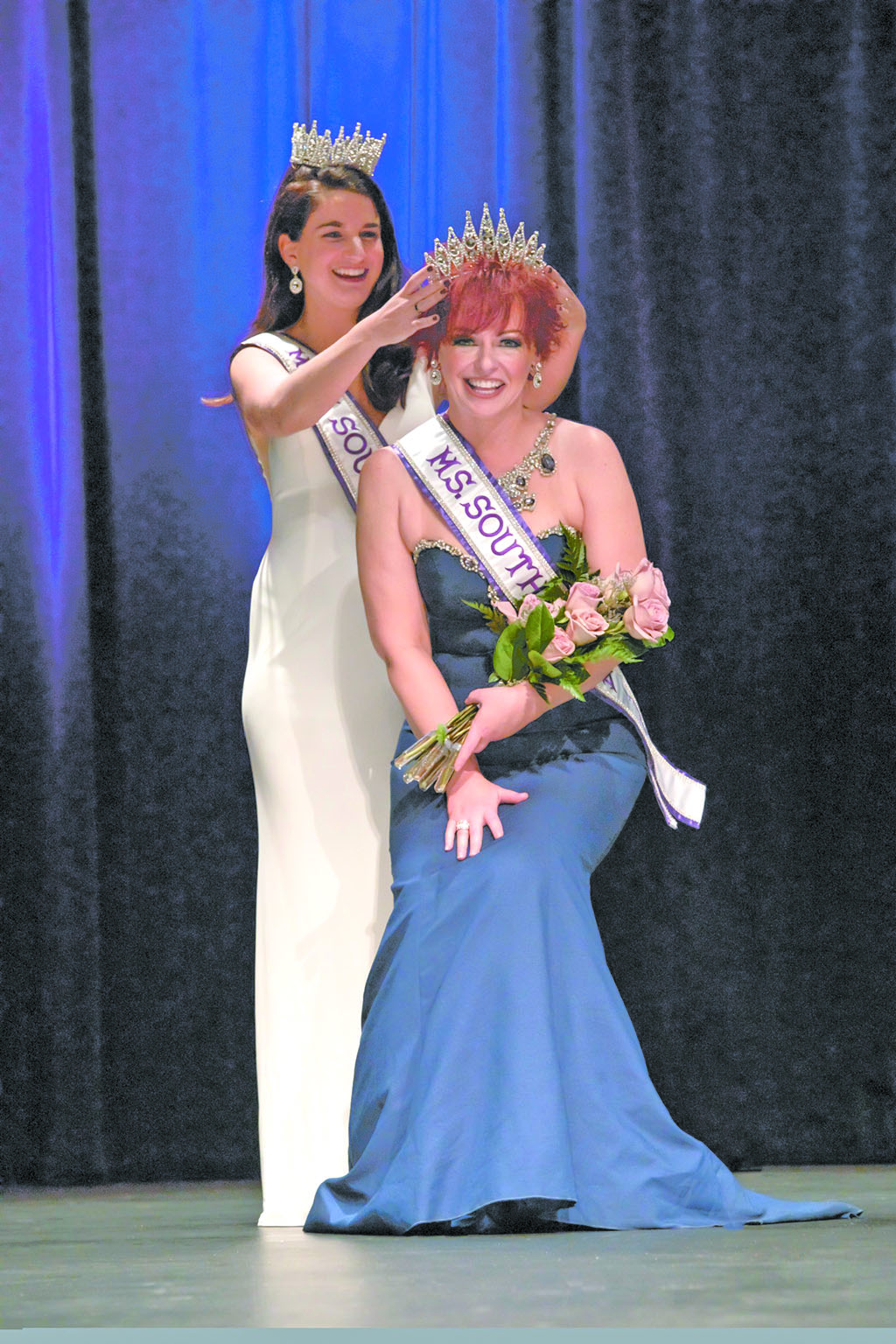 HOT SPRINGS – Lisa Shannon of Hot Springs and Tina Wilson and her daughter Morgan, formerly of Hot Springs and now of Rapid City, won titles in the 2019 South Dakota International Pageant that was held at the Sioux Falls Orpheum Theatre on October 21.

“It is an extreme honor,” Lisa said. “I feel very blessed to represent South Dakota as a role model, and as an ambassador for the American Heart Association, which is the national platform. Heart disease is the number one killer of women.” She said she wants to spread the importance of diet, exercise, and a healthy lifestyle.

Lisa’s personal platform is Motorcycle Safety, which was also her platform when she held the title of Mrs. South Dakota International 2017. She will be speaking and traveling throughout the year to promote her platform and the national platform.

Tina, age 56, who was crowned Mrs. South Dakota International 2019, lived in Hot Springs for 16 years and relocated to Rapid City three years ago. She has three sons and a daughter, Morgan, who is the new Miss South Dakota International 2019. Tina works for the federal government. She enjoys kayaking, hiking and interior design. After watching many shows about do-it-yourself projects, she took on designing kitchens, bathrooms and basic interiors of the homes she and her husband, Scott, have renovated

Tina’s pageant platform is Dare to Change—Diabetes Awareness and Prevention. “Diabetes has been a common thread throughout my life,” she said. “My father passed away at age 27 from diabetes complications. Nine years ago I was over 300 pounds and had gestational diabetes during two pregnancies, and last year my husband, Scott, was diagnosed with type 2.”

Continuing, Tina said, “During the past year I was frustrated by the fact that South Dakota does not have a chapter of the American Diabetes Association. Our native population is affected by diabetes at near epidemic numbers with children being the fastest growing group for pre-diabetes. My mission is to bring a chapter to South Dakota so our rural population has access to education, support and resources.”

As Mrs. South Dakota International, Tina will work with the state chapter of the Go Red for Women and The American Heart Association in their annual fundraising events, such as the Heart Ball in February and Heart Walk in the fall. She will also be part of the leadership team with the American Cancer Society for the upcoming annual Relay for Life.

“I look forward to honoring our veterans in the upcoming Veterans Day Parade, as well as the Festival of Lights Parade on November 24,” she said. “I’m certain other great opportunities will present themselves as the year progresses.”

When asked why she decided to enter the pageant, she said she was a “pageant mother” for a number of years while Morgan was involved in various aspects of pageantry. And, she accompanied her best friend, Lisa Shannon, who was Mrs. South Dakota International 2017 at that time, to a number of events. “I was able to see firsthand how dedicated those women and young ladies were to service in their communities and giving back,” she said. “The International Organization promotes family and service, and I was truly inspired to see these ladies lift each other up and empower each other in a way I had never experienced. The added bonus was sharing the pageant experience with Morgan.”

“Receiving the title alongside my mom and the other ladies was such an awesome moment,” Morgan said. “How often can you go through something like this with such a supportive group of women, especially sharing that experience with your mom? I am beyond blessed to have received this wonderful opportunity, and I look forward to being a part of such a great system.”

Morgan, a 2017 graduate of Hot Springs High School, is attending a South Dakota college with a double major in musical theater and vocal music performance. She was a two-year member of the All-American Cheer Team traveling to London to perform for millions in the New Year’s Day Parade. She was chosen for the Irene Ryan Award as a college freshman and competed regionally for one of their scholarships in theater. She is part of the college Color Guard Team and recently completed her first time as stage manger in “Man of La Mancha.”

“I aspire to perform onstage in live theater and dream of performing on Broadway,” Morgan said

Morgan’s pageant platform is Cyber Smart. “My goal is to spread the message of social media and technology safety, and digital citizenship,” she said. “I want to promote positive emotional/mental health while online.”

The next level of competition for the three women will be the national pageant at Miss International 2019 that will be held in Charleston, W.V., on July 26 and 27, 2019. Ladies between ages 4 and 60 living in South Dakota that are interested should visit www.sdpageants.com or contact South Dakota State Director Jessie Brower at 605-360-1117 or This email address is being protected from spambots. You need JavaScript enabled to view it..

Newly-crowned Tina Wilson, left, and her husband Scott and daughter Morgan are shown at the South Dakota International Pageant held in Sioux Falls in October. Mother and daughter will both compete in the national pageant to be held in Charleston, W.V. next July.