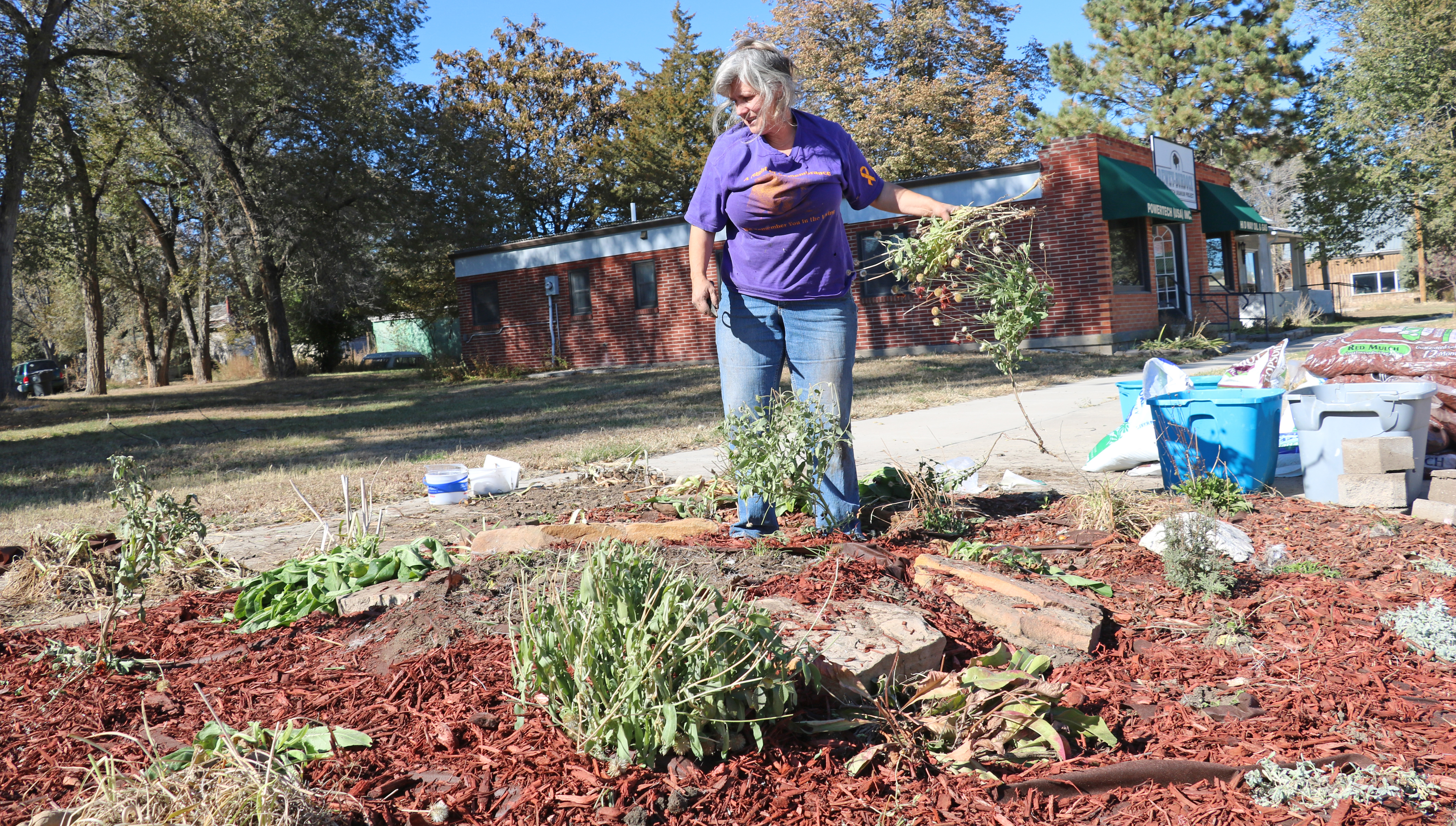 EDGEMONT – Edgemont’s downtown flower pods, located on and near the corner of Mogul Way and 2nd Street, are receiving some love and attention by one of the town’s “Green Thumbs,” Marge Schaller.

Schaller is known for her gardening skills through the work she displays at her home on F & 9th Streets, and was “talked into” sharing her talents by volunteering to clean up the three city-owned flower beds along Edgemont’s Main Street recently.

Last Thursday, with the warm Southern Hills sun shining down upon her, Schaller was hard at it, digging up and removing lots of old and dead vegetation, and then replacing it with colored wood chips, top soil and flowers – most of which were transplanted perennials from her own garden, including blanket flowers, tulips, lilies, mums and many others. She said most all of the materials – aside from her own flowers – where purchased by the City of Edgemont as part of their downtown beautification efforts.

Schaller said she learned her gardening and outdoor skills growing up on a dairy farm in Wisconsin. After living there most of her life, she sold her farm in Wisconsin and moved to Rapid City a few years ago.

But after finding herself often driving through Edgemont while traveling to and from various Rendezvous events as part of her career tanning hides and porcupine quillwork, she fell in love with Edgemont, and decided to move to the community about five years ago.

And she couldn’t be happier, she said, as she’s able to work from home in a quiet and friendly neighborhood, while still enjoying all that life has to offer.

“Edgemont had all the plusses that I was looking for, so I moved here” she said.

And Edgemont is now all the better for her move, as she shares her love and skills with the entire community through her love of gardening and beautification.