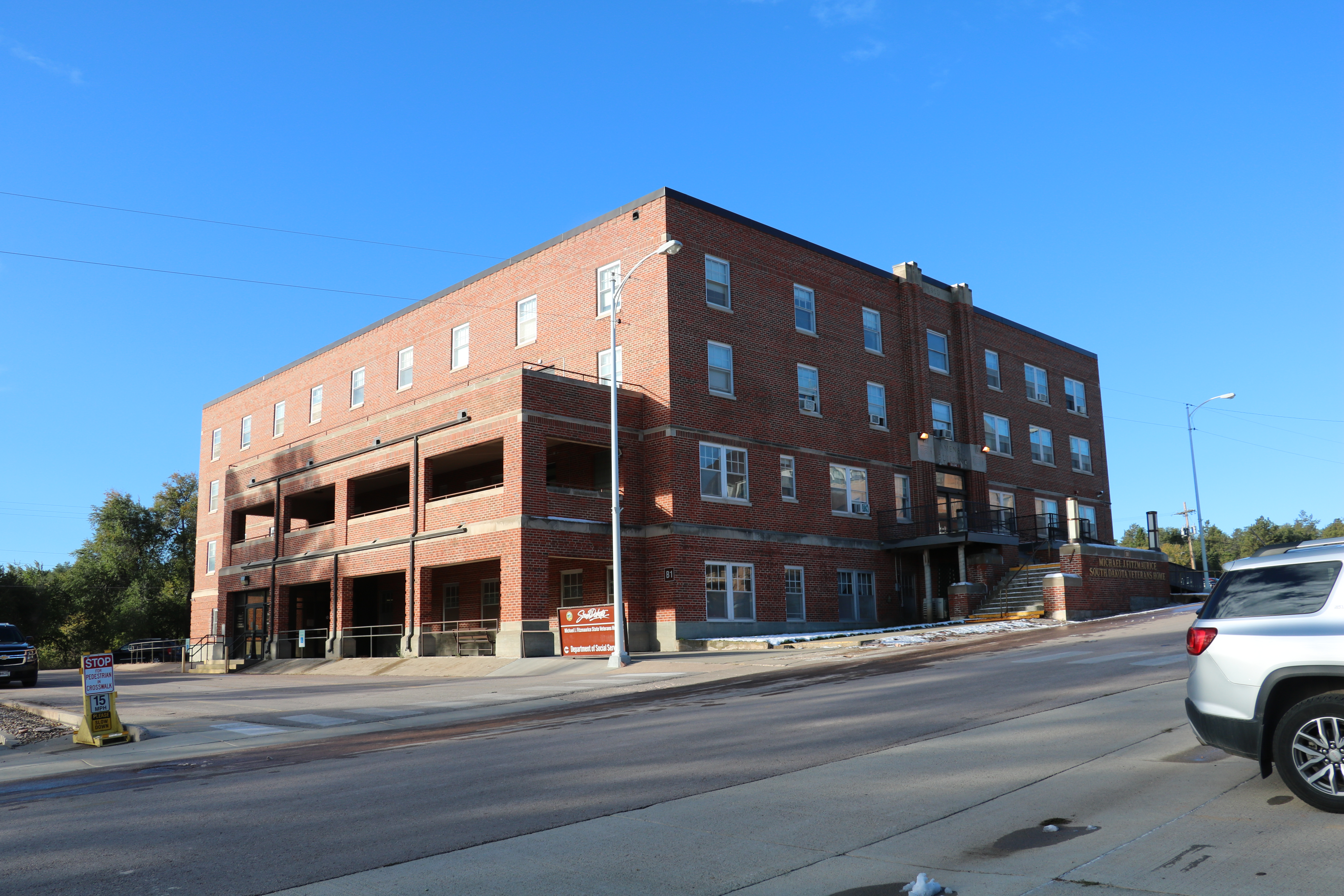 HOT SPRINGS – The City of Hot Springs and residents Don and Cathy Olstad moved one step closer, this past Monday night, Oct. 15, in finalizing a land swap that would put the entire Armory property in the hands of the city, while also paving the way for an elderly housing duplex to be built on a portion of the currently city-owned Canton Avenue property, which was formerly the site of the city’s water fill station.

The Olstads currently own the corner lot on Evanston and 11th Street (north end of old Armory lot across from Butler Park) which abuts the Amory building itself and is 125-feet x 132-feet (16,500 sq. ft.) and valued at approximately $20,000.

The Canton Avenue lot, which represents only the one corner lot of the four platted lots where the water fill station was once located along 21st Street, is 90-feet x 150-feet (13,500 sq. ft.) and was recently valued at $14,729.

The topic of the land swap was first brought to the attention of the Hot Springs City Council at their Sept. 17 meeting, where a public hearing was set for Oct. 15. During this past Monday night’s public hearing, the council however also heard from Ellen Conroy, representing Blue Angel Properties. She said her company was interested in possibly submitting a proposal to develop the entire Canton Avenue property for Workforce Housing, but that if the city swapped out the corner lot of that location to the Olstads, it could interfere with their plans and prevent them from moving forward with developing anything at all on the three other platted lots.

Mayor George Kotti asked Conroy if her company would be interested in developing the Armory property instead, to which she replied that they might, but that they had concerns about who would be responsible for removing the Armory building. Kotti replied that the city had applied for a grant to have the structure removed but that they did not receive those funds, which would make the building’s removal a negotiable item between the city and a potential developer.

Further discussion amongst Don Olstad, councilmembers Bob Nelson and William Lukens, and Mayor Kotti addressed the advantages to the city of making the land swap as it would not only guarantee development of at least a portion of the Canton Avenue property soon, but also make the future development of the Armory property more feasible for a future developer as it would allow for easier access to utilities and avoid the need for a construction variance to demolish the old building. Nelson also pointed out how the city would come out ahead in terms of land value, as the Olstad property was worth more than the city’s property.

After the public hearing was closed, a Resolution of Intent was approved unanimously by the council to move forward with the land exchange. Mayor Kotti however reminded the council the the passage of the resolution did not finalize the deal, as the details would still need to pass through Planning & Zoning, and that City Administrator Kim Barbieri and the Olstads would need to finalize how the exchange would take place. Once that is done, it would again come before the full council for the final approval.

Two other resolutions were also approved unanimously by the City Council in relation to the city’s $1 purchase of real property commonly known as Building 1 Men’s Dorm on the campus of the State Veterans Home in Hot Springs. The first resolution (2018-20) approved the purchase by the city, and the second resolution (2018-21) approved the gratuitous transfer of the property from the city to the Southern Hills Future Foundation (SHFF).

Brian Spitzer was on hand at the meeting and represented the SHFF and told the council that he was only the spokesman of the group, which also included other private citizens like John Pence of Hot Springs, Heidi McBride of Edgemont, along with corporations like Black Hills Energy and Golden West Telecommunication. Spitzer said SHFF “has the future of Hot Springs in our eyesights,” and that they plan to utilize the former State Home building to provide economic development opportunities for the area by recruiting business.

After the meeting, Spitzer told the Fall River County Herald that South Dakota Social Services, which is currently located in the lower level of the building, wants to remain in that location and will thus become a tenant of SHFF and lease the office space. Spitzer said they are already fielding interest from others regarding renting additional portions of the building as well.

In other business, the city council also:

• Approved the First Reading of Ordinance 1193, which includes some extensive amendments to the city’s traffic regulations.

• Learned during a Public Works Committee Report that the SD DOT is offering their lot at the corner of University and Chicago (former Sturdley building that was torn down) for sale to the city. The city is researching the offer and will decide at a later date if it is in their best interests to purchase.

• Approved an Use Agreement for Southern Hills Community Recreation Initiative to use the Mueller Civic Center for youth gymnastics from Nov. 2018 – Feb. 2019 coinciding with the Hot Springs High School use of the facility for gymnastics.

• Approved hiring Pat Ginsbach as co-counsel to support City Attorney Garland Goff in the Corner Construction lawsuit at a rate of $125 per hour for duties assigned by the city attorney. Goff explained that it was his recommendation to hire Ginsbach due to his knowledge of the case, since he served as the Hot Springs City Attorney during the time the lawsuit originated in 2005-06.

• Approved a codification agreement with American Legal Publishing Corporation, which will help standardize the language in the city’s many ordinances, while also publishing them online.

After purchasing this building for $1 from the State Veterans Home, the City of Hot Springs on Monday night, Oct. 15, officially approved the gratuitous transfer of the property to the Southern Hills Future Foundation for economic development purposes