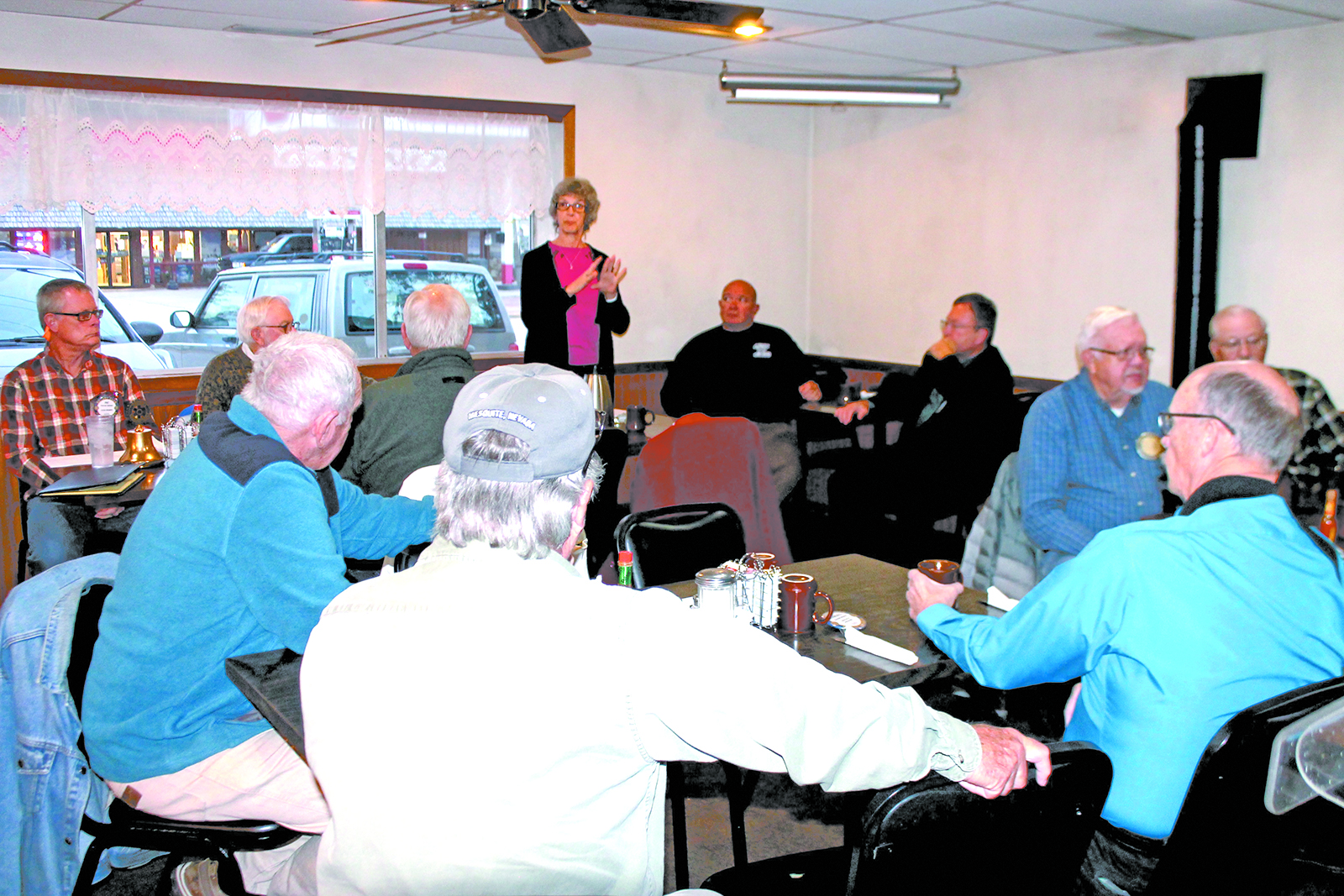 HOT SPRINGS - If you were a child in the 1950s or earlier, you may know friends or relatives who contracted the contagious crippling disease polio. After the Salk vaccine was given to children in the early-to-mid-’50s, the cases of polio greatly diminished, then totally disappeared from South Dakota and the United States. Since 1979 Rotary International has played an important part in the fight against polio throughout the world and in 1985 started a project named PolioPlus, which the Hot Springs Rotary supports.

“Our club has donated to PolioPlus for more than 30 years,” said Gary Schuh, who is a charter member and secretary of the Hot Springs club. “We want to eradicate polio from the face of the earth.”

Rotary International has declared Wednesday, Oct. 24 as World Polio Day. The Hot Springs Rotary will commemorate World Polio Day on both Saturday, October 20 and Thursday, October 25. On October 20 Rotary is asking the public to donate used wheelchairs by bringing them to the American Legion between 9 a.m. and 1 p.m. The wheelchairs will go to Hope Haven in Iowa, where they are collected and taken to a factory in Guatemala to be renovated.

Then, on the 25th the Rotary will host special speakers at its weekly meeting at Dale’s Restaurant at 7 a.m. The speakers will be Dr. Harold Fromm, a retired surgeon of Rapid City, and Dave Batchelor of Hot Springs, who was a child polio patient at the Lutheran Hospital, which later became the Castle Manor Nursing home. Batchelor grew up in Hot Springs and said he and other kids in his neighborhood who had polio spent six weeks at the hospital receiving treatments. He said he actually felt pretty good and that the time at the hospital seemed like a “six-week vacation.” A short video titled “West River Children’s Hospital & Polio Center – 1949,” about the children’s hospital in Hot Springs, can be viewed on the South Dakota Public TV website at sdpb.org.

Rotary International began its fight against polio with a project to immunize six million children in the Philippines. Today, polio is endemic in only three countries -- down from 125 countries in 1988. More than one million Rotary members have donated their time and personal resources to end polio. They recruit fellow volunteers, assist with transporting the vaccine and work side-by-side with health workers to vaccinate children in polio-affected countries.

Additional historical information about the polio epidemic in Hot Springs will be on display at the Hot Springs Library throughout the month of October. “In 1950 South Dakota had more polio victims per capita than in the whole United States,” said Diane Gross, who is the current Rotary Club President. “Hot Springs played such an important role in taking care of the children.”

Here’s a little history of the Hot Springs Rotary Club. The club was chartered on November 9, 1981, with 35 members. Three of the original members remain in the club. They are Ken Tonsager, Mike Ortner and Gary Schuh.

They first met at the Char Chief Cafe, where the China Buffet is now. Through the years, they met at the Elks Club at noon, also at Bob Brown’s business for soup and salad, at the Super 8 for breakfast, at the Mueller Center for donuts and coffee, and the Evans for soup and salad at noon. For the last 20 years they have met at Dale’s Restaurant on Thursday mornings at 7 a.m.

At first women were not allowed to join Rotary. The first woman to join the Hot Springs club in the late 1980s was Olga Warner, and the second woman was Linda Iverson, who remains a member.

Some of the Rotary’s first projects were the Fourth of July events, which included a free barbecue, a Wild Horse Race, tractor pulls, a dance on the third of July, a 10K run, and a parade. They are still in charge of the dance, the parade and refreshments at the Chamber of Commerce hot dog barbecue at the Mueller Center. Some of their other projects include building restrooms at Centennial Park and near the walking path behind the Mueller Center, picnic shelters at Centennial and Butler parks and a stage at Centennial Park. In the 1990s they brought in a circus during the summers that was held in a tent in Butler Park. They hosted suppers and gave gifts to foster children and their families at Christmas time. They brought in Williams and Ree twice and the Tommy Dorsey Band once to perform at the Mueller Center in ‘88 and ‘89.

Currently, the club provides two $1,000 scholarships for students each year, gives coats, caps and mittens to the schools for students who need them, and puts on brats feeds during Christmas in the Hills and the Home and Garden Show. They conduct the cleanup along the Highway 18 Bypass twice a year and sponsor the Climb Hot Springs event in September. They have a football raffle to raise funds. They put out a tip jar at their events to benefit the Boys and Girls Club. In the spring they have a rummage sale. All these activities support the community of Hot Springs in some way.

Schuh said he finds Rotary rewarding. He has stayed a member through the years because, he said, “The fellowship one gains from fellow rotarians is great. They are a good bunch of people.”

Rotary Club President Diane Gross leads the club’s meeting at Dale’s Restaurant on Thursday, Oct. 11. The Hot Springs Rotary will collect wheelchairs at the American Legion on October 20 and host special speakers at their meeting on October 25 in commemoration of Rotary International’s World Polio Day.