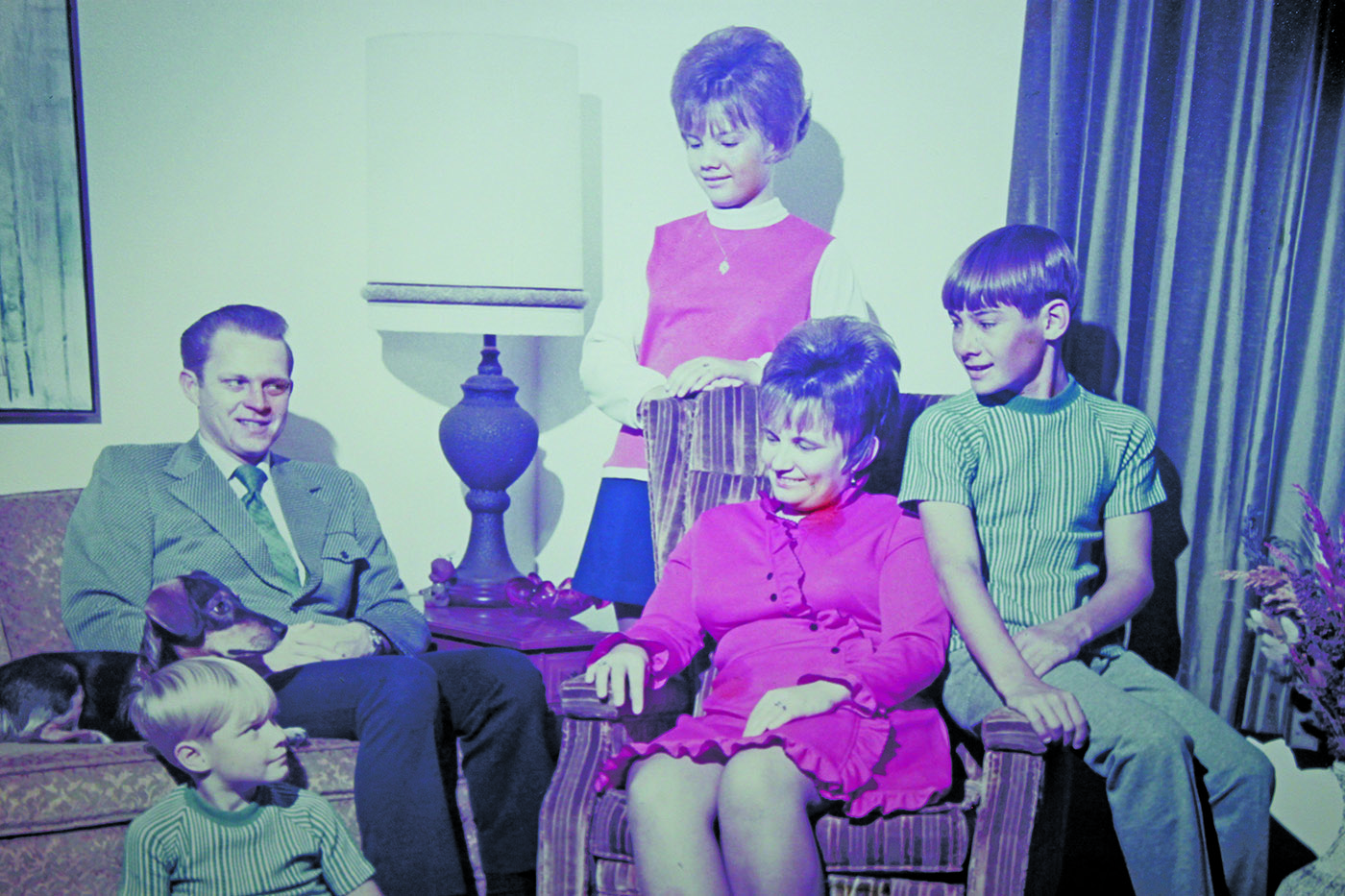 HOT SPRINGS – This year marks the 50th anniversary of operation for Lynn’s Dakotamart, a network of grocery stores each as dedicated to the communities in which they’re located, as the Feist family that still owns and operates the business.

When Lynn Feist was just a young boy, he was given a toy cash register, with which he would play “store.” That register now sits in an exhibit dedicated to him in the Sturgis store; one of 10 grocery stores now under the Lynn’s Dakotamart banner. In 1968, Lynn Feist was done playing store and ready to get down to business. One morning, after working the night shift at Red Owl Grocery in Rapid City, Feist loaded his young daughter Tammy into the car and took off to Faith where he had received a tip that the SuperValu Grocery store was for sale.

“What I remember is, it was late at night and it was (Faith) Stock Show Saturday,” Tammy Sletten (formerly Feist) said. “Supposedly Bob Kelly (the former owner) didn’t want anybody knowing he was selling the store, that’s why he wanted to meet during the (Stock Show) parade.”

There was a stipulation to the sale however.

“Bob Kelly said, ‘I changed my mind, I’m not gonna sell you the store without selling you my house too,’” Sletten said.

So the Feist family moved from Rapid City to Faith, and Feist was finally in business for himself; however, that wasn’t enough for him.

Two years after buying the store in Faith, Feist bought another store in Lemmon and the family was on the move again. The following year he bought a store in Eagle Butte, and the year after that, one in Sturgis. In 1975, just seven years after first striking out on his own Feist built a totally new store in Lemmon and opened his corporate offices there. The business was a family affair from day one.

“I was always on call,” Georgia Feist, Lynn’s wife said. “There’d be a big order and he’d call and say, ‘I need your help, get down here.’”

“We used to get $5 allowance until the eighth grade year and then that stopped,” Jim Feist, Lynn’s oldest son said. “His attitude was’ ‘I’ll give you a job, I don’t care where you work, but you’re gonna work.’”

As the three Feist kids grew up stocking shelves and taking inventory, the two boys found their calling, while Tammy went on to follow a teaching career.

The business continued to grow with stores being bought in Fort Thompson and Lead. In 1996 Lynn Feist passed away, allowing his two sons, Jim and Don, to step in and continue his legacy. Don Feist, who is the administrative head of Lynn’s Dakotamart said whenever Feist bought a store, he would keep the original name and just add “Lynn’s” in front of it. That all changed in 2000 when the company bought “Dakotamart” in Pierre.

“It was always ‘Lynn’s SuperValu’, ‘Lynn’s Family Foods’,” Don said. “We combined the two, just took the ‘Lynn’s’ and ‘Dakotamart’ and added it together.”

In the early 2000s Lynn’s Dakotamart started the “We Care” program which has donated more than $830,000 to charities in the communities they serve through a receipt return program.

Don said it was the example of their father’s generosity and genuine love for all the communities he served that inspired the program.

“More cash gets handled by the banks and the grocery stores,” Don said. “So he just kind of had a responsibility to give back to that community.”

For all the work Lynn Feist poured into helping and growing communities throughout the state, he was posthumously inducted into the South Dakota Hall of Fame in 2004.

“Back in the day most retailers had one store,” Jim said. “ They were content in what ever town they were in. People don’t understand somebody like Lynn that would go to the bank, borrow everything to buy one store, finally scratch and claw, then mortgage that store to buy another one only to get more headaches, more stuff and more stuff. But that’s the kind of guy he was. He was never content sitting still. He wanted to grow.”

Growing the business and community commitment are still paramount in the minds of Jim and Don Feist as they look towards the future. The Sturgis store was the first grocery store in South Dakota to implement barcode scanning.

“At one time we were on the cutting edge of technology,” Don said.

Moving forward Lynn’s Dakotamart will be looking into growing trends of how people shop.

“I would see a lot more online shopping,” Don said. “I would think that that’s going to happen sooner than later.”

Everyone in the Feist family feels the same immense connection to the communities that drove their father to build a grocery legacy, as well as an appreciation for the people who live and work in those communities.

“The Kelly family had the Faith grocery store for 50 years (before the Feist family bought it),” Don said. “To think that here we are 50 years later. Two families have served the Faith community for 100 years now. You’re just humbled.”

“It’s very rewarding,” Georgia said. “Even though I’m not active (in the business) it’s still important to me to see how it’s gone.”

Lynn’s Dakotamart began celebrating its 50-year mark on Oct. 1 with customer appreciation lunches and giveaways in all of their stores.

Look for the insert in the Fall River County Herald or go to www.lynnsdakotamart.com for full details on what’s happening in Hot Springs.

This story is reprinted with permission from the Black Hills Pioneer.