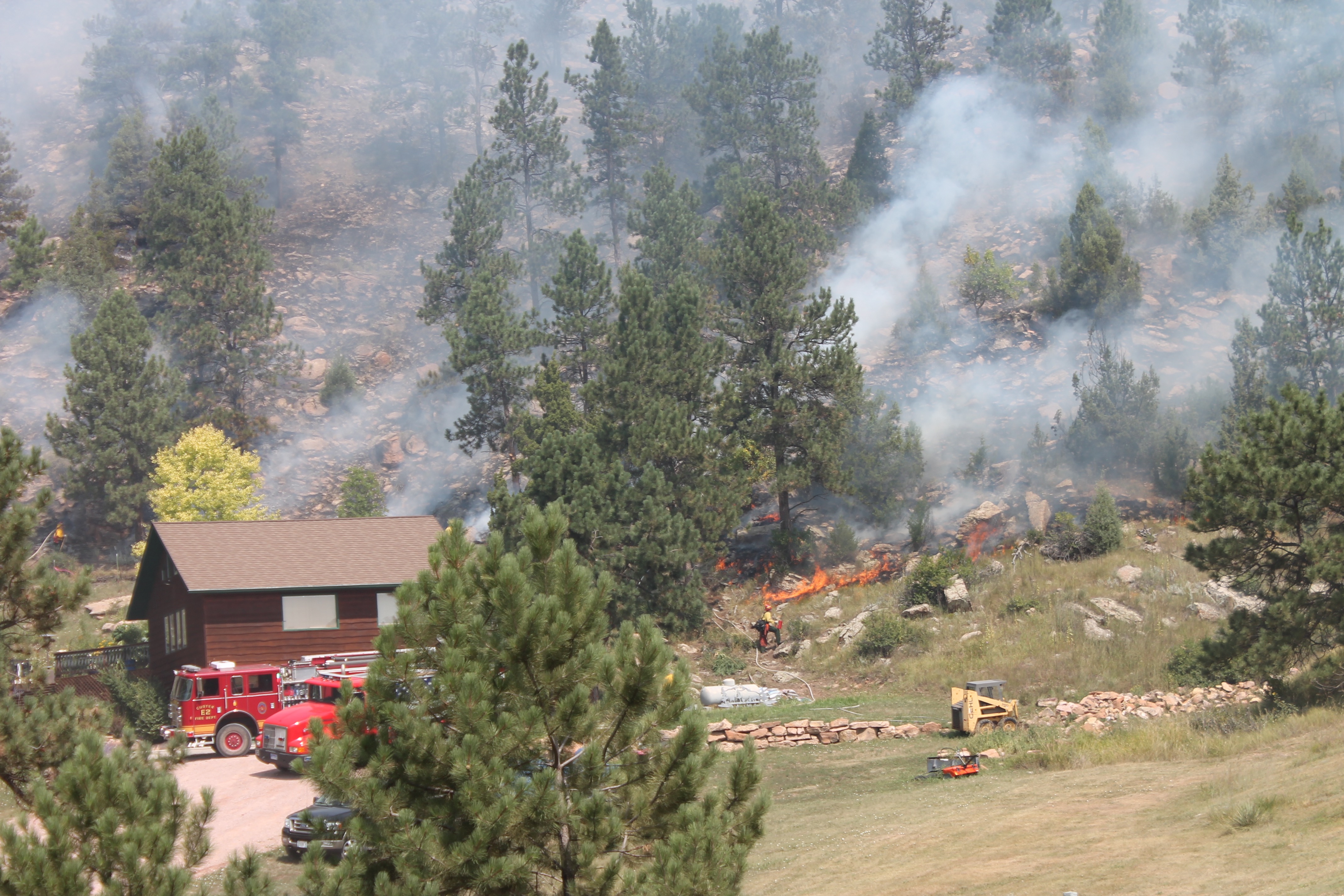 HOT SPRINGS – The Vineyard Fire, which started just outside of the Hot Springs city limits on Aug. 11 and burned more than 560 acres along the southwestern edge of town, may have been caused by a flare gun that was reportedly fired by a juvenile into some tall grass in the middle of an old vineyard along Fall River Road, according to a Wildland Fire Investigation conducted by the state.

In the report, investigator Jeff McGraw states how, after he had examined the area where the fire is believed to have started and interviewing two witnesses who were the first to arrive on the scene, he ruled out many common causes of wildfire, like lightning, equipment use, cigarettes, or burning debris, all due to a lack of evidence. His initial determination then was that it was likely a “hot set” and caused by some kind of incendiary device, “because nothing was found at the scene and it was well off any roadways or trails.”

The two witnesses McGraw interviewed were Tim Hammel and Gary Romey, both of rural Hot Springs. Hammel was traveling on Fall River Road with his son when they spotted the fire, at which time it was only the size of pickup truck.

Romey was also driving by soon after Hammel, and began to try and battle the blaze with a slide-in fire suppression unit on his truck. The strong winds however made the fire too intense to control and it soon got away from them.

The report states that neither Hammel nor Romey said they saw anyone else in the area during the initial start of the fire, but thanks to their initial attack, they were able to narrow down the area in which it started, which helped in the investigation.

McGraw’s determination of a “hot set” was made on Tuesday, Aug. 14, prior to the fire being fully contained but well after it had been perceived as a threat to the community. Later that same day, McGraw said he received a call from Zach Schafer with the Hot Springs Police Department, who had received a call from a 16-year-old female earlier that day.

“The female stated that her boyfriend, who is also a juvenile, possibly started the fire with a flare gun,” McGraw’s report states. Later in the report, it says the flare gun was fired from a car.

While the report goes on to say that nothing found at the scene supports that notion, further investigation into that claim is being handled by the Fall River Sheriff’s Department and Division of Criminal Investigation.

No further information however was available at this time from either of those two agencies.