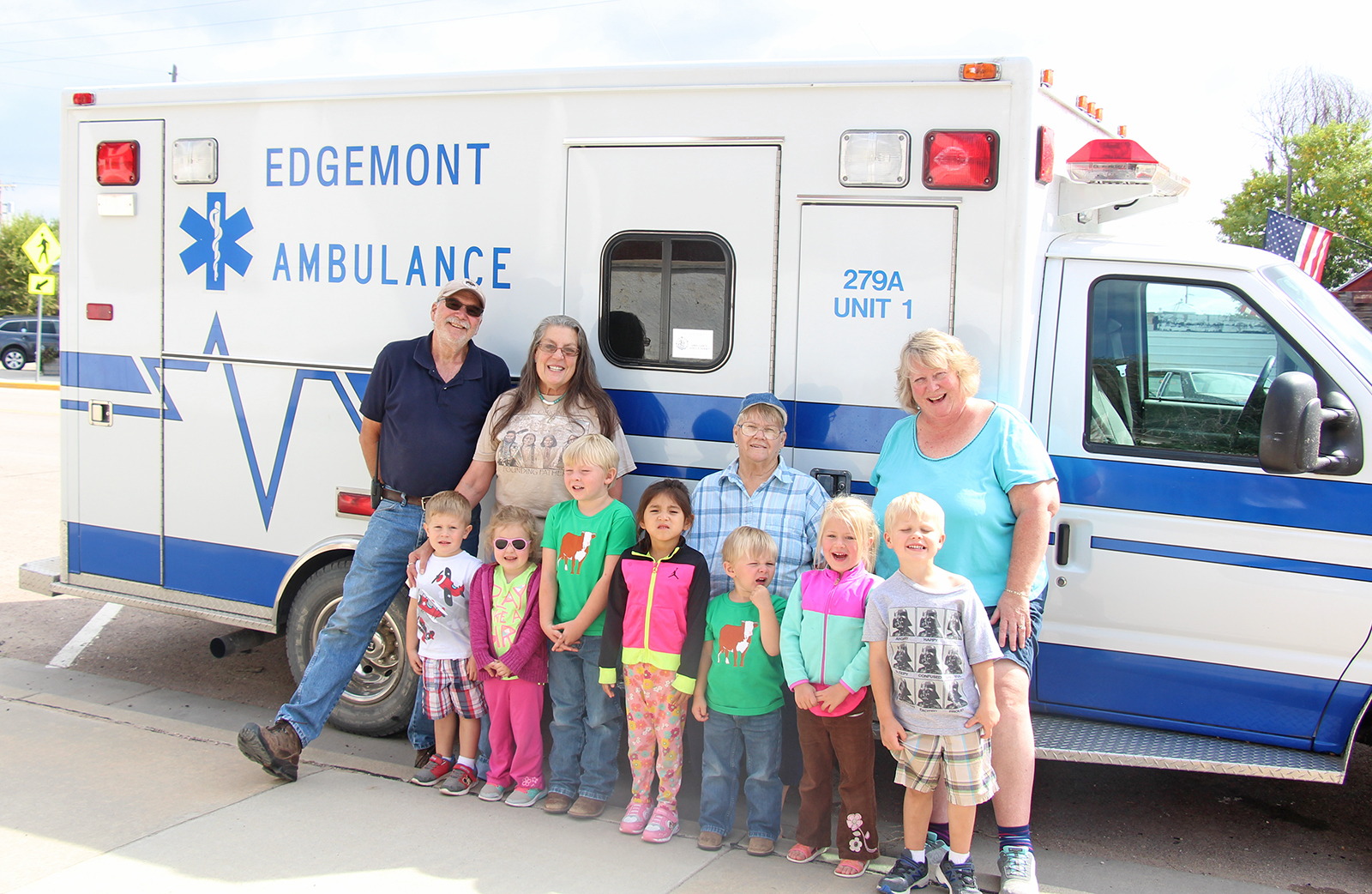 EDGEMONT – Edgemont Preschoolers were able to ride in the Edgemont Ambulance around Edgemont and learn what EMT’s do for sick and injured individuals on Tuesday, Sept. 4.

First Responder Bill Kreutzer and former EMT and current Ambulance Board Secretary Gay Darrow also gave the students and staff a tour of the city’s new ambulance barn, which included showing them where EMT’s study and sleep if necessary and all of the equipment needed to help people get to the hospital.

The highlight of the ride was a trip up Airport Hill to run the lights and sirens. We are very grateful for the community helpers who assist us in time of need. The trip in the Ambulance is always a highlight of Edgemont Children’s Centers “A” theme week which also includes lots of Apples, Airplanes and Animals.