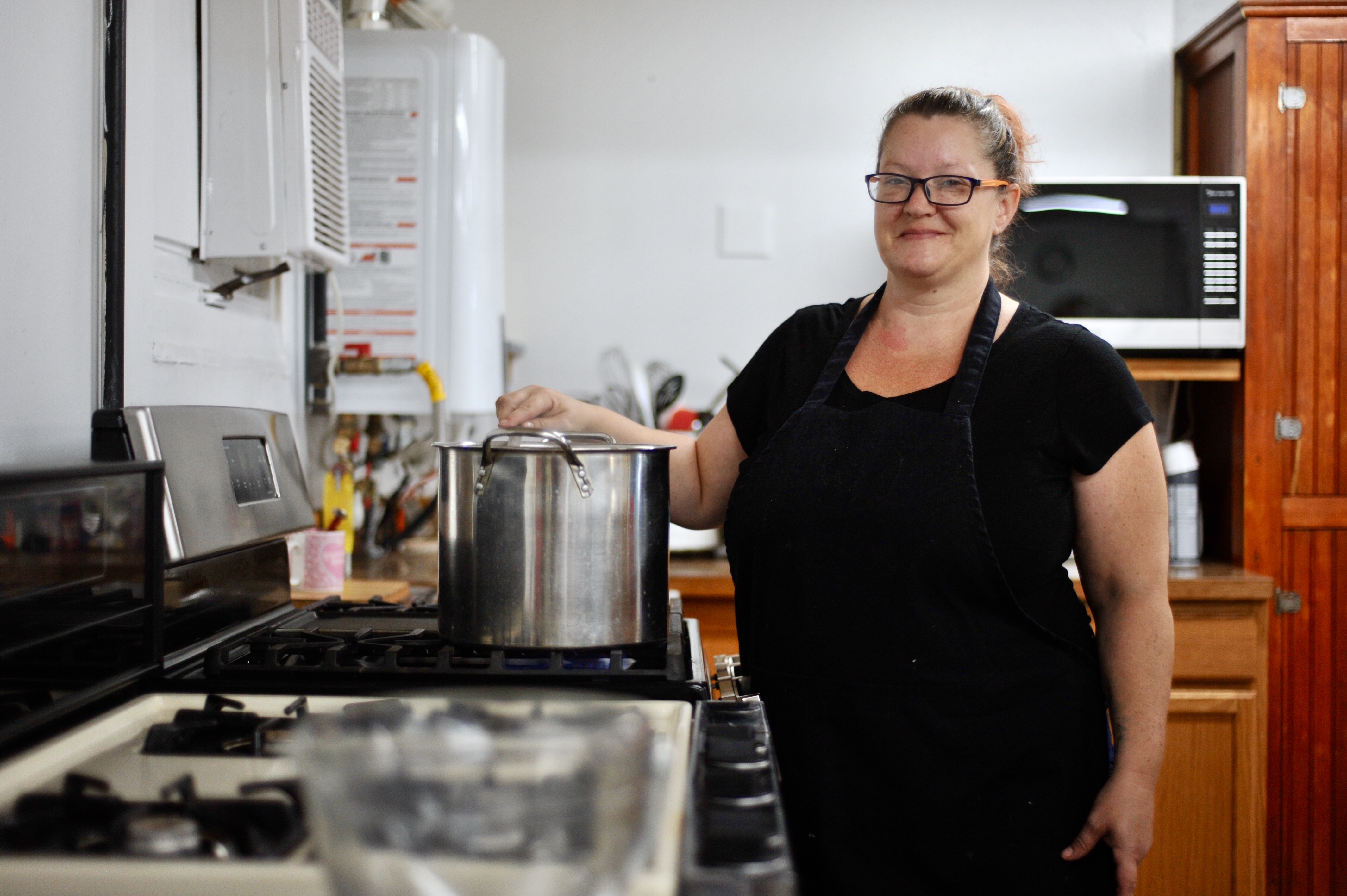 EDGEMONT – A friendly face new to the Edgemont Senior Citizen’s Center but not new to Edgemont has joined the staff. Carmen Lee accepted a position as head site cook manager around Aug. 22, her first time as a cook manager, though she isn’t new to a commercial kitchen.

“I heard about the position from a friend and thought I would apply,” the Edgemont native said. “It’s like cooking at home but for more people.”

The senior center serves around 27 to 33 people Monday through Friday and all ages are welcome. Monetary donations are welcomed for meals, and Lee also loves to include local fresh fruits and vegetables in her recipes.

While she has learned several new recipes during her time at the senior center, Lee’s favorites to cook are the staples like meatloaf or meatballs.

Lee garners inspiration from her favorite cooking show “Chopped”, in which four contestants must successfully make a meal from odd pairings of food at the fear of being “chopped” or eliminated from the show.

Cooking for the community is what Lee is most looking forward to. “I just like the people,” she said. “Oh my gosh, they’re great people.”

She has, thus far, been well received by those attending the senior center lunches.

“Wonderful, she’s wonderful!” said Henrietta Ritzman. “She has the food hot. At times in the past, the food wasn’t hot, and she makes it taste good. I give her an A+, and she’s very nice too.”

Lee is a lifelong resident of Edgemont and is glad to have the opportunity to work close to home. She has three grown sons, two of whom live in Montana, and the other lives in Edgemont as well.

Carmen Lee, an Edgemont native, has been working as the Edgemont Senior Center’s head site cook manager for about six weeks.