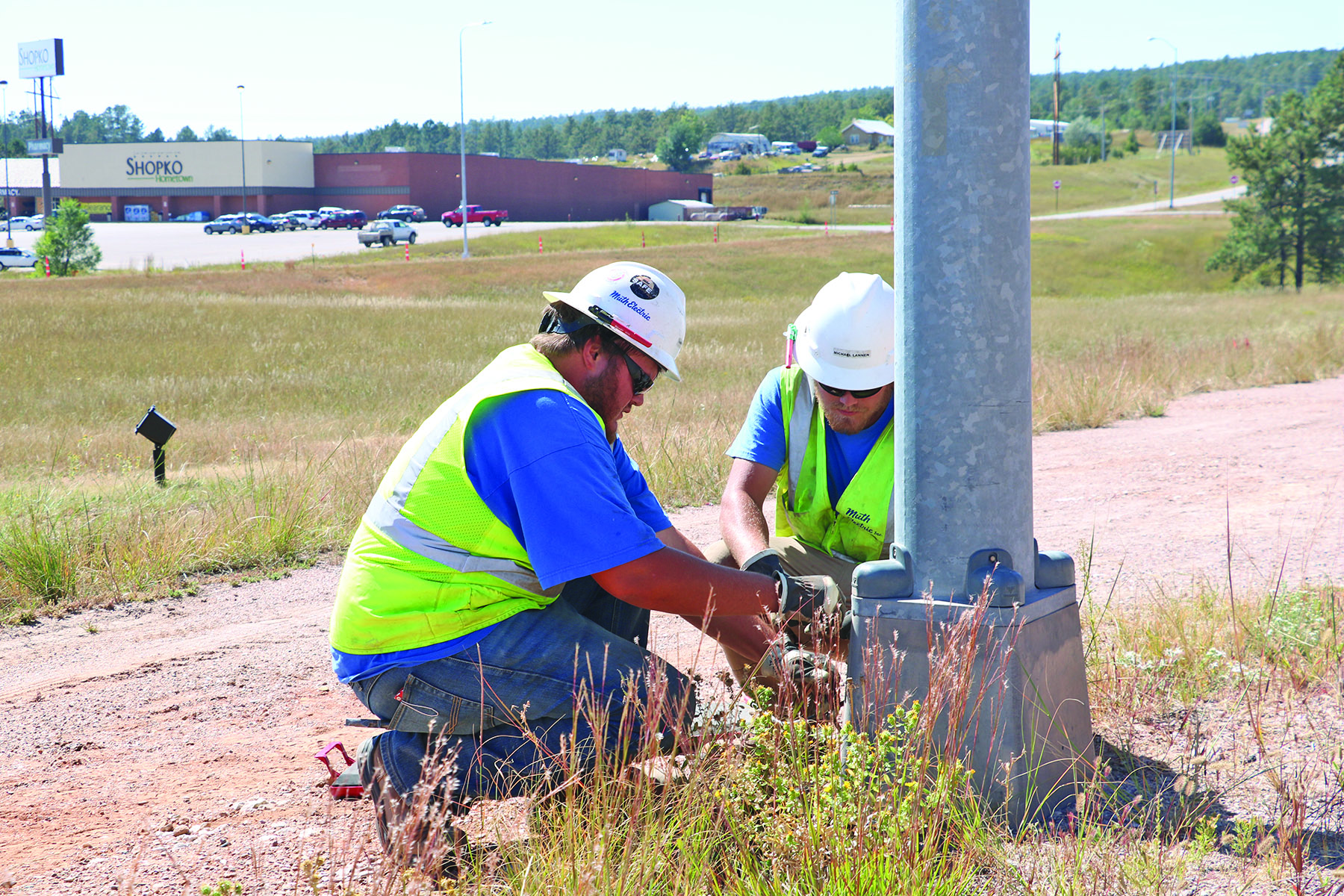 HOT SPRINGS – Night time travelers up and down Hot Springs’ Hwy. 18 truck by-pass will soon have a much brighter road on which to drive, as the South Dakota Department of Transportation (DOT) completes a project to install new lighting from Big Bat’s gas station at the bottom of the by-pass, all the way up to the top, where it rejoins Hwy. 18 and University Avenue.

The full project includes installing 44 new LED lights placed on 50-foot poles that are spaced 250-feet apart, according to Rich Zacher who is branch manager of the DOT’s office in Custer. The previous system on the bypass had only nine lights, of which all will be removed and replaced with new poles and lights.

“The old system only lit the intersecting roads,” Zacher said. “The new system will light the route continuously. Continuous lighting is a much better way to illuminate the highway. The project is funded using both State and Federal funds. The project bid price was $390,992.00.”

Zacher said the City of Hot Springs requested (via resolution) that new lighting be installed on the US18B truck route in conjunction with the reconstruction project that is being planned through town in the next few years. “The DOT determined that a new lighting system was warranted, and to not complicate the urban reconstruction any further, created a standalone project to light the truck route.”

While the DOT is responsible for installing the lighting system, Zacher said the City of Hot Springs will be responsible for maintaining the system and paying for the electricity.

He added that the goal for turning on the lights is Oct. 12.

One of the final stages of the project was scheduled to commence earlier this week, as crews  will work from Big Bat’s Gas Station going west four blocks to the City of Hot Springs water filling station.

Through this area, the contractor will move traffic from the eastbound lane to the center turn lane and westbound traffic will remain in the westbound lane.

Motorists are asked to slow down and be aware of suddenly slowing and merging traffic as well as construction workers and equipment working adjacent to the shoulder.

Employees with Muth Electric – Michael Lannen and Jarett Hestekin – work on the wiring at the base of one of the 50-foot light poles located at the top of the Hwy. 18 truck by-pass on the edge of Hot Springs. The new lighting project is expected to be completed and illuminating the southwestern portion of town by Oct. 12.