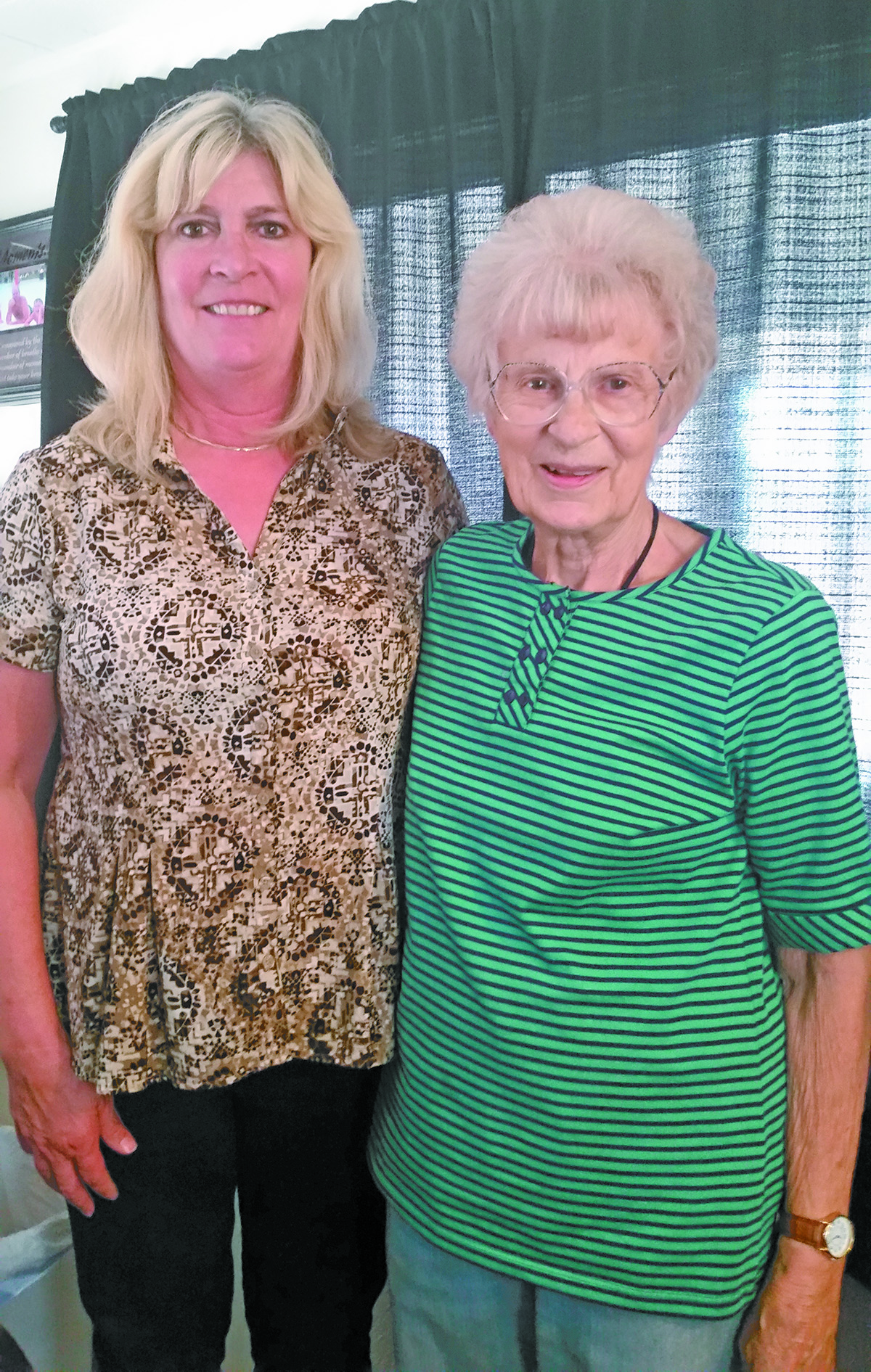 HOT SPRINGS -- When Bernice Landers was crowned Homecoming Queen of Hot Springs High School in 1956, she was very surprised. “I moved up here when I was a sophomore and I was only here for three years, and the beginning of my senior year, I was voted homecoming queen. Talk about a surprise,” Bernice exclaimed, her excitement still evident 62 years later.

“I was president of the pep club my senior year so I had to get everything arranged for homecoming, not realizing I was doing it for myself,” she said, pronouncing, “It was a fun time considering I was up here only two years. Then when my daughter Kim won homecoming queen, that was the cherry on the pie.”

“At that time, the band and the kids from the school would have a snake dance through town and wind up at the Kidney Springs band shell, where we would have our pep rally,” she said. After the football game there was the customary dance where she and Hill were first on the dance floor. Bernice’s elaborate homecoming crown is on display at the Pioneer Museum. “I didn’t get to keep it, so it got there somehow,” she said.

After high school, Bernice went to Springfield, S.D., for a summer school program. “I thought I knew enough to teach so I wrote to the superintendent and I opened a country school south of Tuthill, S.D. After two stints teaching at the country school, she met the love of her life, Ralph Landers, and married him in 1958.

“I went out to the ranch and I’ve been there ever since. I love it,” she exclaimed.

Bernice is very active in the community, as president of the Southern Hills Cattlewomen, and sheriff of the Jedediah Corral Westerners Club. She said she’ll be giving that title up though after 25 years wearing the badge. She said the cattlewomen club, whose main purpose is to promote beef, formed in Fall River County in 1954. She joined in 1958 and has been a member ever since and president for the last 26 years.

“I’ve enjoyed my life. I wouldn’t change a thing, except to still have Ralph around,” she said. (Ralph passed away in 2003.)

Her daughter Kim Landers was Homecoming Queen in 1978. “We didn’t have any snake dance,” Kim said to Bernice. “We did have the homecoming parade. Back then, we had a whole week to work on the floats and they were extravagant and having the first place float was a big deal,” said Kim.

She was senior class president and was in charge of getting the float done.

“I was so preoccupied I really hadn’t thought much about winning queen. I knew my mother had been queen also, and that made it extra special to be able to share that. I remember just being shocked. I remember rushing down to get our float done, and we lit the H for the bonfire. At that time there was no King, just an escort,” Kim added. Jim Stevens was her escort.

The process of selecting the queen was debated. In Bernice’s day, all of the senior girls were able to vie for the title. During Kim’s reign, the senior class selected five girls and the whole student body voted from the slate of five, which is still the practice at HSHS.

After high school, Kim went to Carroll College in Montana. She received her bachelor’s degree in social work, and spent 30 years counseling as a social worker. Now she’s back at the ranch, helping mom and is also a certified pharmacy technician at Fall River Health Services. “I’ve raised two boys and I’m living right near mom and love being out there and back in our hometown. I was gone for about 20 years and it’s good to be back.” Bernice is happy all of her children are nearby. “I’m like a mother hen with my chicks gathered around me,” she said happily.

A last minute recall and sad memory for Bernice was that school superintendent Harry Woodward died during her senior year. “Everybody loved Woody,” she said. “It was a sad time for the whole school and whole community.” Woodward will be honored during the homecoming game tomorrow night.